Alma Matters / I Wish You Lonely / Speedway / I'm Throwing My Arms Around Paris / Istanbul / Spent The Day In Bed / Home Is A Question Mark / My Love, I'd Do Anything For You / World Peace Is None Of Your Business / The Bullfighter Dies / All The Young People Must Fall In Love / When You Open Your Legs / Meat Is Murder / Back On The Chain Gang

setlist provided by Famous when dead

When I heard that Morrissey was going to at an Arte Channel secret Berlin show to be taped I signed up for their audience guest list and although all tickets were taken, I received this today...

For all those who could not get any space for the recording with Morrissey on the 11th, a small consoling patch:

Arte Concert shows the entire performance live on the Internet.

In the following link, you can follow the Morrissey concert in real time from about 6:50 pm.
https://www.arte.tv/de/videos/078567-002-A/berlin-live-morrissey/

Should you have something else tomorrow evening, the stream will be available for 24 hours in the media library under this link.

We wish you lots of fun while singing and singing!

God - what an awful bunch of musicians Moz has around him. So sad. Just imagine that voice paired with a decent band. Of the new material,´Day in Bed´is ok - typical Moz pop - and also ´All the Young People´ and ´Home is a Question Mark´ sound standard Moz album tracks. ´I Wish You Lonely´ sounds just dreadful. Hectoring and humourless. And ´Open Your Legs´ even worse. Moz really has nothing left to say going on this mew material.

Famous when dead said:
Ok, for those not liking torrents:
The on demand version of the broadcast is MP4 and was very easily saved via Chrome and a mobile phone.
This link is for the entire gig @ aprox 460mb in MP4 - directly downloaded from the site.
www.transfernow.net/792iy082pphc
Enjoy,
Regards,
FWD.
Click to expand...

Thank you, great quality. Yesterday was a very nice day for many reasons, and this video will be a reminder of one of those reasons.

Anonymous said:
Do you all descend (ascend?) into a non-tolerant hate fest on each thread in order to be ironic, given the reputation of the people on this site?

It's as if threads on this site can't be allowed to rise in spirit. Someone's view MUST MUST MUST be torn down.

'Yeah, coz the rest of the internet isn't like this is it, c**t face'

'Who appointed you moral guardian of the human race knobdickcheeseburgerbastard?'

'When have you ever had a single in at number 81 in the German Chart?'

Please add your own 'create hate' responses.
Click to expand...

Yes, they would be better, but seemingly beyond us on a sustained basis.

hand in glove said:
This is not an Oscar Wilde quote.
Click to expand...

Yes it it is my dear friend

"My Love I'd Do Anything For You" sounds like BLACK SABBATH!!
Hot. Descending power chords for the WIN
A decent live video not shot by Millennial relatives (in b/w) would be righteous.
A

ninetimesfined said:
Benny, posting anonymously without your handle/logo in order to make people think there are multiple people carrying your message, is a bit sad really, and uncharacteristic.
Click to expand...

Sorry 9xFind, but it is totally characteristic, he has been doing it for a while now.

He's not quite intelligent enough to realise that he is using the same 3 or 4 IP addresses. Still, if he is here, he cannot be annoying anybody else...consider it as Morrissey-Solo offering a form of care in the community. His long-suffering wife pays David a monthly stipend, similar to carer's allowance, as Benny being here gives her a much needed break.

yes, it is Viva Mozza I was replying to. You thicko.

surprised no one else mentioned this interesting little addition to the song 'Spent the day in bed'.
"...to say the things he truly feels
And not the words of one who kneels..."
A

is there any video, not just audio, of the whole gig in berlin?

is there any video, not just audio, of the whole gig in berlin?
Click to expand...

You need to download it and make sure you have VLC player first. They have taken it down from youtube already (for now anyway)
BREXITEERS OF THE WORLD UNITE AND TAKE OVER!

They thought we'd just rollover and have our tummies tickled, and they've suddenly discovered that the British Bulldog doesn't behave like that.
A

INTRO - The magazine for Pop, Culture, Life and Style

THE LAST OF THE FAMOUS INTERNATIONAL PLAYBOYS

If the master of poetic melancholy had not only made meaningful statements in the last few months, Morrissey, as part of the arte concert series »Berlin live«, will mainly speak the music.

Even though Morrissey has said in the last few months for the Brexit and the anti-European policy of the former UKIP chairman Nigel Farage, it would be wrong to completely condemn the 58-year-old for his political views. His clear position against Donald Trump speaks for this. It was only in February that "Moz" had sarcastically criticized the US president for the title of his last album, "World Peace Is No of Your Business," in connection with an Internet meme.

But even tonight, Morrissey clearly takes a stand against Trumps's racist agenda. For example, his band members wear black T-shirts with the inscription "Return Of The Black Panthers", based on the "Black Panther Party" founded in the 1960s, their solidarity with the African resistance to the current social oppression in the " United States. However, in the SchwuZ, the political positions of the "Mozzers" are not the focus, but the artistic work of the musician who has been active since 1977. Finally, the grand seigneur of British pop music will release his eleventh studio album "Low in High School" on November 17th.

Six new songs will be released on the same day. In addition to the wonderful first single-release "Spent the Day in Bed" , the powerful "My Love, I'd Do Anything for You" and the touching world embrace "Home Is a Question Mark" leave the strongest impression. However, the classics "Alma Matters" and "I'm Throwing My Arms Around Paris", which have already been given at the beginning, are left with the most euphoric reactions to the audience. One of the earliest highlights of the performance is the »Speedway«, which was played by Gustavo Manzur, as he had already done on the last tour of keyboarder. Morrissey comments ironically: "I dont know what who he is."

At all, Steven Patrick Morrissey's personality is characterized by British humor and a lot of self-irony. So extremely "Mozza", with a wink of modesty about the successes of his new record: "I hope and pray, it will be in the German charts to hopefully number 82 or 81." This casual sovereignty is also reflected when a woman suddenly: "f*** AfD, the nazis in germany! Nazis, f*** off! Racists, f*** off! ". Instead of understanding this correct and important entry as a possible criticism of one's own political views, Morrissey responds coolly: "Do you like Angela Merkel? Yes, you do! Do not be pretend to be rebellious. I've seen your type before. All very well on a friday night, but on saturday a nice chair, some coco, a nice book. «

Despite this perhaps unfair judgment in all nonchalance, Morrissey treats his fans with respect and affection. Not only does he shake hands in the front rows, but he also takes the time to give an autograph during the show. The fact that a Morrissey concert is still not an oasis of well-being is illustrated by the extraordinarily intensive "Meat Is Murder", which the long-time vegetarian as the only The-Smiths song today, the words "Do not forget your friends, who need your help and are begging for your help and are in desperate conditions. " A backdrop of The Chainback's "The Pretender" cover finally ends with an impressive performance that anticipates the release of the new album with anticipation.

is there any video, not just audio, of the whole gig in berlin?
Click to expand...

vegan.cro said:
Yes it it is my dear friend

No. No it isn't. I encourage you to explore and learn more about Wilde before you search the internet randomly. This is not a genuine quote. Sorry to say. I wasn't going to reply, but...

No. Listen to his tone on Alma Matters . He just shits all over it. It's not even his technique half the time. He picks wildly inappropriate sounds for the material and sounds even heavier handed than he actually is.

hand in glove said:
No. No it isn't. I encourage you to explore and learn more about Wilde before you search the internet randomly. This is not a genuine quote. Sorry to say. I wasn't going to reply, but...
Click to expand...

I read books, I drink wine and I know things 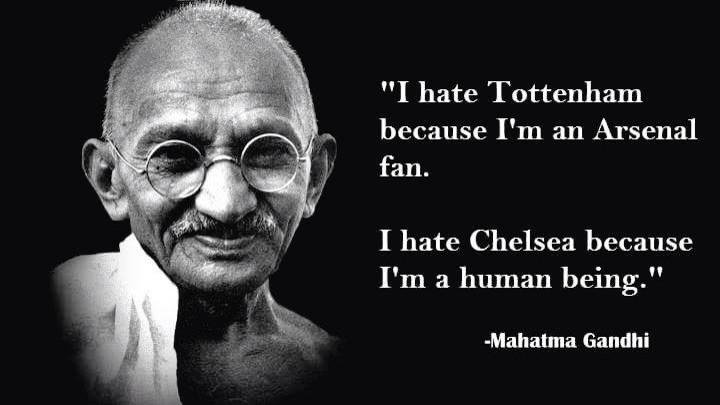 It’s important to be thoughtful about my royal status because — even with the Oprah interview - I was conscious of the fact that there are little girls that I meet and they’re just like ‘Oh my God, it’s a real-life princess’.
A

Quote investigator, which is a neat site, says no though Wilde did ride in an automobile owned by a friend of h and make a comment about it
A

hand in glove said:
No. No it isn't. I encourage you to explore and learn more about Wilde before you search the internet randomly. This is not a genuine quote. Sorry to say. I wasn't going to reply, but...
Click to expand...

genuine knowledge is in the books
You must log in or register to reply here.