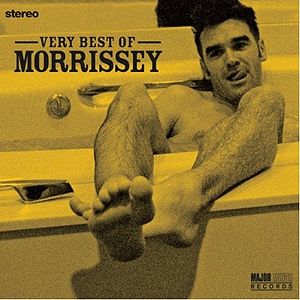 Housed in Gatefold Digi-Sleeve with no inner sleeves.

Additional info not printed (as such) on the release: CD-7: "Tomorrow" is the US mix CD-9: "My Love Life" is the US Single version CD-17: "Interlude" is a Morrissey solo version (without Siouxsie Sioux) All DVD videos are remastered, except DVD-8.

Very Best of Morrissey is a compilation album by Morrissey, containing material he released during the 1980s and 1990s on EMI. It was released on 25 April 2011.