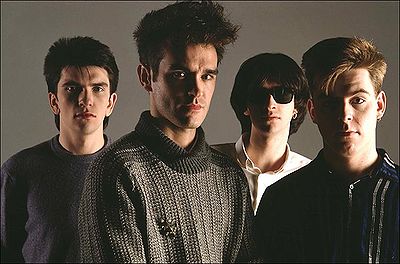 Morrissey and Marr each took 40% of The Smiths' recording and performance royalties, allowing 10% each to Joyce and Rourke. As Joyce's barrister would later argue in court, the bassist and drummer were treated as "mere session musicians, as readily replaceable as the parts in a lawnmower".

In March 1989, Joyce and Rourke started legal proceedings against their former bandmates, arguing that they were equal partners in The Smiths and each entitled to a 25% share of the band's performance and merchandise royalties. Rourke, who was in debt at the time, settled almost immediately for a lump sum of £83,000 and 10% of royalties, renouncing all further claims. Joyce continued with the action, which eventually reached the High Court of Justice in December 1996. Morrissey and Marr had accepted the previous year that Joyce and Rourke were partners. "The only contentious issue was whether Mr. Joyce was an equal partner entitled to ¼ of the profits arising out of the activities (other than songwriting or publishing) of 'The Smiths'."

Joyce's barrister, Nigel Davis QC, asserted that "it was not until after the bestselling band split up in 1987 that his client discovered he was getting only 10% of the profits". Davis continued: "Mr. Joyce never agreed to 10%, he never assumed he was getting 10%. On the contrary he thought he was getting 25%." Morrissey and Marr – who were represented separately at the trial – insisted that the royalty split had been explained to Rourke and Joyce, though they were no longer sure when that discussion had occurred. As Marr's counsel, Robert Englehart QC, explained, "Some 13 years on, it is extremely difficult to pinpoint the moment when the 40:40:10:10 profit split came into being...But Morrissey and Marr acted throughout on the basis that they would be getting 40% each of the net profits from The Smiths earnings."

After a seven-day hearing, Judge Weeks found in favour of Joyce, ordering that he receive around £1 million in back-royalties and 25% henceforth. The judge also volunteered character assessments of the four antagonists, which were highly favorable to Joyce and Rourke (who gave evidence in Joyce's support):