Difference between revisions of "Sound And Vision - Movieline (1993)" 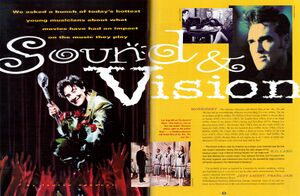 Sound And Vision - Movieline (1993) - [Original scans and transcript by DavidT]