Difference between revisions of "Our Frank (single)" 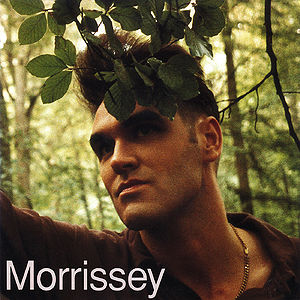 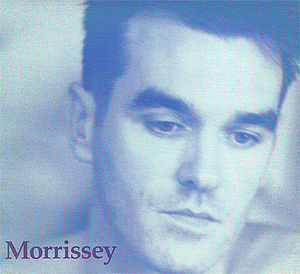 Our frank and open Deep conversations They get me nowhere They bring me down, so Give it a rest, won't you? Give me a cigarette God give me patience Just no more conversation

Our frank and open Deep conversations They get me nowhere They just bring me down, so Give it a rest, won't you? Now will you just give over The world may be ending But look, I'm only human

So Give us a drink And make it quick Or else I'm gonna be sick All over Your frankly vulgar Red pullover Now see how the two colours blend My friend Won't somebody...

Came with a black poly-lined inner sleeve. Durations not printed on labels or cover. "Our Frank" is a song by Morrissey, released as a single in February 1991. It was the first single taken from the Kill Uncle album. It was also the first of his collaborations with Mark Nevin to be released. The single reached number 26 in the UK Singles Chart. This was the lowest any Morrissey single had charted since his first release "Suedehead" in 1988. The accompanying video shows Morrissey surrounded by skinheads in a park: the video was not included on the 1992 The Malady Lingers On video compilation. Despite its title, the song lyrics are not about a person named Frank, but rather they describe "frank and open, deep conversations" that get Morrissey nowhere and leave him disheartened. Throughout the song he complains about his frustration, asking his conversation partner to stop and uncharacteristically demanding cigarettes and alcohol to get through the dross. The final verse, however, sees Morrissey singing "Won't somebody stop me from thinking? From thinking all the time, about everything. So deeply, so bleakly..." indicating that the conversations he so dreads are in fact with himself. This introspective twist gives the song a hit of Morrissey's wry wit, but at the same time it displays the dark uniqueness that pervades the album. The lyrics of "Our Frank", along with the brooding music and strange production (Morrissey's voice is overdubbed and echoed) offer some insight into why the album was poorly received and also why some of the songs have become particularly popular with fans.