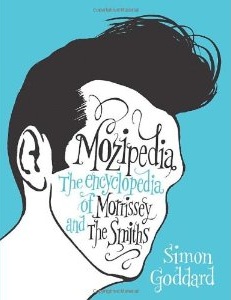 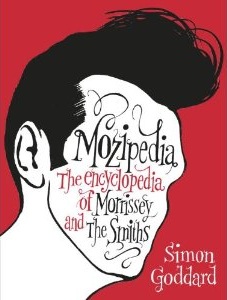 From the Ebury Publishing press release:[1]

Worshipped by some, vilified by others, Morrissey is a unique rock and roll creation. The 300,000 words of Mozipedia make this the most intimate and in-depth biographical portrait of the man and his music yet. Bringing together every song, album, collaborator, key location, every hero, book, film and record to have influenced his art, it is the summation of years of meticulous research. Morrissey authority Simon Goddard has interviewed almost everybody of any importance, making Mozipedia the last word on Morrissey and The Smiths.