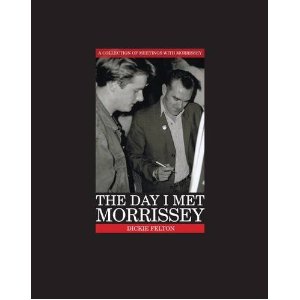 The Day I Met Morrissey

Morrissey International Airport: travels with a popstar and his people. [Dickie Felton's] second book about morrissey fans, rather than the man himself. This time Dickie recounts the tales of the the people who traveled far and wide to see Morrissey during the 2011/2012 tour. A book about the fans, by a fan, for the fans.