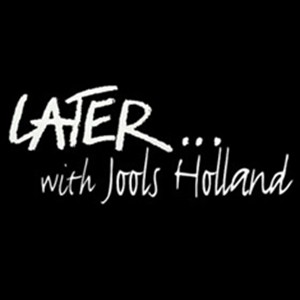 On 10 December, 1992, Morrissey and his band appeared on Later...With Jools Holland and performed Certain People I Know and Suedehead.

On 12 November, 1995, Morrissey and his band again appeared on Later...With Jools Holland and performed The Boy Racer and Sunny. This appearance also included a brief interview.

On 21 May, 2004, after a nearly nine year absence, Morrissey and his band appeared on Later...With Jools Holland. Four songs were performed this appearance, including Irish Blood, English Heart, First Of The Gang To Die, Let Me Kiss You and There Is A Light That Never Goes Out.[2] As in 1995, this appearance included a brief interview.

On 2 June, 2006, Morrissey appeared on Later...With Jools Holland. Three songs were performed this appearance, including You Have Killed Me, The Youngest Was The Most Loved and I Just Want To See The Boy Happy.[3]

On 8 February, 2008, Morrissey and his band appeared on Later...With Jools Holland. The four songs performed this evening were That's How People Grow Up, Something Is Squeezing My Skull, All You Need Is Me and The Last Of The Famous International Playboys.[4]

"All You Need Is Me, "The Last Of The Famous International Playboys"