Last Night I Dreamt That Somebody Loved Me (single) 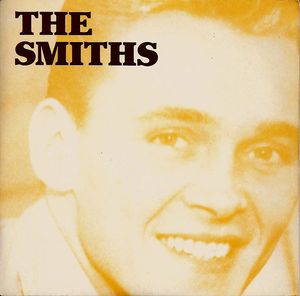 Last night I dreamt That somebody loved me No hope, no harm Just another false alarm

Last night I felt Real arms around me No hope, no harm Just another false alarm

Mastered at CBS. Distributed by The Cartel.

A-Side: Taken from the LP "Strangeways here we come" B-Side: Recorded for the John Peel Show, 1984

"Last Night I Dreamt That Somebody Loved Me" is an edited, shorter version, it does not have the instrumental intro. "Rusholme Ruffians" is an early version (recorded 09/08/1984) and not the album version used on 'Meat Is Murder'.

Mastered at CBS. Distributed by The Cartel.

"Last Night I Dreamt That Somebody Loved Me" is a song by the English rock band the Smiths. Released as a single in December 1987, it reached No. 30 in the UK Singles Chart. It was the last of three UK singles from the band's fourth and final studio album, Strangeways, Here We Come. The album version contains a one-minute and 55-second introduction, consisting of piano playing against a backdrop of crowd noises from the miners' strike of 1984–85. The 7" single release does not include the introduction, while the 12" single does. Both Morrissey and Johnny Marr, the co-writers, have nominated it as the best Smiths song.