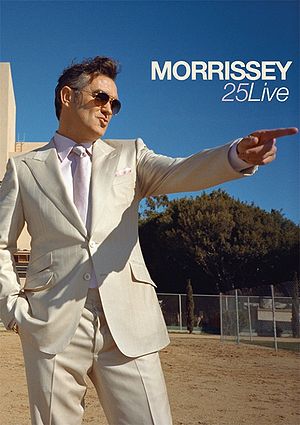 Shot at the Hollywood High School in Los Angeles on March 2, 2013

Morrissey: 25 Live is a 2013 music concert film documentary depicting Morrissey's March 2, 2013 live performance at Hollywood High School in Los Angeles, California. The concert was intended to mark his 25-year solo career following the break-up of The Smiths. The film focused on Morrissey as a performer, rather than as a man.