Difference between revisions of "¡Oye Esteban!" 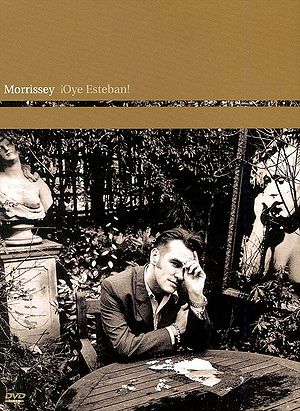 Featured on ¡Oye Esteban! are five videos that have never before been available on a compilation: "Seasick, Yet Still Docked," "The More You Ignore Me The Closer I Get", "Boxers", "Dagenham Dave", "The Boy Racer" and "Sunny" (which was released only as a bonus track on enhanced CD.) Also included is the previously-unreleased, "Seasick, Yet Still Docked", shot in 1992, the video makes its first appearance (in any form) on ¡Oye Esteban! ¡Oye Esteban! ("Hey Steven!" in Spanish) is a compilation of music videos by Morrissey. It has been released on DVD.