Blog entry Gallery
This has been a difficult time for my family and me, this year has been especially difficult because I`ve been ill for most of this year. When I got my anemia diagnoses it explained why I had been feeling so tired and ill. I suspect people thought I was just being lazy but I really couldn`t get myself motivated to get anything done My psych doc thinks that`s also a reason I have a hard time concentrating. I used to love to read, and it saddens me that I don`t have the concentration for that anymore and my bipolar depression doesn`t help that either.

My Mother is my best friend in the world. She is also ill. She was diagnosed a few years ago. I just told this to a friend. I told him that I didn`t tell him earlier because typing those words would make it real and I really had trouble accepting her illness. My Mother is such a kind and gentle person and doesn't deserve the hand that has been dealt to her, She has always been an independent person and I know she misses things like going for a ride in the car and us getting a treat or just even a Diet Coke. I can feel her anguish of not being able to do just little things like that.

We also enjoyed a few nice things this year, In October we took a family vacation to Disneyland and had a really fun time. And I also was able to see Morrissey live this year and I am truly grateful for that. I was so impressed at the kindness of my fellow Morrissey fans when I got dizzy when I was going up to the stairs to my seat. I `ve always met super cool people at most Morrissey shows though.

Here`s to hoping the new year will bring better things for all of us going through troubled times. My only mistake is I`m hoping... 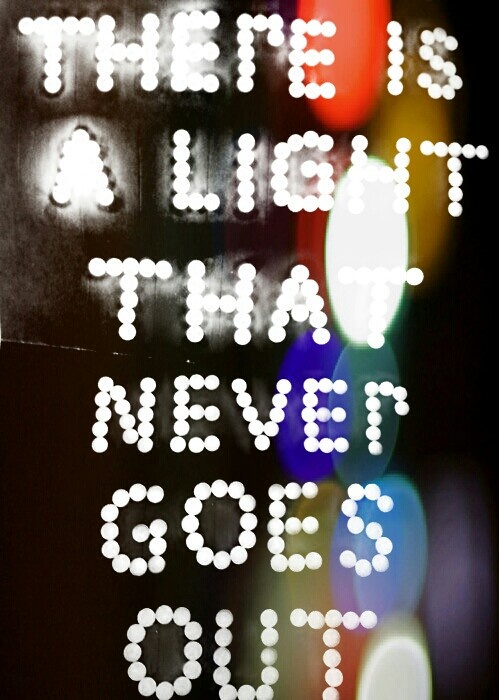