the physical and the spiritual 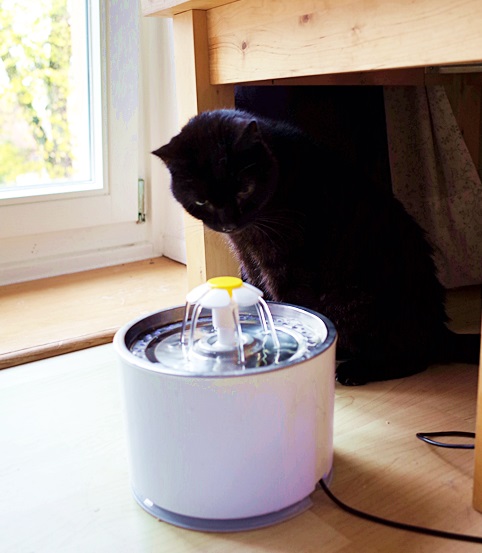 I am staying home today to keep an eye on him. Outside it's sunny most of the time, and the trees are still loosely foliated in yellow and green, but they won't be next week. It'll be all gone by then. I had two sunny days last week, so I am not complaining. I'm gonna cook these quinces here today, which can be quite a time-consuming task, as quinces are harder than apples and thus more difficult to cut up. 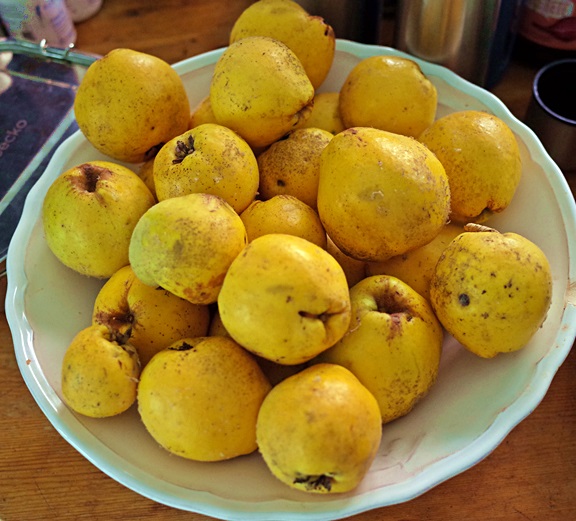 He didn't eat much yesterday and hasn't done so today. I opened a renal liquid bottle, and feed him with a syringe every hour or so. He doesn't like me doing that, but he is too weak for any resistance. The renal liquid looks like milk and it contains all nutrients a sick cat needs, but it has low protein and phosphor levels. Unfortunately, protein is actually what he'd need to build up some strength again, but it's poison for his kidneys. Seems there is no way out. I can see that he is craving protein, as he has been eating from the other cat's bowl regularly and started to ignore the renal food. His kidney parameters are probably high again, that's why he is having bad days. It's a vicious circle with only one way out.

I was shocked this morning when I suddenly saw how bony and skinny he has become around his hind legs, teetering along. Also parts of his fur, especially at his hips and his tailbone is starting to look scruffy, which means that he cannot or doesn't want to wash himself any longer. 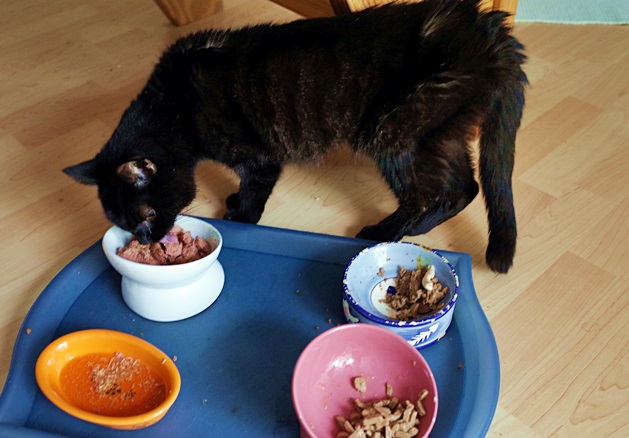 As you can see, there is a big buffet served, every morning and every evening. I put the emergency paste, which he loves, onto the renal mousse food, and he ignores even that. He had only one bite from the low-protein renal chicken. There is some broth in the orange bowl, which he lapped at once or twice, the rest has been wolved down by the other cat. In the white bowl is the other cat's high-protein food. He licked at that a couple times. So, in order not to open one food can after the other and then having to throw it all away a few hours later, I just use the renal liquid, hoping that this will bring back his normal appetite.

At the moment I can't say how I will react to his imminent death. Presently, I am quite composed, sometimes the tears well up, but not for too long, as he is still alive, or I am just too busy, having to clean up after him, which is quite time-consuming. Today I saw an advert at the grocery store by someone offering spiritual care for dying pets and their owners. Just reading this made me cry. He or she promises to find out what the pet is feeling, and if there is something that it wants to tell the owner before dying, like a thank you or some worries that need to be expressed (also criticism?). Anyways, sounds interesting, but I think my cat is so feeble by now, spending most of the time hiding under the sofa, that another human being will first of all only contribute to the stress level. And secondly, I don't think that I am projecting anything onto my cats that has to be dissolved, so that the animal can eventually leave. Only thing I notice is that he makes people want to protect him, as he is so tiny with big round eyes, and affectionate too, and if there is life after death, who is going to care for him?

So, at the moment I am kind of torn between the practical things that need to be done and considered and spiritual questions, and the connction to the animal's soul is always spiritual. Do i need a mediator to connect? Not at the moment, but we'll see. And if we are honest, these offers are there to help the owners (parents) and not the animals that much. He is in a state of avoidance, trying to avoid stress and also pain, and cooling down his boiling hot belly, so it's mostly physical. Not sure, if he has any spiritual needs at all that he cannot take care of himself. 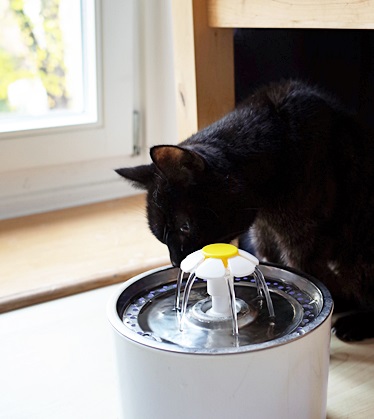