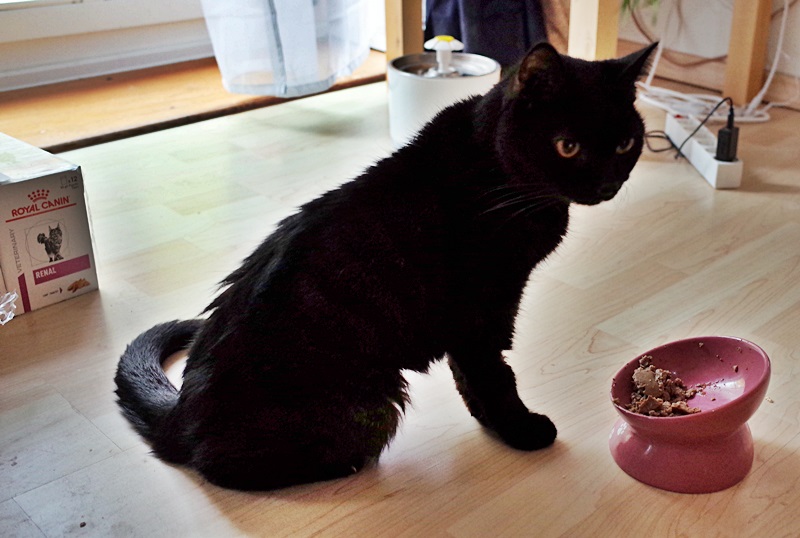 It's the small things that make us happy here. Today he was eating quite a lot despite his feeble condition. I'd say about 100gr of renal cat food and two or three bites from the other cat's bowl. Excuse my product placement, but without this renal cat food, we would be in real trouble. He came out of his cave from under the sofa several times to eat and drink noisily. He is not eating any other of the renal cat food I bought him. This one contains sugar, which is of course not perfect, but if it makes him eat the stuff, we can accept it. I wouldn't feed it to an otherwise healthy cat who has lost its appetite due to whatever reasons. I assume there are sick cats with renal issues who simply cannot develop an interest for food any longer, and then are considered ready for euthanasia, as refusing food seems to be one of the key symptoms that vets are looking out for when it comes to putting animals to sleep.

Yes, he seemed to be a little bit more alive today, and a little bit more present, and showed an interest in things. We had a lil talk as well, before he crawled back under the sofa. Not sure, if this would count as "a good day" in a cat's life, but to me he looked like someone who has made it through a severe disease and is now picking up speed again. But then, of course I know, that this is just an illusion based on former experience, when he had other diseases to deal with and then recovered after some time. It is sad to know, that this time it can only be a slow swing upwards during a downward trend.

Probably some people wonder why I have all this time to follow the cat's every step, but I have some days off, which was actually the perfect timing, and the weather has been awful for quite a while now, with the clouds hanging low and dark, no sunshine for more than a week, and a cold drizzle on top of that. So, I decided to do my chores and just stay indoors, drinking tea and waiting for better days. 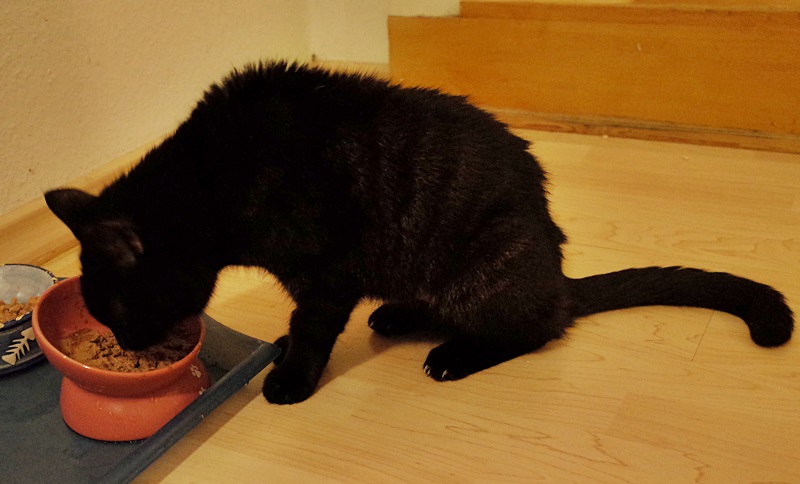 Still haven't found an answer to the question what he is looking for in the potted plant when he is licking at the soil. 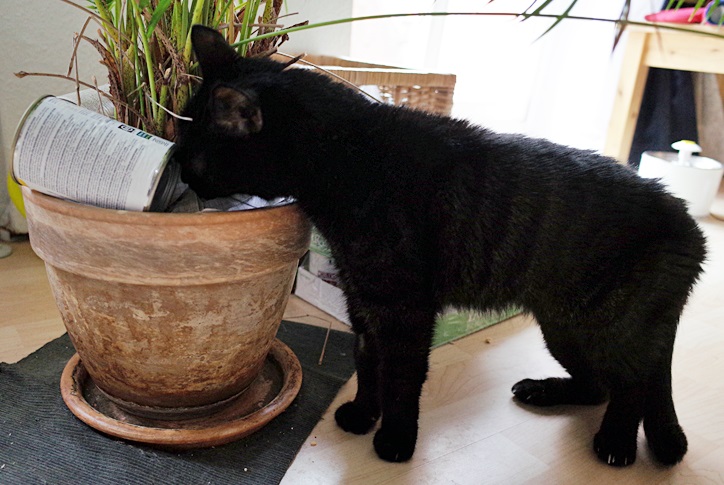 I remembered that I filled up the pot with some soil from the garden a few months ago. Maybe there is the smell of mouse clinging to it?
Share:
Facebook Twitter Email Share Link