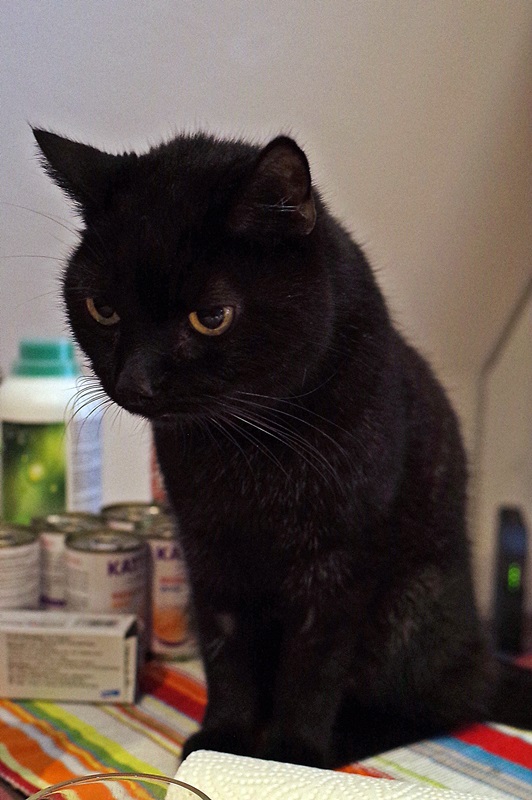 So, we went to the vet again today. This time with the certain diagnosis that it is "only a question of weeks". He is down to 2,7 kg, but he still eats and drinks, especially in the morning. He got a pain killer shot which will last for 24 hours, so that I can see whether there is any difference to his "normal" behaviour without a pain killer. So far, I cannot see any difference, but he looks a bit more relaxed. I can now give him a pain killer whenever I think that he needs one or when he has a fever again, which is a bit of a relief, always keeping his kidneys in mind.

My vets also make house calls for euthanasia, which is a great thing. She told me that this is also important for the other cat, even if they don't like each other much, so that he can say goodbye too. She also told me that she is sure that I will notice any change in his well-being to the worse immediately, I shouldn't worry about this. We talked about cortisone as well, but at the moment, I don't want it, mostly because of his kidneys and because it won't heal him. She agreed. He got one cortisone shot a few months ago, and somehow it was the beginning of the end for him.

She then told me that I have to think about what to do with his body after euthanasia rather now than later. I could reassure her that everything has already been planned. There is another animal funeral parlour closer to us, which she recommended, but their service does not allow owners to be present. They pick up the body, and then return the ashes. I don't want them to mess around with his body and ashes, and who can guarantee that it is actually his ashes I get back and not another animal's, or a mix of ashes from all sorts of animals? No, I have no problems paying more money and time to make sure that everything is done correctly according to protocol.

Anyways, in the meantime my other cat has stopped eating his food. He has become pretty complaining and whiny, and I guess that he is probably feeling all neglected at the moment, or he can sense that the other cat is going to leave soon. He is the senior cat, five years older than the other, and I have always thought that he would be the first to go.

Yesterday I bought three more kitty litter boxes, and today I only had to wipe up and clean one "accident". 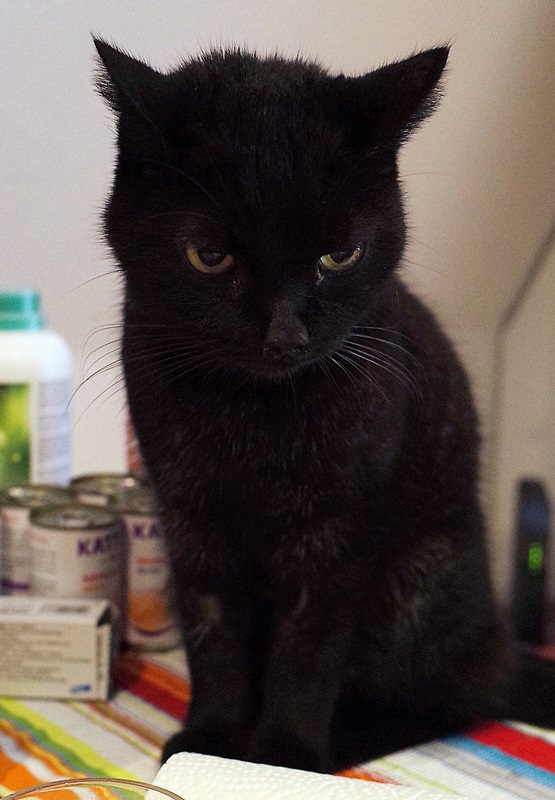 I am so sorry. It is painful to watch them go through so much. My thoughts are with you and your kitty.

hand in glove said:
I am so sorry. It is painful to watch them go through so much. My thoughts are with you and your kitty.
Click to expand...

Thank you, hand in glove. I remember that you lost your cat not long ago.
We demand an end to cruel live transports by road and sea

Only sissies stop watching before 3:00.