Blog entry Gallery
... has happened, days come and go. If you are in need of some excitement, better don't continue reading. 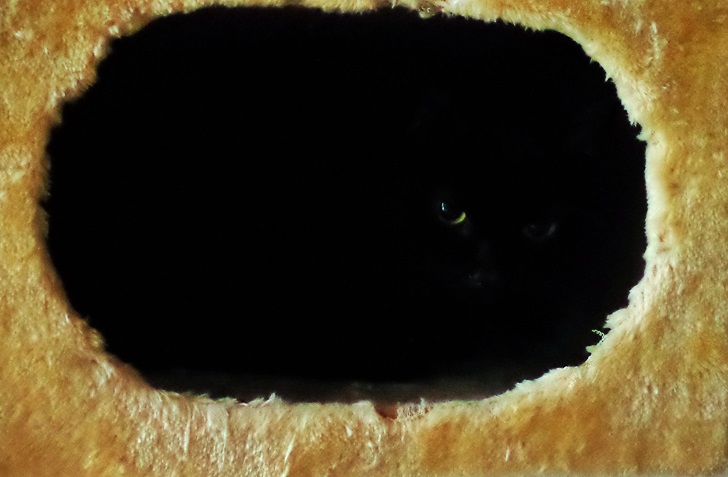 Positive developments: He still eats nicely. He was able to kick the older cat away from the food, just with his head. Amazing, as he has regained the alpha male position when it comes to the food. At the same time, the older cat appears to be weaker than just a few days ago. He was sleepwalking in the early morning, sniffing around unconsciously, which is a sign of low sugar levels in his brain. This happens sometimes when he refuses to eat the cat food that he gets in the evening. I had to clean up lots of "accidents" this morning, which belonged to both cats, with the older cat sleepwalkingly trying to find a litter box and then ending up in an empty plastic tub which he turned over after having peed and pooped inside, for example. No signs of diarrhea anywhere, which is a good sign.

He also noticed me and showed an interest in the emergency paste which I had bought last week. He even approached me to lap it up, which he hasn't done since the diagnosis. His fur is still cool and soft. He was cleaning his face today with his paws after his breakfast.

Unfortunately though, he still spends most of the day under the sofa. His hind legs are getting wobblier, especially his right hind leg, which he is often just dragging behind. He has also found a new peeing spot next to the remaining carpet, which means that I have to buy even more kitty litter boxes.