Blog entry Gallery
It's already been a week since he died. 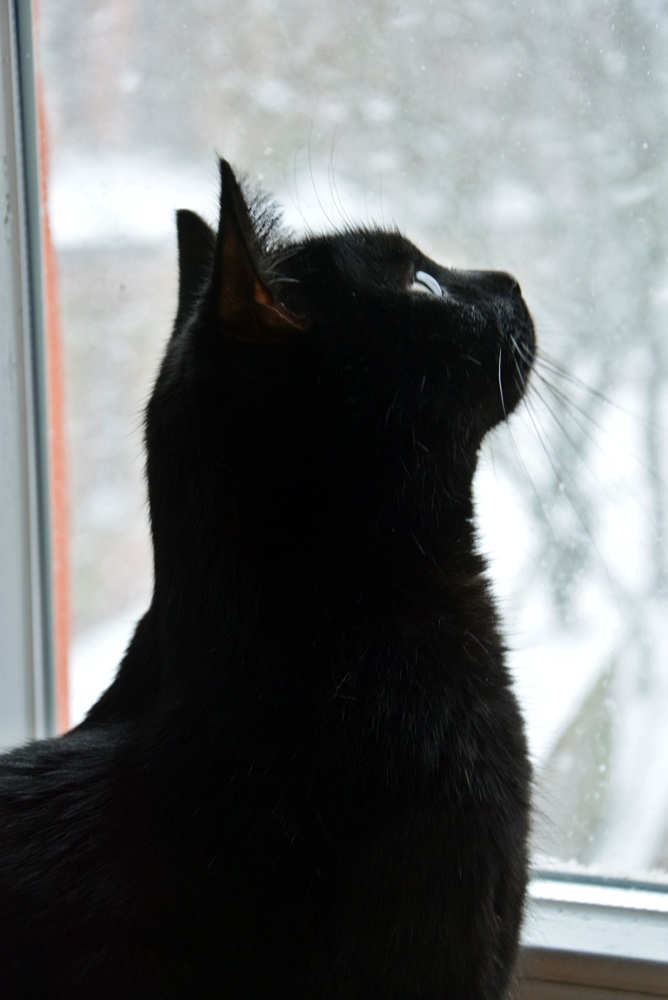 This time last week, I was sitting on the sofa, unable to leave his dead body, which was still warm then. I had closed his eyes and cleaned his nose to wipe away the mucus, running out of it slowly but incessantly. It would continue running throughout the night. Whenever I cleaned it, I expected some resistance from him, a sudden and irritated jerk of his head, but there was nothing, of course.

The vet had adviced me to put him on a plastic cover, as he "might lose body fluids", but surprisingly, when I checked his body the next day before I drove him to the cremation site, there was nothing that had left his body, only through the nose, as if he had wanted to make up for all the excessive cleaning the previous weeks.

I expect the next round of depression to arrive this weekend. During the week, I am too occupied and tired to wrap my thoughts and emotions around his loss. And, day by day, I get a little bit more used to having only one cat around. P. had been a single cat for one year, before T. joined the household. We are back to this original situation again, as if T. had been just an interlude, he came and went, but he has left an imprint in our hearts and will never be forgotten.

It took me some time to appreciate that there is actually less work to do, not having to clean up after him. Nevertheless, of course, I'd prefer having him around, even as a nursing case, but only if I knew that he'd have the chance to improve his health, which is often not happening to nursing cases among cats.

There are a lot of things that still remind me of him, and I feel unable to remove them. For example, there is some dried secretion sticking to the door in the bathroom or at the heater or the wallpaper. Whenever I see it, I imagine him sitting there, sneezing it all out of his nose. I am so sorry, that we never got this thing completely under control. It was chronical, the reason was a bacteria strain that can usually only be found in dogs and there causes what is called "kennel cough". I wonder where he contracted it. I remember that it all started becoming a problem after the first tooth cleaning and extraction. The wound of one extracted tooth took a very long time to heal, several months, the vet pretending it was nothing serious. I'd expected him to have botched it all up, but how can you prove it? Anyways, after a few years, he did no longer respond to antibiotics.

Then there is a white post upstairs, where he used to rub his chin. It's all black and brown from the rubbing. I don't want to scrub it away, because I can still see him there, snuggling up against the post, rubbing it, and then kicking his head into my forehead.

From the 11 litter boxes that were set up around the place, I have emptied and put away 7. Each single one was a difficult task. Today I renewed the water in the drinking water fountain for cats. This was also not easy. Another of his marks wiped away. Life continues mercilessly.
Share:
Facebook Twitter Email Share Link