Some of us are so thick with talent, it's almost impossible to spread ourselves too thin. We are gifted with an endless supply of unbridled ability and a drive that keeps us moving fast forward. In the entertainment world, Justin Timberlake and Beyonce Knowles come to mind. Both are triple—maybe quadrupole—threats. They sing, dance, act, and are generally nice, polite, and likable people. Unfortunately, most of us aren't the caretakers of such gifts—myself included. I am not blessed with any natural abilities. I am quite average at writing, athletics, and the arts. I can state confidently that I have only excelled in two arenas e.g. as a college student—top of my class, and as an anorectic—thinnest person not yet in the graveyard. Sadly for me, these two statuses were transitory. Unless one is very wealthy, the campus will need to be abandoned for the real world of employment. And there is no future for an anorexic person. Eventually she will enter a crossroads whereby a choice must be made to to ditch the disorder or shrivel up and die. Heroin addiction plays by those same rules.

What I wouldn't do to have a respectable talent or two coupled with an insatiable ambition to succeed. Benjamin Franklin, Thomas Jefferson, and Leonardo daVinci were all ripe with talent in many areas. But who comes to mind when we consider the present day? One person clearly fits the bill. His name is James Franco.

See how I did it​

So, reflecting on his many accomplishments, I wondered what he should do next. Pilots license sprung to mind. It seems to be something that quite a few Hollywood types have added to their brag boxes e.g. John Travolta, Tom Cruise, Harrison Ford, to name a few. I suppose it isn't such a novel thing to do. But still... I could see him up for the challenge. So, I almost fell off the couch in mad-laughter when I read an article last night stating that Franco had indeed got his pilots license to prepare for his 2006 performance in Flyboys.

Anyhow, I thought it would be amusing to make a list of 43 things James Franco should do before he dies.

1. Play Morrissey in a feature film about The Smiths. Franco looks a lot like Moz as his film characters James Dean and Allen Ginsberg—sporting black rimmed glasses, chiseled cheekbones, and a fabulous saluting quiff. 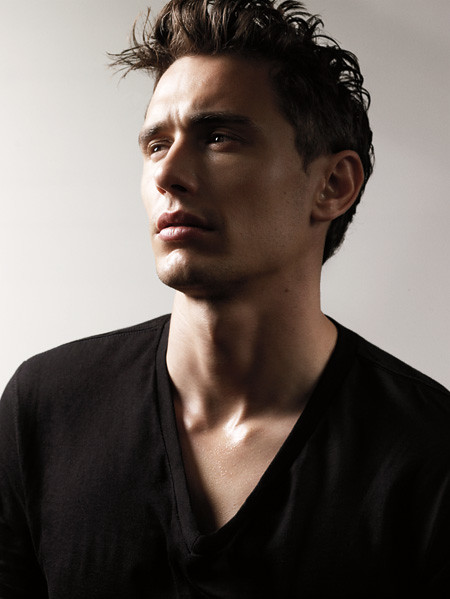 Can you say Gorraageeous!
​
2. Learn to speak Chinese.

6. Donate profits of cookbook sales to The Bill and Melinda Gates Foundation to provide vaccines to children in third world countries.

7. Then become a guest judge on Top Chef.

8. Launch his own clothing line.

9. Then of course, be a guest judge on Project Runway.

10. Be a contestant on Dancing With The Stars.

11. Be a contestant on Jeopardy. That show is still on, isn't it?

13. Adopt a child from Belarus.

15. Attend the Royal Wedding of Prince William and Kate Middleton.

17. Establish a sanctuary for farm animals.

20. Successfully perform the Heimlich Maneuver on Donald Trump—saving his life.

21. Join the circus as a trapeze artist for a year or so.

22. Sail the Caribbean with Johnny Depp and spend a week on Depp's private island.

25. Become a visiting professor of English at Yale.

26. Sing the Star Spangled Banner at the next Superbowl.

28. Invent something that becomes a major, global, gotta-have-it.

29. Live a year amongst Buddhist monks in Nepal.

34. Join Anthony Bourdain on a No Rez adventure.

35. Join the cast of Flipping Out as Jeff Lewis' house manager.

36. Catch commercial salmon on a fishing vessel in Canada for three months.

37. Become a Scientologist for the fun of it. (*Update mid Feb. : Not serious about this one. Atheist for life would be a better choice.)

38. Design and build his own solar powered home in Northern California.

RB - your blog made me laugh so hard - especially that picture as a Modern Day Renaissance Man. Is James Franco perfection itself?? Hmmm...I've never been able to warm up to him. As for your list, he's probably doing/done/in the mist of doing/ or planning on doing - all of those things!

Take Care!
I know, I know...it's serious​
Thanks. Love that Photoshop. Have you seen 127 Hours? The movie really touched a soft spot in me. I'm sure that I brought my history with me into the theater. Maybe the film won't have such an emotional impact on everyone. After watching Franco play Ralston, I was sold on his talent as an actor. Pineapple Express had me in stitches--and I wasn't even stoned. Looking forward to him playing the Wizard of Oz.
​