GoT, ranking the seasons 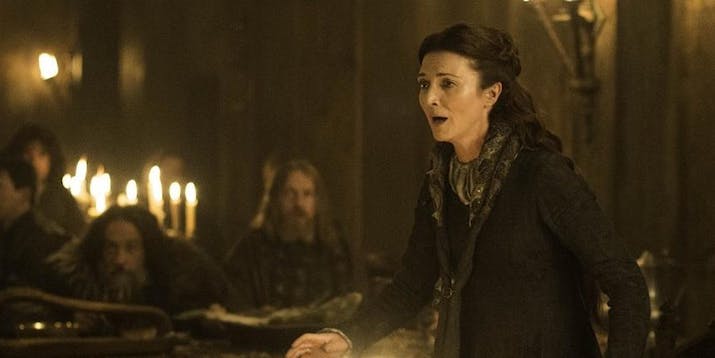 #1 Season 6, the best battle sequence “Battle of the Bastards” Hodor saving the day, revenge on the Freys, the Sept blowing up, the Snake Sisters, lots of Melisandre, verbal sparring/friendship between Tyrion and Varys, oh and one of my fave actresses was in it for a bit, Essie Davis

#2. Season 3, The Red Wedding(thankfully, I knew about it from reading the books years earlier, otherwise I might have had an aneurysm, but it was brilliantly done) Dany getting the Unsullied, The whole Ramsay Snow/Bolton torturing Theon thing, it transcended the book, in them I loathed Theon for what he had done and thought he really had it coming to him, but seeing it on screen, while more mild, believe it or not, well, it got to me, actually felt bad for Theon

#3 tie, Season 1, Sean Bean’s performance as Ned was perfect, as was Jason Momoa’s as Khal Drogo, if anything he made Drogo quite a likable fellow, for a bloodthirsty pillager of cities

#3 tie, Season 2, the battle of the Blackwater, the faceless man & Arya, all the stuff beyond the Wall, just great season overall, so much going on

#4, Season 7, Littlefinger dies(I hated him the most, he is pretty much the embodiment of everything wrong with us as a species) all the White Walker stuff, Bran’s visions from the past

#5, Season 4, Tyrion in King’s Landing(especially getting his dad on the shitter, perfect) all the stuff with the Wildlings, some of Iain Glen’s best work as Jorah, he’s another actor I know from non US TV that I was pleased to see in this show, watch “Jack Taylor” he’s great in it

#6, Season 5, The Rise of the Sparrows! & lots of super sexy Natalie Dormer who is a damn fine actress too

#7, Season 8, Ok, its the worst, still good though, with Arya taking out the Night King and Jon doing what had to be done, what it suffered from most is just too much cutting of story that is necessary to advance such a ponderous plot, up until this season I thought they did a pretty good job of pairing down from the source book material, but when left with this massive thing of a hybrid creation and little screen time to wrap it up in, it was flawed, not fatally so, but certainly noticeably…

Hmmm, I’m going to have to think in this. I hate ranking things. But I’m inclined to agree with your reasoning. And the Red Wedding did change up the whole game.

Try Anything Twice said:
Hmmm, I’m going to have to think in this. I hate ranking things. But I’m inclined to agree with your reasoning. And the Red Wedding did change up the whole game.
Click to expand...

aww shucks, do one too!
I’ll have to think if your’s can be improved upon first.