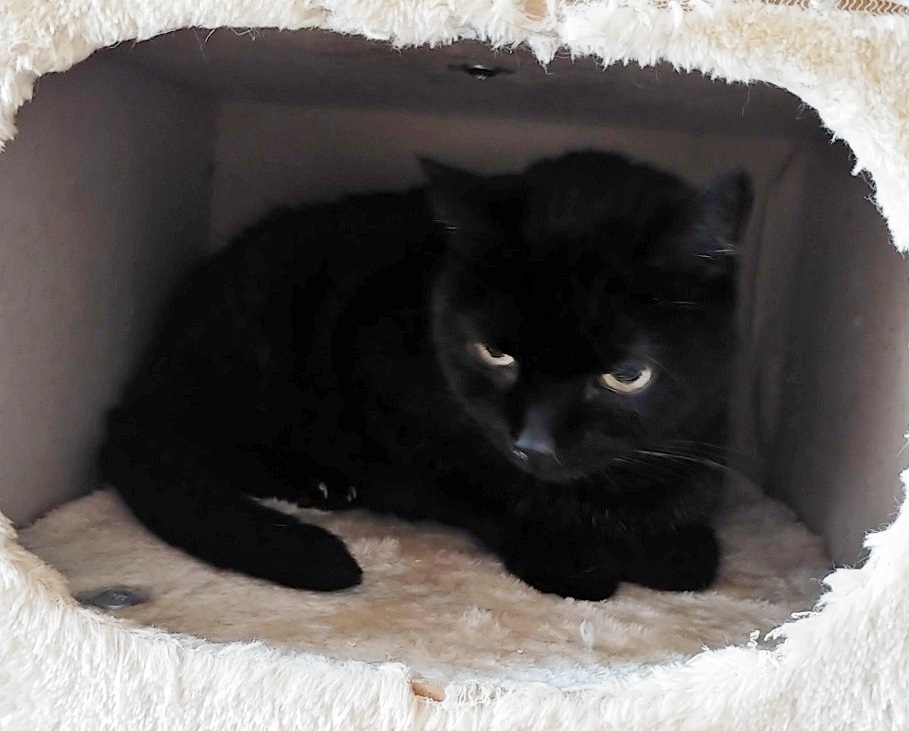 When he wakes up and thrusts back his head, there is a second of hope and life. His sudden alertness is still there. But he does not have the chance to get better. That's what I was told today, it was very clear. I am grateful for this clarity. But it is the entry gate for sadness. And when I get sad, there is no stopping it. One snowflake becomes and avalanche, a teardrop turns into a waterfall, all gates are open to flood the titanic which is about to sink heavily to where the abysmal ocean has its bed, slowly and powerfully. It is probably the most powerful thing about me, and I am not sure to what I am connected through it. Unfortunately, it cannot be turned outward into a healing power. When it comes to that, I am completely powerless.

And my little kitty has probably turned all inward by now. Does he even notice if I am here or not? I can't tell.

I remember when I got him from the animal shelter, back in 2011. He was one of 9 black cats that had been removed from a hoarders' and clutterers' household. Half of them, I was told, had been so severely infested with ear mites that they had developed an irreversable wry neck, and then were euthanized. He was there with two others of his family, the smallest and liveliest. But probably also the sickliest, because I immediately noticed the diarrhea in the litter box, which would remain a problem for two or three years, before it eventually stopped. He had no manners at all, so that my older cat got really upset and impatient with him. Only in very rare moments would he allow him to get closer. But of course there was no compensation for the lack of a big family that had been ripped apart and decimated by force. He remained a problem cat, health-wise and behaviour-wise, even though by nature he is the most affectionate and trusting kitty with a slightly mischievous disposition. It is horrible to see him suffer and being in such bad state. He deserves it better. 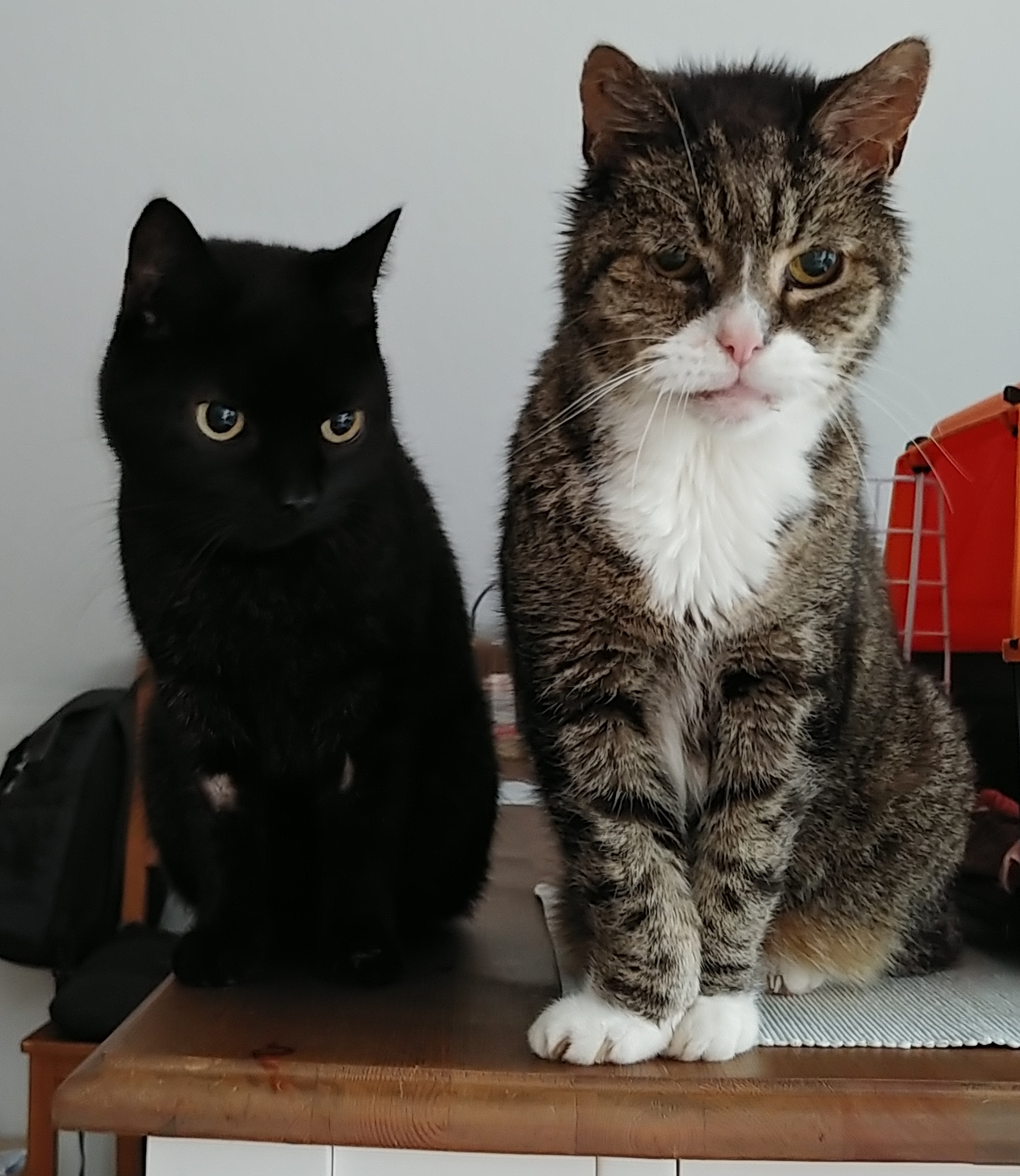