days spent under the couch 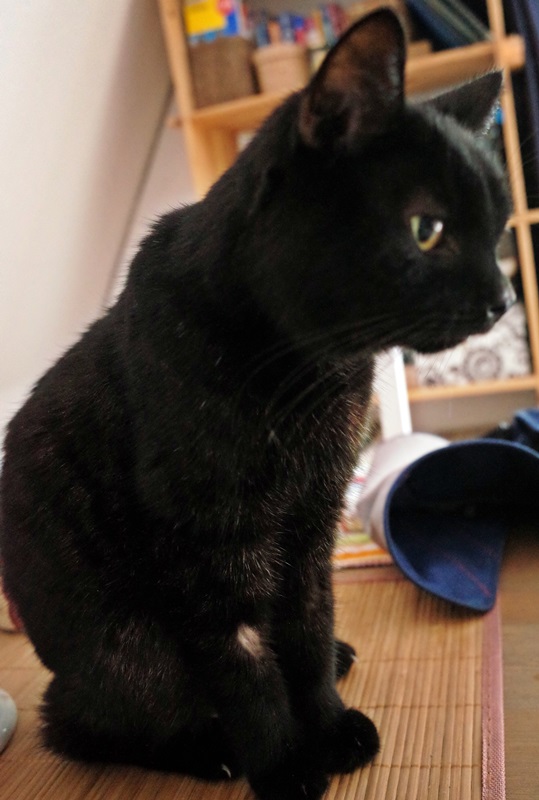 He has spent most of the day under the sofa. It's actually quite a nice place to hide and relax. When I check on him, he is either sitting there crouchedly on all fours or is lying on his side looking pretty good. He hasn't had a fever for a few days. When I talk to him, he responds and sometimes even comes out to say hello, knocking my head a little. He hasn't gone upstairs today, where he used to lie under the bed for hours. It's kind of a relief, because he is safer downstairs, but of course, it is also troubling, as his radius of movement is decreasing every day.

When he comes out, he often goes immediately to the nearest litter box to have a pee. He hasn't peed outside the litter boxes (we have 7 at the moment) for awhile, I am pleased to say, but he is also not drinking as much as he should, when he is lying under the couch all day. In the mornings, I usually find a whoopsie next to the biggest litter box, but that's all.

In the evenings, I turn on the heater under the basin in the bathroom, and there he seems to spend the night. I moved his cat basket next to the heater, but he prefers to lie on a thin towel on the cold tiles. Unfortunately, the older cat has discovered this corner too, and is sleeping in the basket instead. Sometimes I find them both lying there, one in the basket, the other on the towel, enjoying the warmth from the heater, and it looks very peaceful, as if they are enjoying a quiet debate without human intervention, or simply some quality time together. I wonder if there is a way to make it more comfortable for him, but probably he connects comfort with unsafety.

He hasn't eaten anything this morning, but a bigger bite in the late afternoon. He is still drinking, when he comes out of his cave. 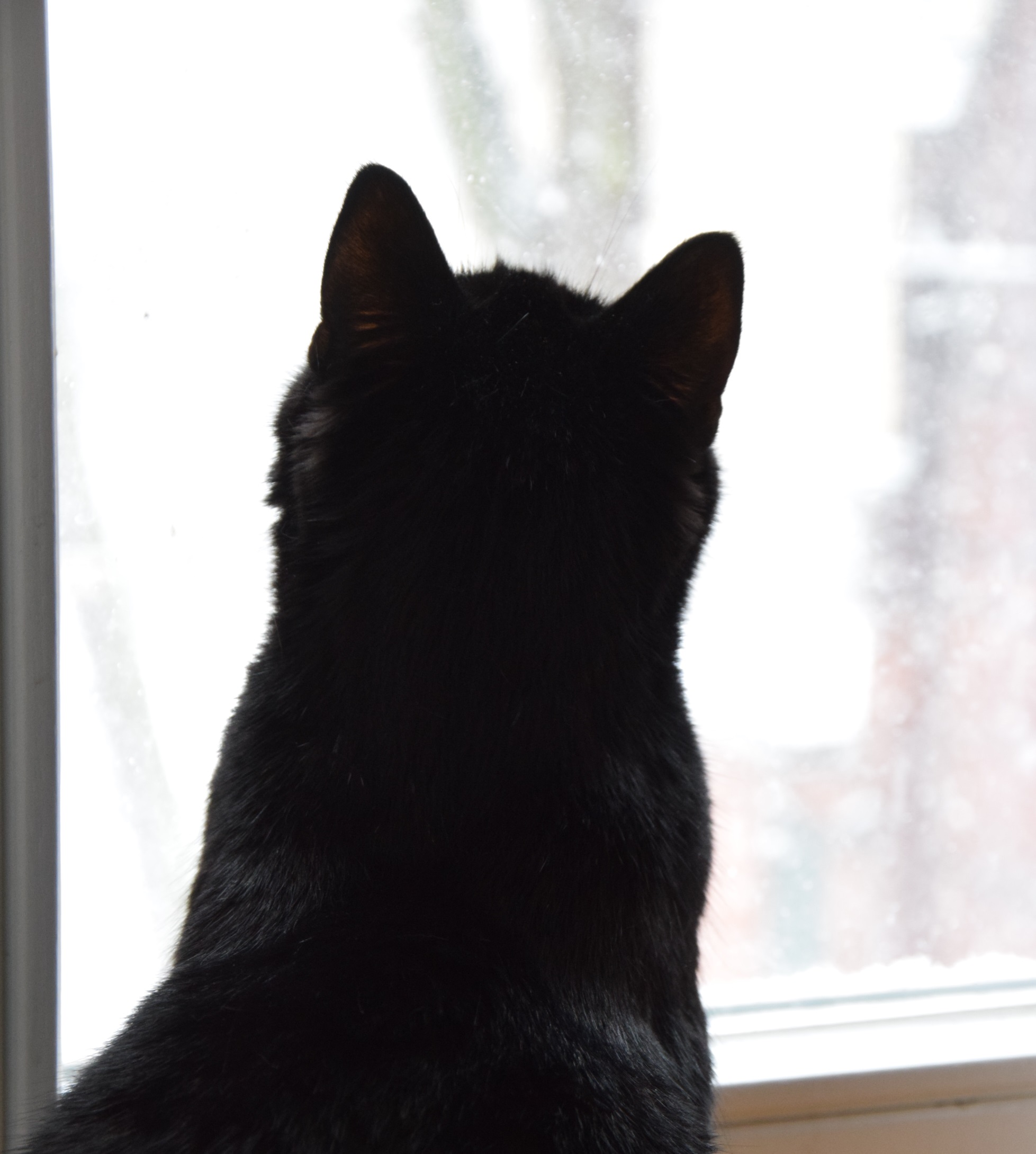