Which record label should release "Bonfire Of Teenagers"?

Jamie said:
I believe this tilt-at-the-windmills ended after the following: 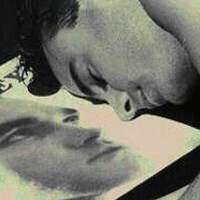 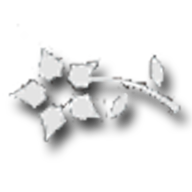 In a nutshell, the order of events was:

1. Morrissey publicly claimed Universal refused to rerelease "Paris."
2. Universal denied refusing to rerelease it.
3. Morrissey refuted Universal's denial.
4. Morrissey/TTY posted both a letter to Universal (which, given the language/aggrieved tone, is almost certainly Morrissey's words with Boz's signature - see similar language in the leaked e-mail decrying his perception of Sanctuary's publicity efforts for "The Youngest Was The Most Loved"/RotT) as well as the apparent letter in response from Universal.

In the final reply from Universal, it was said: Universal would licence the song back for eg a release for proceeds to relevant charities (which I assume would be the plan). There seems to have been no response back from the Morrissey camp - at least none publicly. It would appear that Universal was angling in the direction of a charitable release. Based on the news archive, this seems to be the only time during the incident that such a purpose for the re-release was mentioned - unless it was done so in conversation outside the public record.

Tl; dr - if Morrissey ever offered to donate proceeds to Bataclan victims/families, it has never been confirmed publicly.
Click to expand...

This incident, among a few others, really show M for what he is.
personally, I do not care. I love the guy but it amazes me when others make excuses or pretend he doesn't do this stuff. To me this shows, they don;t actually like him, they have this fake idea of him.
Last edited: Mar 5, 2022

BrokenFrame said:
If I were Morrissey I'd just release it however possible just to thank the fans that have stood by him, rather than waiting years and years for a big label to sign him up.
Click to expand...

I tend to think he should do something, at this stage. . Like releasing a BOT EP or something,

The good news is when he does get signed he will have a load of music. The bad news is it could take years at this rate
The thing is, he isn't really gonna change anyone's minds about him now, or get many new fans. So who cares about "major label"
Go on an indie, there is no shame in it. Lots of his fans think of him as an indie act anyway, remember that Karen claimed he wasn't a well know pop bog name pop star - what happened to her?

He had a good run, he has nothing to prove. The sad thing is a few labels were happy to keep him as a legacy artist, but he blew it.-Johnny, Suede, Sparks are on BMG , they would have liked to have kept M I think, but he seemed to go on a mission of self district with Low in high school.,
its a shame. if he would have just released the lp, the vids, done gigs, it would have been fine, the fans would have stayed, he would have done the cover's record. I think BMG would have stayed on board. Instead, he was hell-bent on ripping up his rep for good

He burns too many bridges

There is a fake myth that people are loyal to him, even people he treated badly.
It isn't true, as a few people have pointed out, the only people who remain loyal and keep their mouths shut, are those who do not want to get sued or those who hold out some hope of working with him. These labels want nothing to do with him, a number of people have bitched about him, while working with him, and its obv they are only there for the gravy train

I wish he would have learned and sorted himself out, this period off his lie could have been much easier for him.

Does anyone have any news on if he is close to the label?
Does anyone know what's happening with his hip hop lp?
Last edited: Mar 5, 2022

Although I love River Clean, I liked some of WPINOYB, and I enjoyed Lover to be
Apart from that, I tend to agree with you. People have said I am a little Englander when I suggested what you did, I stick by it.
I can understand that he is happy to have a diverse rebel audience, you just know he would love a load of militant blacks in the audience as well . God knows its nice to make bank from the Mexican audience but I honestly do think, artistically having the Mexcian fan base has been detrimental to his art
I think he decided to make the language easier to understand, make it more simplistic, for the Mexicans and American/Mexicans. He basically dumbed down.
The flirting with Mexican culture was forced like that dumb picture he got Jake to take for the cover of YOR and the awful flamenco stylings, that gets sprinkled on records, it's just too naff, at times.

I think if he would have kept a British band, i think things would have been better all around. I think M's rootless state hasn't helped. Its made his writing and observations lack they depth they once had