The Primitives have a new album out. The band are still together and writing some great 60's inspired pop songs. Tracy Tracy is still looking as hot as ever and the years have been kind to her.

There's a small piece here, http://www.magnetmagazine.com/ about when Morrissey turned up at one of their gigs. I do remember seeing Morrissey in quite a few photos sporting that Primitives t-shirt. I used to like when Morrissey championed other bands. He doesn't do that anymore. 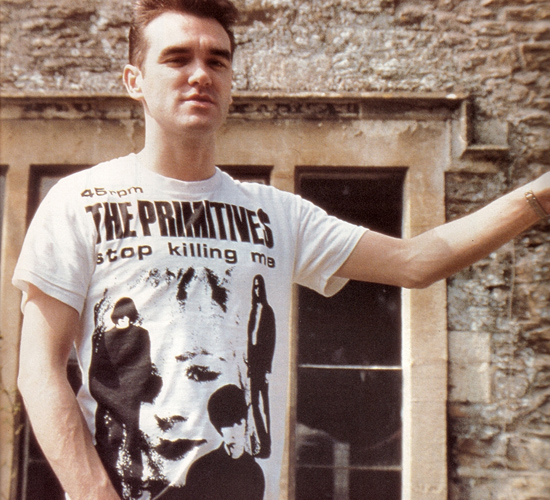 I, for one, spent months searching for a copy of the Primitives debut as a result of that photo of Morrissey in a Primitives t-shirt.

I was not disappointed!

gustavo said:
I, for one, spent months searching for a copy of the Primitives debut as a result of that photo of Morrissey in a Primitives t-shirt.

yeah, so He did with the Sundays, went to a gig in Eindhoven, wearing 1 of my my Morrissey T's,
the merchendise look mad at me....when it finally starte the female who sang/sings gave me some odd looks,
I got a feeling I did something terribly wrong, with wearing the T shirt, and left after 5 songs

The Queen Is Dead single reissue
2 3 4

The New Statesman: "Nick Cave: “I don’t think art should be in the hands of the virtuous”" - Morrissey mention (November 24, 2022)