What is the meaning of Panic by The Smiths? - RadioX

Moderator
“It says nothing to me about my life” said Morrissey of the music on the radio…
But did he have a point? And why did he write that song at that particular time?

"The music press at the time took this to mean that The Smiths - and Morrissey in particular - were attacking hip hop culture and black music in general.

Paolo Hewitt in the NME wrote: “When he starts using words like disco and DJ, with all the attendant imagery that brings up for what is a predominantly white audience, he is being imprecise and offensive." Even as recently as 2012, Buzzfeed called the song a “condemnation of dance music”."

A short discussion about the song, how it came about and its meaning.
Regards,
FWD.
Stealing things from the Internet - so you don't have to.
A

I think Disco’s back to in the 80s consisted mainly of synth pop and new romantic music as opposed to the rap and hip hop scence of today. I think I remember a quote where Morrissey is asked about The Smiths appearance on TOTP and he juxtaposes it with the dress style of Spandau and Duran to suggest the Smiths were the anthisesis of this kind of music. Maybe I’m wrong.
A

Sorry I meant ‘antithesis’ I can’t spell. Geez try saying that with a lisp.....

I can only think people must be desperate for content to be regurgitating this all over again. The majority of the mainstream music in the mid-eighties was awful: frothy, tinselly, meaningless, bouncy, synth-led pop - so when Morrissey sang 'burn down the disco', I could completely relate to it. It had nothing to do with black vs. white music - just shit music. Juxtapose that with the Chernobyl/Wham incident that Johnny describes, and it couldn't be clearer. I had never heard of Paolo Hewitt but I see he's now a Guardian journalist and 'the author of over 20 books'. So I suspect he was an embryo journo just scratching around for a good story to create a name for himself.
Last edited: Oct 14, 2018

You wanna really talk about "burning down the disco"...when I visited my dad in Chicago one the DJs held a "Disco Demolition" event at the White Sox baseball stadium and exploded and burned thousands of disco records. Somehow we lived through it. 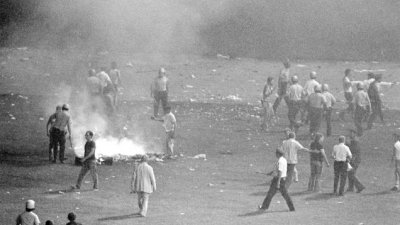 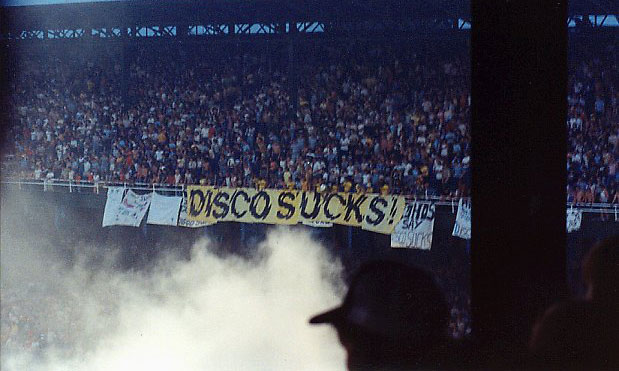 I always just took it to be a swipe at the shit that filled the charts and always does. No deeper meaning.

When Morrissey acts all Breitbart it is what it is, the hating of crap chart music is what it is. They aren't linked.
You must log in or register to reply here.

A
Which Smiths song was inspired by the Chernobyl disaster? - RadioX
2 3 4

Is How Soon Is Now The Best Smiths Song? (explores song creation) - RadioX

What is the meaning of the song 'Brow of My Beloved?'
2 3