WELL, WHAT DID YOU EXPECT?

In 2010, in the context of a discussion regarding China's animal welfare record, Morrissey described the treatment of animals in China as "absolutely horrific". Referring to news stories he'd read about animals in Chinese circuses and zoos, he'd remarked to an interviewer: "Did you see the thing on the news about their treatment of animals and animal welfare? Absolutely horrific. You can't help but feel that the Chinese are a subspecies", remarks which were deliberately and wilfully misrepresented, and met at the time with predictable (faux) outrage from all of the usual suspects.

Morrissey later qualified his remarks stating: "If anyone has seen the horrific and unwatchable footage of the Chinese cat and dog trade – animals skinned alive – then they could not possibly argue in favour of China as a caring nation. There are no animal protection laws in China and this results in the worst animal abuse and cruelty on the planet. It is indefensible."

I think it's obvious to any fair-minded person that Morrissey was referring specifically to the Chinese authorities, along with those engaged in, and actively encouraging this vile practice.

Since we now have strong evidence to suggest that Covid-19, also known as Coronavirus, emerged from a so-called 'wet market' in Wuhan, China, which advertised for sale a variety of live animals, multiple species, crammed together, slaughtered and sold in filthy conditions, contaminated with blood and faeces, including cats, dogs, bats, peacocks, otters, camels, koalas, wolf pups, and the endangered pangolin, all of which are eaten in China, shouldn't those who attacked Morrissey at the time, and those who have persistently ripped the words "the Chinese are a subspecies" from their original context, in an attempt to demonise him and characterise him as 'racist', now hang their heads in shame, and hasn't he been completely vindicated with regards to his remarks on this subject?

With the world in lockdown, and families and friends being torn asunder as the death toll rises, shouldn't we find some perspective, and recognise the spurious claims and allegations made against Morrissey for what they always were, a vindictive campaign carried out by those potential Mark Chapmans, the 'ex-fans', who, like spiteful children, take out their many disappointments in life on those they, quite irrationally, feel have let them down or not lived up to their impossible ideals, along with those who never liked him in the first place, who had always been far too eager to heap scorn upon him whenever and wherever the opportunity arose, simply because he'd held up a mirror and shown them who and what they are, for which, quite understandably, they never forgave him. 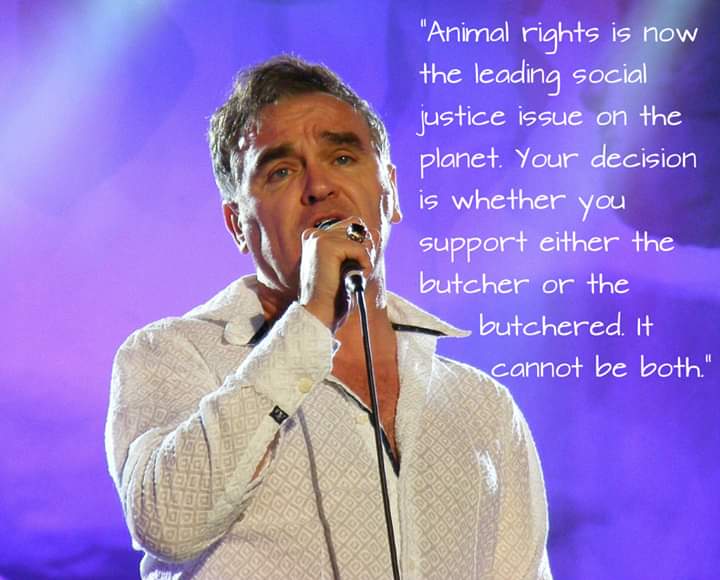 Ben Budd said:
It was a good night, insomuch that we got there and enjoyed the music only for my voicemails, missed calls, texts and facebook inbox to be flooded by friends and family asking if i was ok! I had no idea what had happened.

The only sour note was when we left at the end of the club night, the doormen would not wait with us until we flagged a taxi down. That's alright pal, you wait behind the double glazing windows with your all black uniform and yellow SLA arm wallet whilst i stand on the street hoping the car that picks me up outside is a nice taxi driver who is not a racist (sadly, i can confirm he was a racist).
Click to expand...

Even the security is the same.
You must log in or register to reply here.