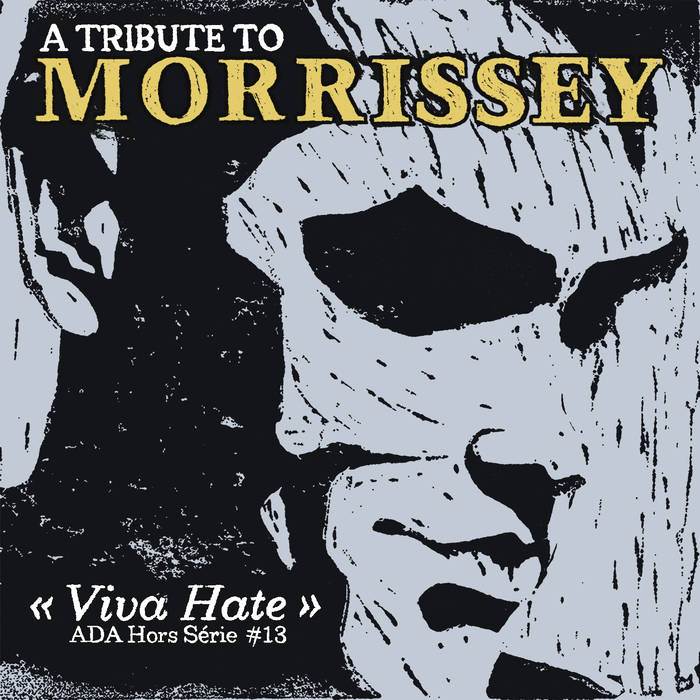 could someone with skills burn this and add it to the bootleg link here???? please!!!!

actually I just noticed it could be bought. thank yall though!
i shot and uploaded this show http://forums.morrissey-solo.com/showthread.php?t=76602&highlight=las+vegas+drifter

Special thanks to them. I'm French too. "Viva Hate" was the first LP I listened from Morrissey. I was living in London when it was released in store. It changed my life and I'm so close to it. I love all the songs and this is the ideal album. Morrissey never did better. In this Tribute, I found that the title "Alsatian Cousin" is a Masterpiece, "Every day" is not so bad for once. Sadly I expected more of the title "Angel" (but I really like the last 50 secondes).The two versions of "Maudlin street" are missed (the music is good but the voice ...Morrissey is inimitable for this song which is so full of emotions). "Suedehead" doesn't bring anything to the original so I don't like. With "I don't mind" it looks more like a cover of the Cure.It made me want to listen again immediately. The first "Margaret on the guillotine" is successful, may be a little too close to the original but it allows me to dream of the emotions I had the first time I had listened to. The second one is a reproduction, I prefer the original. The "Maudlin Street" of the end is really very special, I do not know yet whether I like it or not but it does not leave me indifferent. And the song "Angel" begins well and reminds us how beautiful this song can be but at the end of half of the song, we get tired and we want to move on to the next song but this is already the end of the Tribute... To summarize, you have to listen to the songs entirely to get an idea and not listen to the first ten seconds to make your opinion. You will certainly be disappointed and you risk to pass next to very beautiful covers. Again, on first listen, I would say that the song that touched me most is "Alsatian Cousin". I really fell in love.
A

Moderator
Some interesting tracks in here.
The attempt at Bengali (in German) is dire though.
Would have been nice to actually hear songs sung in French rather than French speakers singing in English. Well, I say English, but it gets very 'Allo 'Allo in places. Maudlin Street almost descends in to farce.
Regards,
FWD.
"You don't know what you don't know... "

is she Richard Cheese lost sister ?

I love how they have Malcolm McFee talking before "Little Man,What Now?". Great touch.
A

Glad that someone noticed
You must log in or register to reply here.