TTY: THERE IS A LIGHT THAT NOW GOES OUT - final six rescheduled US dates cancelled

The band, the crew and I are heartbroken to hear that the final six shows of our triumphant tour will be 'pulled down'.
The shock and sadness that we all feel - for ourselves, and for our devoted friends in Detroit, Cleveland, Chicago, Houston, Dallas and San Antonio, has left us in unrecoverable despair.

The 28 shows played on this tour have been outstanding triumphs as yet another year strengthens and solidifies our positions around the world.

Since our Bergen date at the start of August, the finances for this tour have exclusively been controlled by 360 Management of Willoughby Avenue in West Hollywood. Each date booked would make enough money to pay its way.
When Gustavo collapsed at the Boulder show, 360 Management responded with the announcement that all funds had suddenly evaporated. There was apparently not even enough money to transport the touring party to the next scheduled city, and 360 Management faded out as quickly as they had faded in.

Incontestably, the Morrissey Band is the best in the world. We have been repeatedly done over in recent years by slippery industry incompetents, yet we have always recovered our stride and bounced back like the sea - saving ourselves from those who wish us off the map. We are a disciplined ship and we succeed without any help from the music industry. We continue to live with the optical device of an industry where only scale and enormity of cash is seen as evidence of talent; where the public is thought ready to swallow anything as long as it is done with the punch of five million dollars. The results appear to be continually elaborate comic-strip dumbshows that do not even matter to those directly involved. The true artists must look after themselves whilst the artificially aroused are aided and assisted to the highest ranks without a shred of effort, and the result is ... a nest of horrors. And on it goes.


This year, the mobilized strength of our ragingly loyal audiences were most appreciated, by me, at:

... for which no words could ever express the volcanic love and joy found and shared.
We felt much sadness for our audiences at both Jakarta and Singapore City who struggled with appalling venues - venues which, in fact, were not really venues at all ... just roped-off bits of waterlogged fields. In dismal circumstances our friends in both cities gave us their best, and we shall never forget them. We expect no further chances in Detroit, Chicago, Cleveland, Houston, Dallas or San Antonio ... nights destroyed by the ephemeral damagers ... who do their worst ... and slip away.

I can only stress my sincere thanks once again to YOU for giving the band, the crew and I a phenomenal year - scarred at the end, but drenched in beauty until then.

I will see you in extremely far-off places. 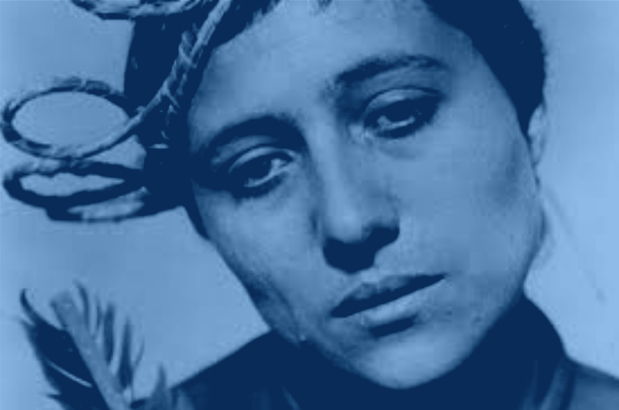 Subscriber
"Incontestably, the Morrissey Band is the best in the world".

Also..."The true artists must look after themselves..."

Good grief. And why is it always someone else's fault?

But the story here is that there's no money. Which is sad.

One more thing. I like how the address of the company is mentioned. "Maybe, just maybe, someone will send them some dog-doo in the post..."

And finally. No records, as promised. No record company will put up with him. Tours incomplete. At what point must pride be swallowed for that $$$$$ headline-grabbing reunion?
Last edited: Dec 3, 2016

So they pulled the plug, but why?
As far as I can see, it was a great, successful tour.
Feel sorry for the fans and of course for Moz and band and everyone involved.
Why can't there be good management for him?
Surely, there must be? Somewhere, anywhere?
"I love you Moz!" So when did you last see your psychiatrist, hmm?
"Yesterday. She said it was okay. She loves you too oo."

Moderator
I think now would be a good time to hibernate and let it all blow over!
[Ducks for cover]
The rescheduled dates were probably always never to be - simply evidenced by Boz playing a gig and needing to be in London for his Christmas party less than 24 hours later - something that's been arranged for ages.
The fuel/transport explanation has been used before and right at this point in time, I doubt that will help eager and expectant ticket holders.
As for Three Six Zero - they managed one instagram post about Morrissey on August 20th and that's been about the sum total visible contribution to matters.
If he'd of had any sense, he'd of previewed some new tracks live to generate a bit of interest post-tour. That said, when has he ever done anything sensible in the marketing department?
Here's to something more tangible next year.
Regards,
FWD.
"Now cut that out..."
A

The tour is over, according to true to you, with remaining dates cancelled.

No One You Know

One would assume that Morrissey has some sort of insurance policy for this sort of thing? Everything requires insurance these days, no?
PENISMIGHTIERTHANTHESWORD

Unfortunately, not far-off enough.
It would be great if any Moz-fan would go to Mars and leave a memorial stone there saying: Moz almost played here. Any volunteers, hmm?
"I love you Moz!" So when did you last see your psychiatrist, hmm?
"Yesterday. She said it was okay. She loves you too oo."
S

Will they fly off to Mars after getting their degrees?
A

(Nah. Not wishing you off the planet, just wishing your nephew off the Morrissey planet.)
Ah Chteven. Don't pretend you don't know there are rules that apply that have nothing to do with the music industry...Surely by now you have an idea or two about how it all works? Why lie to yourself like this? You knew it would only all ultimately lead to failure, and there's a reason for it that's not hard to find. There are a few things you could have done to ensure better luck and not piss people off... You didn't do them.


Here's wishing Gustavo good health (don't you feel guilty about anything you silly man, it's not about you ) and all the band and crew a happy Christmas with their loved ones.

As for you, looking forward to... more (irrelevant) rants from Switzerland. Stay strong Damon!

see ya nowhere, broken-winged dove...
A

'another year strengthens and solidifies our position around the world ' - is the guy completely deluded? He can't get a record contact, his shows are getting terrible reviews due to the boring setlists, and his recent novel was a complete clusterf***. He's never been more irrelevant as an artist. Give it up dude - swallow your pride, pick up the phone, call Johnny marr and ask him to save your career, because it's currently on life support.
A

I'll wait for Marred's comments. He'll know what this is all about!
A

We were lucky to even have him again this year, the Santa Barbara show was really special. Sad news. I knew it was too good to be true. I love you Morrissey. So little time, appreciate all the special moments everyone, they don't last.

Another sorry, tour-related, state of affairs. Fans, once again, are treated badly. The praise in the statement is welcomed but why on earth has he been touring without insurance? Given past tours insurance should be an absolute and while 360 have a clear responsibility so does Morrissey. My thoughts are for all those fans who, it is hoped, will get a full refund. Morrissey. Stop whinging and take responsibility. This behaviour has been going on since The Smiths and is far from funny.
A

This is Morrissey paying tribute to his band, as a way of saying goodbye. The Smiths will reform in some form in 2017. You've heard it here first, folks...

I reckon why are people surprised about this? I reckon didn't you people see this coming? Does this mean there isn't enough money to bus up to Oakland for NYE? I reckon another LA NYE show? Good for me, I will just have a 20 minute drive.

I reckon all you lots below Chicago must feel like shiteeee. The "riot fest" was almost as worse as "firefly" last year in some shitee place wherever it was when people started chanting "KFC". Tel Aviv last when he was given the key to the city. lol Steve will be back in 2017 (at least in the USA) He obviously needs the money, if he skipped the insurance. Maybe he is just over his head in Malibu and should buy a place in John's neighborhood up in Portland.
Last edited: Dec 3, 2016
A

Anonymous said:
I'll wait for Marred's comments. He'll know what this is all about!
Click to expand...

Yeah, me too. Where's Marred arse?

But- But- San Antonio sold out in less than 15 minutes!
A

Sorry to hear about the bitter end of a superb tour. Thank you Mr. Morrissey and the band.
Love and respect.
A

Famous when dead said:
The rescheduled dates were probably always never to be - simply evidenced by Boz playing a gig and needing to be in London for his Christmas party less than 24 hours later - something that's been arranged for ages.
Click to expand...

You're probably right. He acts as if he only now discovers there isn't going a tour though. Staged sadness is really his thing!

Funnily enough, no sign of Smarmy to tip the fans off this time. And yet, he must have heard something this time as well? "But this only what I've heard....." Funny how he stops boasting to be in the know when things go wrong, isn't it? Any more proof needed that that one is a twerp? Thought not.
It's very hard to feel sorry for that bunch of dishonest lame ducks.
Once again, it's the ticket holders that have arranged trips and accomodation that I feel sorry for.

Morrissey will never learn how to treat others with respect. It's a shame because it's the only way to the success he so longs for.
Still, he's had a better career than most disrespectful twats. Think he'd be grateful? Oh no; he's already plotting his revenge, asembling an army to musically take over the world! Sadly Joan of Arc isn't answering the phone. Wonder why that is...

Don't think Johnny will either. Except to tell him to f

...which is the only right answer at this stage.

"Incontestably, the Morrissey Band is the best in the world"

Oh yeah! Tell us more
You must log in or register to reply here.

The Smiths A-Z: "There Is A Light That Never Goes Out"
2

Please help me understand the hate from a similar fan-base