To Mersey Rail and THAT Record Store by Fiona Dodwell - Tremr

To Mersey Rail and THAT Record Store - Tremr
By Fiona Dodwell

Anonymous said:
That argument supports the notion that For Britain should be stopped in it's tracks too but there's Morrissey screaming his support for it. He has given a level of legitamcy to this group of hate-mongers that they have not previously enjoyed. His acolytes can support him and his views all they want. The vast majority of older Smiths/Morrissey fans want nothing more to do with him. I am one such ex-fan.

I'm afraid banning Mein Kampf would do little by way of the reducing the ideology contained within it. We live in a different, digital age and it's forums like these were the real bile is spewed and the hatred enacted.
Click to expand...

i found that essence rare

Anonymous said:
She’s probably on the payroll. Where the f*** was she before? Never heard of her in all my years
Click to expand...

She fancies herself a writer, but she's got her tongue lapping at Morrissey's arse 24/7. Everyone nobody with a blog thinks themselves a professional writer. She little different than the turds on this site who mindlessly defend Morrissey's every despicable utterance.

Gejo said:
I agree with you. Certain opinions, specially coming from public figures, can help to bring the wrong ideas, sometimes without meaning to. Morrissey is not racist, but his promotion of For Britain might convince 'blind fans' to support such a bigoted party with square minded ideas. Being liberal is also about being open and welcoming to other people and cultures among other things.

I think removing his poster was over the top. There are real offensive posters out there that nobody care about and are not being removed. I might try from now on to complain about any poster that I find offensive. Specially the ones that have a bigoted taste or are disrespectful towards women.
Click to expand...

this i got to see.
two nutters giving examples to each other 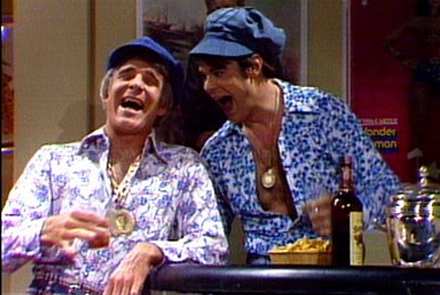 vegan cro spirit 333 said:
Banishment? Its available everywhere as is Das Kapital which is as crazy as crazy gets.

You can also get them over at Amazon.
Click to expand...

Go on ... check how far and wide the book was banned. Not difficult. Check.
A

Ketamine Sun said:
Nah, folks need to get their act together
and go after the real evil, which is not Morrissey FFS.
Click to expand...

I think your points seem scattergun and inconsistent. Your central argument seems to be Morrissey has done nothing wrong by endorsing For Britain and that he doesn't deserve the backlash.

The backlash is palpable whether you agree with it or not. Hus next UK tour, if there ever is one, will be a muted affair.

Who is Boris Johnson, the man poised to be the next British leader?
A disheveled, divisive populist, Johnson is the bookmakers' favorite to take over as leader of the ruling Conservative Party.
https://www.nbcnews.com/news/world/who-boris-johnson-man-poised-be-next-british-leader-n1009841

Anonymous said:
Hmmmm. A predictable enough response.
Other people asserting their right to freedom of speech is censorship. So,, Morrissey refusing to allow companies to sell meat at or close to venues he plays at is what then?

Freedom of speech or censorship?

You can't have it both ways both ways but the alt-right need it both ways. They constantly claim to be the champions of freedom but with messages like this show themselves to be the abusers of freedoms that don't suit their agenda.
Click to expand...

I could also say that’s a predictable response. Refusing to play a venue that serves dead animals for food hardly limits anyone’s free speech. There are unlimited carnivore options just down the road. Unless you’re going to claim that selling people dead animals to eat at a gig is somehow positive - or even neutral - that isn’t much of an argument.

Saying that “X does Y and I dislike that, it’s just like A doing B” presents a false equivalency. Meat is murder, after all. And there are many meaty options outside the concert hall. Also, a false equivalency that avoids dealing honestly with the question of censorship ignores the question initially posed. The answer to that question is still: Censorship is the prevention of free speech. Censorship is only censorship. It’s the antithesis of free speech.

The notion that opposition to censorship, opposition to serving dead animals as food, and opposition to belief systems that oppress women and minorities violently are alt-right positions amounts to ignorance dressed up as righteousness. Please educate yourself about the meat industry. And organized religion. And what the actual alt-right actually stands for. Casting a person as alt-right without factual evidence is libel. By evidence, I mean something more than strong feeling based on buzzwords from secondary sources.
Last edited: May 27, 2019
Knickerless.
A

The reaction to this makes me think that Moz is right - right to have and speak his own mind, right to stand up for freedom of speech and expression - even though it will undoubtedly have an impact on his career and his music sales - and right to fight the establishment. He always was and always will be a punk at heart. True to his ideals to the last...
A

Anonymous said:
I think your points seem scattergun and inconsistent. Your central argument seems to be Morrissey has done nothing wrong by endorsing For Britain and that he doesn't deserve the backlash.

The backlash is palpable whether you agree with it or not. Hus next UK tour, if there ever is one, will be a muted affair.
Click to expand...

A muted affair? Mate, it's over. Moz will never play in the UK again. That's the real tragedy of all this.
A

the uk album charts are out. he is not in the top100
A

You'll have to wait until this Friday mate. As California Son was only released 4 days ago.

Anonymous said:
Go on ... check how far and wide the book was banned. Not difficult. Check.
Click to expand...

you can buy it in about a second FFS

The current number one album was released on 17 May https://en.m.wikipedia.org/wiki/Divinely_Uninspired_to_a_Hellish_Extent

Anonymous said:
The current number one album was released on 17 May https://en.m.wikipedia.org/wiki/Divinely_Uninspired_to_a_Hellish_Extent
Click to expand...

It will be number 1 again this coming week.
A

Surface said:
It will be number 1 again this coming week.
Click to expand...

No it won't. If I know the UK charts, and I f***ing do, then the Spice Girls'll be number one. Morrissey'll be number 3.

Anonymous said:
No it won't. If I know the UK charts, and I f***ing do, then the Spice Girls'll be number one. Morrissey'll be number 3.
Click to expand...

Spice girls are nowhere to be seen in Amazon best sellers, Lewis Capaldi is still number 1 on there with Morrissey sitting a number 7?
You must log in or register to reply here.