"The larger portion of my life consists of shaggy-dog yarns by people I've never met in places I've never been on staircases that haven't yet been built. If ONLY half of them were true … my life would actually have been interesting. I'm forced to take a stand where John Cho is concerned. What he says here never happened, or perhaps it did … with a lookunlike whose life was so wretchedly drab that he pretended he was me. I don't slap down ANYBODY. It's usually me who takes the slap. I'm not saying I don't enjoy it."
Morrissey.

Excuse the quality, but the same story by Cho recounted on Kimmel, 2014:


The Central video above was first circulated circa 2012.
The Kimmel video is included as the archive article below has a dead link.

Maybe Morrissey is telling some inconvenient truths considering he has been put into the meat grinder machine of some powerful people. Which doesn't make him worth less, on the contrary. That only shows who are the sad pawns who are being used by those people. I'm sorry for John Cho. Well, not so sorry, it's a choice.
A

Poor Moz has absolutely nothing going on, does he? He should do some more shows.
H

SuedeMoz said:
Yeah, that's what makes me think maybe it is a true story.
Click to expand...

I can see this happening and it's super funny. Moz isnt Jesus. He's a misanthropic Irish-English guy. This is what talented people do who arent fake-a-zoids
Last edited by a moderator: Nov 7, 2021
T

Verso said:
Is this a joke?
Click to expand...

I said seen (like personal experience) not what the press is telling you.

Uncleskinny said:
Hands up those who were worried tonight that John Cho had misquoted them 10 years ago
Click to expand... 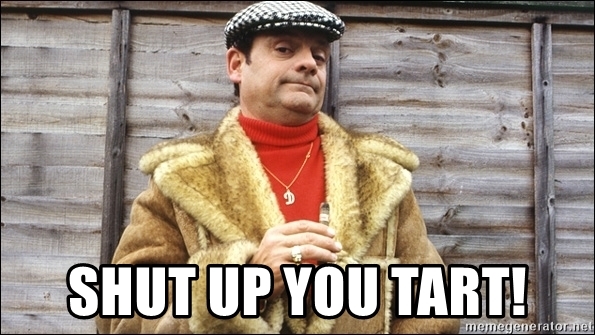 Subscriber
Haha - always loved this story. Sufficient detail to make it possible, but also just enough to make it improbable. And his impression is what seals it!

If only the meeting went differently...perhaps Moz would have made a cameo in Harold & Kumar instead of NPH!
MrShoes
V

terrancestamp said:
I said seen (like personal experience) not what the press is telling you.
Click to expand...

The press? How about Linder talking about “character assassination” being one of Morrissey’s favorite pastimes?

what if M said to jon cho thats great that your writing your own material and i hope that its a real success for you,isnt quite as interesting is it.
im calling this balls and as cho made the statement then its up to him to prove it.
rip roaring,free scoring,never boring,glasgow celtic.
E

I think it's entirely possible that Morrissey would have said something like this as not entirely succesful self-deprecating humour -- meaning that if another songwriter is so influenced by Morrissey, his songs must be as awful as his own. Plus he could have been in a bad mood and/or drunk. However, I can't really see the point of denying this ten years later, because things like this, whether true or not, are just better left uncommented.

SuedeMoz said:
Thanks for your thoughtful response. It's certainly not outside of Morrissey's character to have said something like that... but honestly, it's of no importance either way.
Click to expand...

This is so random and trivial. Does he spend all day Googling himself now?
A

All the story seems unbelivable
why Morrissey would be in a bar alone full of filipino gangsters?
And it's the first time i've read about Morrissey being mean to a fan, everyone that have met him said how gentle he was, so i have a hard time believing such a story.

This is the message we all waited for since telling us all about the new album in May 2021. Not.
I turn the music loud and I don't know why this ain't my house.

Dingoatemybabby said:
This is so random and trivial. Does he spend all day Googling himself now?
Click to expand...

Nope. But he might have a nephew who does.

Possibly he made it up, the way norm makes up stuff. I'm sure all he wanted was a few laughs and he got them. Doubt he cares enough to try to prove it. All I know is, when I first heard the story and took it for truth, i had thought Moz pretty grand in it.

I don't really get why Moz is pissed about this. It sounds like exactly the kind of droll humourous comment I'd expect him to make. If he said it to me I'd laugh and be chuffed. I wouldn't expect him to make some fatuous "Oh thank you, what a compliment" style of comment. That isn't Morrissey at all.

By accident, I saw John Cho play at a small club in LA. I had no idea who the band was, my friend was subbing for their bass player that night and invited me to join. This was a bit after the American Pie movie... so I recognized John Cho. I don't remember much about the songs. They weren't bad, they were a little dramatic... like mainly songs about breakups and heartbreaks from what I recall. He seemed to be influenced by bands like The Smiths, The Cure, etc. ... but he wasn't doing a Morrissey impersonation or anything like that.

I might have gone to see them again if I'd heard they were playing nearby but I never did.
Last edited: Nov 7, 2021
S

I find when Morrissey meets somebody he is very polite.
A

Anonymous said:
I don't really get why Moz is pissed about this. It sounds like exactly the kind of droll humourous comment I'd expect him to make. If he said it to me I'd laugh and be chuffed. I wouldn't expect him to make some fatuous "Oh thank you, what a compliment" style of comment. That isn't Morrissey at all.
Click to expand...

I think so too! Why is he making a big deal out of this? It's embarrassing that he is digging up any kind of connection to a celebrity, no matter how many years have passed and posting it. Does he expect to get sympathy or attention?

Anonymous said:
I think so too! Why is he making a big deal out of this? It's embarrassing that he is digging up any kind of connection to a celebrity, no matter how many years have passed and posting it. Does he expect to get sympathy or attention?
Click to expand...

seems to be using it as an example, is all.
"...to say the things he truly feels
And not the words of one who kneels..."

Just how true is this story?

Jun 17, 2021
Anonymous
A
T
"This Charming Man": Morrissey interview by Sean Smith in The Big Issue in the North, 15th November 1999 (transcribed here for the first time)