Reproduced in full as a gated article:

Morrissey, I Am Not a Dog on a Chain, review: as great as anything he has ever written 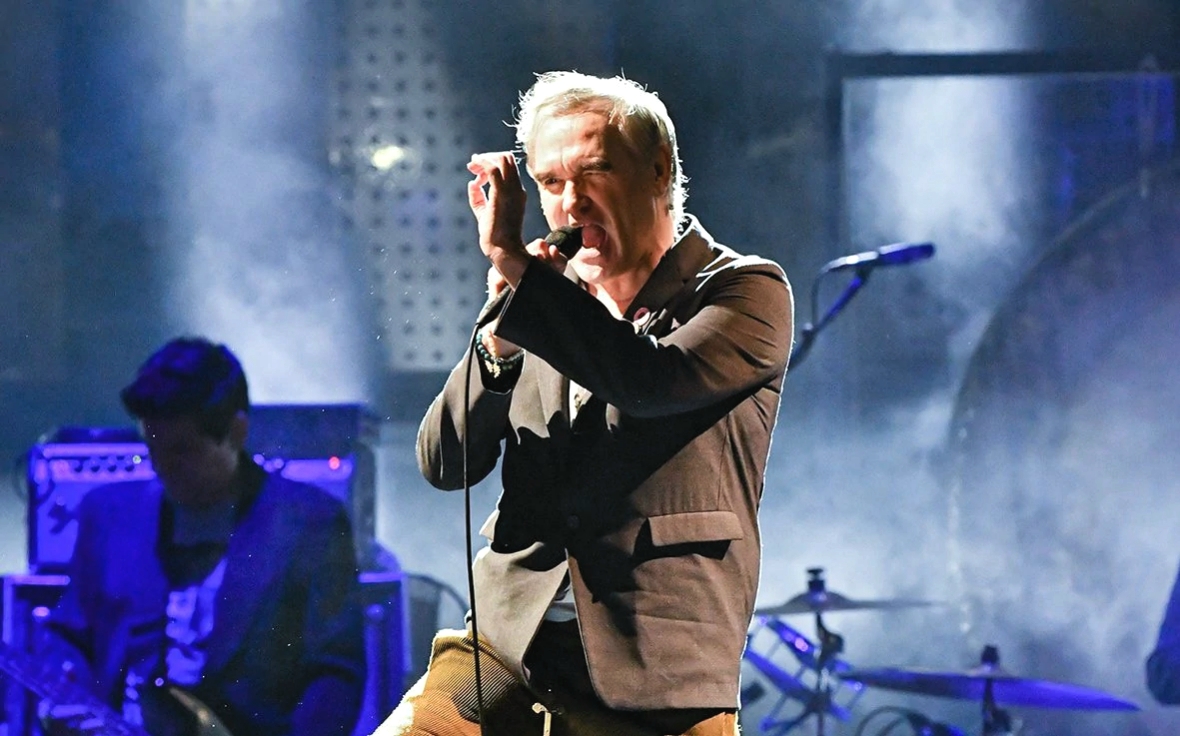 "I do not read newspapers/ They are troublemakers,” Morrissey croons on the title track of his 13th solo album, I Am Not a Dog on a Chain. I guess he won’t be perusing the pages of The Telegraph to see how many stars have been awarded to his latest offering. Yet you don’t have to agree with his views on the media to applaud the passion with which he expresses them. What starts out like a sweet nursery-rhyme ditty builds to a spluttering explosion of righteous rage: “I raise my voice/ I have no choice/ I raise my hand, I hammer twice/ I see no point in being nice.” It is bracing stuff, beautifully delivered. At the age of 60, he is still making music as if his life depended upon it.

The underlying assertion of the album title, of course, is Morrissey’s right to express himself as he sees fit, and damn the begrudgers. His support for Right-wing political causes has created tension with fans who idealised his Eighties indie band the Smiths as liberal champions of the oppressed. Yet a streak of politically incorrect provocation has existed in Morrissey’s work since his earliest days and there is a suspicion that what might have seemed iconoclastic in a young man has come to be viewed as misanthropic for a mature artist.

Perhaps one of the reasons Morrissey gets into trouble is that he dares to embrace subjects rarely tackled in pop music. There are songs here that touch on: suicide (Jim Jim Falls); transsexualism (The Truth About Ruth); chastity (Darling, I Hug a Pillow); political despair (Love Is on Its Way Out); repressed homosexuality (Bobby, Don’t You Think They Know?); deeply personal family memories (I Saw the River Clean); and music as an antidote to depression (The Secret of Music). It is an album bursting with epigrammatic phrases, ridiculous rhymes, huge melodies and provocative opinions. The sound is brash and arresting. American producer Joe Chiccarelli (with whom Morrissey has worked since 2015) dials up the electronica, fusing synths with more familiar gothic rock and baroque elements, while Morrissey’s assured, inimitable voice glides airily above the mayhem.

Knockabout World is an anthem for the bullied that ends with a cheerful singalong of “You’re OK by me!” Yet he can switch from empathetic humanity to the mean-spirited trolling of What Kind of People Live in These Houses?, a jangling guitar romp delivered with the sneery judgmentalism of an angry prig (“What carpet chewer lights up this sewer?/ What dented gent bends over in this tent?”). Morrissey remains a deeply complicated character, parading his brittle psychology in song; you don’t have to like everything he creates to respect such absolute commitment to his art.

The album ends beautifully with My Hurling Days Are Done, a song as great as any he has ever written. “Time is no friend of mine,” he sings, sadly. Erstwhile fans who might prefer Morrissey to shut up and go away should be careful what they wish for.


Morrissey, I Am Not a Dog on a Chain, review: as great as anything he has ever written

snoddywilko said:
I listened to the album for the first time early hours of this morning & really enjoyed it.

I’ve found the largely obvious guitar backings that have followed him for most of his solo career, to be predictable & unimaginative, so I’m overjoyed to hear the new musical landscape he is exploring on this album. Who else takes such a left turn at the age of 60?

Wonderful vocal melodies throughout, too; many of which are already on loops in my head after only one listen. & the lyrics have plenty of interesting lines, subjects matters & witty couplets as well.

I’ll be playing it on repeat from now on & can’t wait for the red vinyl to arrive on Friday.

Indie stores & hmv only, here in the U.K.

snoddywilko said:
Indie stores & hmv only, here in the U.K.
Click to expand...

Oh ....well thank you for the info just the same!
You must log in or register to reply here.

Tags
i am not a dog on a chain review