The Smiths - Demos and Outtakes

anything new or noteworthy here? 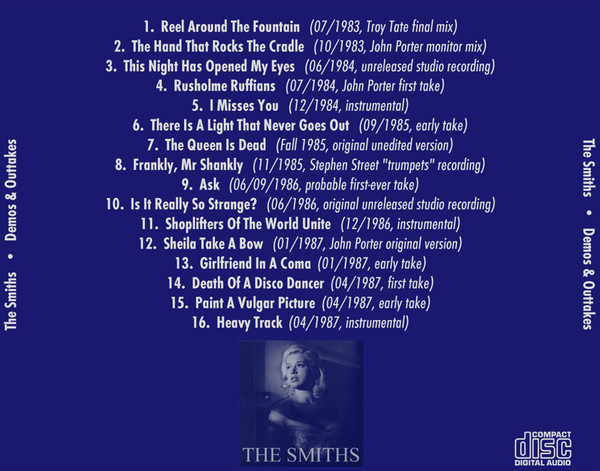 Warner Strategic Marketing considered releasing a limited edition 2-cd set of "The Very Best Of The Smiths" in 2001. The seven tracks from the second disc were sent to various people involved in the project. All seven are on this bootleg:

A compilation of outtakes from the sessions for "The Queen Is Dead" was at some point sent to record company people for some sort of anniversary reissue of the album (25th I think). From this 18 track compilation, two songs made it on this bootleg:
The Queen Is Dead (full version)
There Is A Light That Never Goes Out (take 1)
(plus of course Frankly which I've already mentioned above)

The rest are various demos.
Untitled 1 is called "I Misses You"
Untitled 2 is called "Heavy Track"
Both here are excerpts. The full versions are longer than that.

The rest are monitor mixes/demos for Strangeways.

This means that the makers of this bootleg have lots more in store that they could leak on more bootlegs. I hope this will push Warner to finally put out some sort of box set or the album reissues with unreleased material. Otherwise bootleggers will be making more compilations like these and eventually cut all the profits that the labels could be making.
"If I knew where good songs came from I'd go there more often." Leonard Cohen
"I’ve always held the song in high regard because songs have got me through so many sinks of dishes..." Leonard Cohen

Moderator
The tracks (mono) were first leaked on this site in 2010.
Then came the Analog Loyalist remaster (stereo) version via 'Steve' at Smiths Torrents in 2011 - shared via DavidA and The Power of Independent Trucking site the same year.
(http://thepowerofindependenttrucking.blogspot.com/2011/01/mastered-smiths-stereo-demos-outtakes.html).
(Edit: forgot to mention the power of... site gives good detail about the significance of each track).
The version in your post appeared on ST in 2012 via DavidA and the Guitars101/T.U.B.E. site above have lifted the same wording etc with zero credit to any of the sources.
(http://smithstorrents.co.uk/viewtopic.php?t=3533)
The vinyl they all stem from: 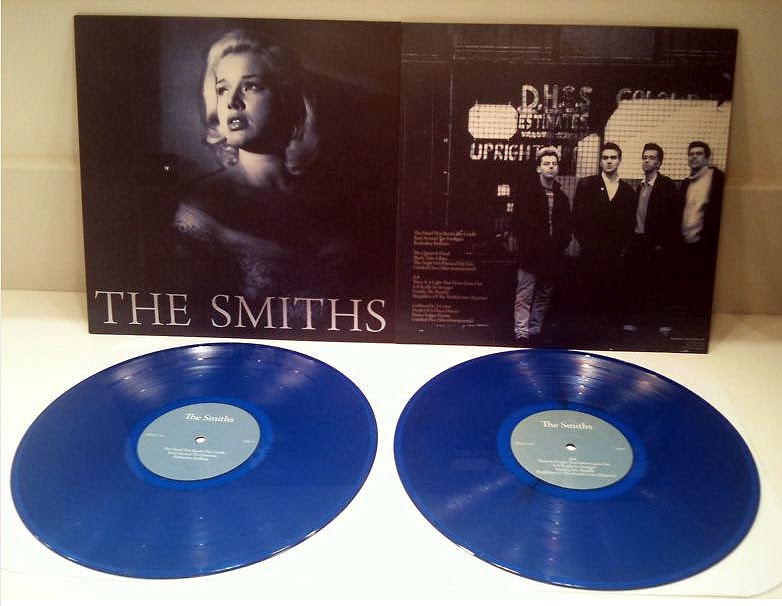 The boot has surfaced many times since.
Obviously, it didn't get Warners to do anything much in terms of releasing more, but the tracks were finally out in the open and all involved deserve kudos for that.
Regards,
FWD.
Last edited: Jun 20, 2018
'Never complain, never explain...'
You must log in or register to reply here.

The Smiths A-Z: "Is It Really So Strange?"