The Smiths A-Z: "William, It Was Really Nothing" 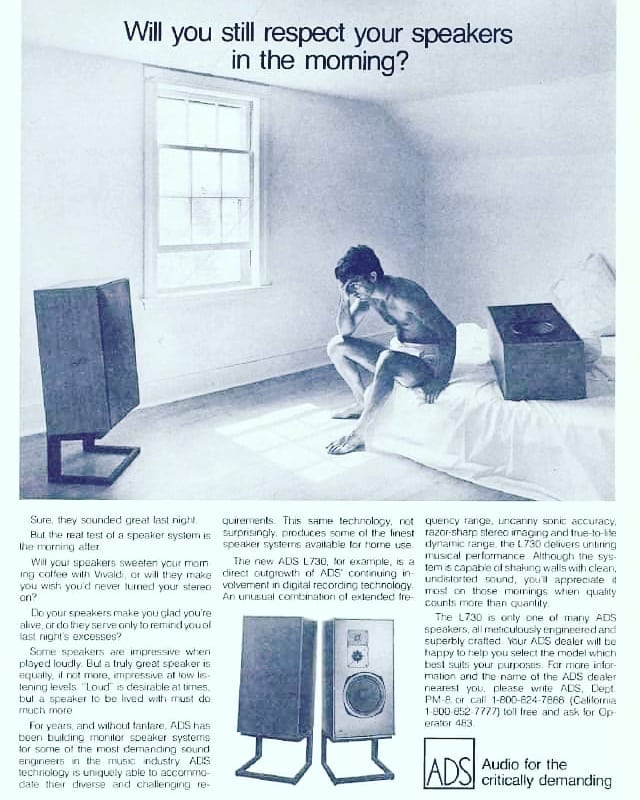 The initial sleeve was created using an advert for Analog & Digital Systems Inc. speakers ("A.D.S."), circa 1981-82.
The then threatened legal action resulted in the Billie Whitelaw image being used as a replacement when the record was repressed in 1987.
A.D.S. had alleged (Peepholism, p19):
"Violation of privacy" & "deceptive trade practices". (subsequently dropped).

The Smiths FAQ (2015):
"Elsewhere, he would suggest that some of the song’s lyrics were inspired by Billy Liar, the 1959 Keith Waterhouse novel of a working-class British teenager who was aspiring to become a successful comedy writer."

From Mozipedia (2009):
"As Morrissey explained, his main aim with ‘William’ was to address marriage from a male standpoint as opposed to pop’s traditionally female perspective (e.g. his own favourite, Martha & The Vandellas’ ‘Third Finger, Left Hand’). ‘I thought it was about time there was a male voice speaking directly to another male saying that marriage was a waste of time,’ he argued. ‘That in effect it was absolutely nothing.’ Strong speculation that the title ‘William’ was actually The Associates’ singer Billy Mackenzie, whom Morrissey had recently befriended, was lent extra intrigue by the revelation that MacKenzie had visited his Kensington flat only to run off with one of his treasured James Dean books. MacKenzie added fuel to the rumour mill with his own belated response song, ‘Stephen [sic], You’re Really Something’."

Kept it brief - feel free to do the opposite below.
Regards,
FWD.

William, It Was Really Nothing (single) - Morrissey-solo Wiki

Like London, it's everything they were about, pressure cooked in just over two minutes.

Probably my favourite tune, not neccearily lyrically but definitely musically. I love everything about it.

This is peak English M. You just would not get an American writing this. Its one of the songs Ive heard too many times though when it comes on, i FF. I do not think its Smiths peak.
The TOTP performance was fire (little known fact Ian from Echo and the Bunnymen did the skinny man ripping at the top first)

The Smiths A-Z: "You've Got Everything Now"