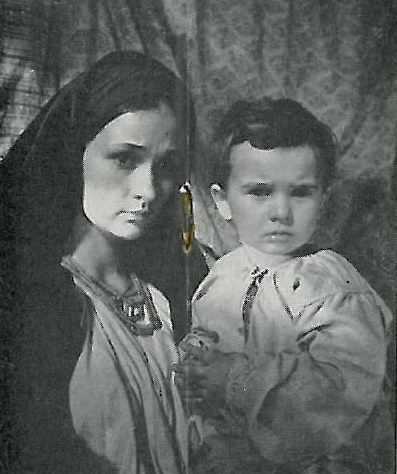 Child cropped from the picture is from "The Enchanted Desna" by Julia Solntseva.
The image was published in "Film & Filming" (February, 1965). 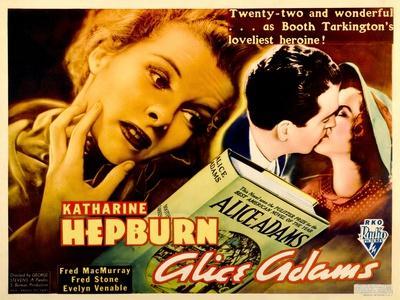 The song's central refrain is cited to be a lift from the 1935 movie "Alice Adams" during a scene between Katharine Hepburn and Fred Stone:

"I think you're the smartest girl in the world.
I wouldn't trade you for the whole kit and boodle of them.
Isn't it funny how things work out?
I've seen it happen in other people's lives... ..and now it's happened in ours.
What's that, Dad?
You think you're going to be pushed right spang up against a walI....
..you can't see any way out, or any hope at all...
..and then something you never counted on turns up..."

Morrissey asserted the song was about his relationship with the media:

"When I wrote the words for that, I was just so completely tired of all the same old journalistic questions and people trying, you know, this contest of wit, trying to drag me down and prove that I was a complete fake. And I was tired of that because it just seemed that, like, even the people within popular music, even the people within the music industry, didn't have that much faith in it as an art form. And they wanted to really get rid of all these people who are trying to make some sense out of the whole thing. And I found that really distressing."

("Trial By Jury" in Melody Maker - March 16, 1985).
It has been speculated that the song is actually about a relationship with a journalist in the 80's.

Antecedents drive stakes into the ground

A truly sublime song. A song that shows with such simple clarity how the melody plus the voice, make the fire.

Intonations and incantations reminiscent of the sweeping grace and the rise and fall of an entire orchestra - where there is none.
The swell and ebb pulls you with it, you are at the top of the crest of a wave, and the plummet back down could end in obliteration, but you don’t notice and you would never even care, because the fall is even more beautiful than what came before, and the sweep is nearly complete, and then you will be done.

There is no bleakness, only beauty, though it defies the laws of physics of how that could be so, in this particular song.

In Virgil’s The Aenid, and in Purcell’s opera, the Tunisian Queen Elissa falls in love with Aeneas when he lands in Africa. They have a doomed and apocalyptic romance because ultimately he deserts her and leaves, as he sails away to go found Rome. She was infatuated with him and as he sailed away, the fates were set because she cast the Trojan curse, and then committed suicide and died of grief, all at once. The story is a majestic epic, with inconceivable powers at play, because underneath the surface what was actually happening is that on both sides, their feelings were being manipulated by the Gods, who were, in effect and in practice, warring with each other through these beings and through the manipulation of their anguished, restless souls.

Purcell’s opera without a doubt and without fault, perfectly captures and reflects back to us the exquisite beauty to found in this epic tragedy and in the sheer majesty of the very premise. You are transported away, and as you listen, you become the dying queen, or you become very saga itself.

I imagine this Phoenician queen, cursed by the Gods who at first seemed to innocuously bless her, and I think of her committing suicide, dying there on the clifftop while she watches Aeneas sailing away - the Gods’ curses are propagated because she repeats and bestows the same on another - though the love she felt was real to her, and she loved Aeneas more than life.

Next, if I imagine this all happening now, instead of then - easily the backdrop of Purcell’s opera quietly recedes, and I hear in my head That Joke Isn’t Funny Anymore.

And I make this connection in my head and I typed this all, because this opera stops time for me.

And so does That Joke Isn’t Funny Anymore. An exquisite song, that in so many ways will always stand alone, and in a class of its own.

I love That Joke Isn’t Funny Anymore and I love the aria below, and each one makes everything instantly and perfectly understandable about the other. That Joke Isn’t Funny Anymore is so much more than it even knew it could be, and “timeless” as a descriptor doesn’t even begin to touch it. The song sweeps everything away. It is limitless grace, with its nuanced subject matter so deftly interwoven into the song’s melody, and the echoes of Morrrissey’s voice remain, hanging perfectly still in the silence that surrounds, long after the song stops, and you find yourself again alone in the room.

Extremely underrated at the time (# 49 in the charts), and maybe even today.
I love the intensity of the song, the way it builds towards the climax “I’ve seen it happen…”, the harrowing music and the desperation in the voice.
For me, the highlight on a very strong album.
B

Always had a love hate relationship with this song...... for me it's a bit of a mess musically / structurally and doesn't really flow right, almost like it's 2 or 3 songs stitched together by someone playing around with his first portastudio...... and Joyces drum roll at the beginning just spoils the whole song for me...... but i love the lyrics on it and the singing is beautiful ...... one of those times where i really think Morrissey polished a turd into almost gold.....

The Smiths A-Z: "Work Is A Four-Letter Word"

The Smiths A-Z: "What Difference Does It Make?"