Next up in our Smiths A-Z project is this instrumental track, first released as a B-side on the "How Soon Is Now?" single in 1985 and then included on The World Won't Listen compilation.

The song was never performed live by the Smiths (although they did soundcheck it on the North American part of TQID tour) and has never been played by Morrissey as a solo artist, either.

My fave of all the instrumental Smiths songs.
It has a cold, hard harshness to it, and when I listen to it I imagine Morrissey and Linder, walking about the streets of Manchester after tea time, with the rain lashing into him and Linder. Both now having very flat hair.

My favourite of the instrumentals, too, by some distance.

Has anyone ever attempted to put words / a vocal melody to this?
W 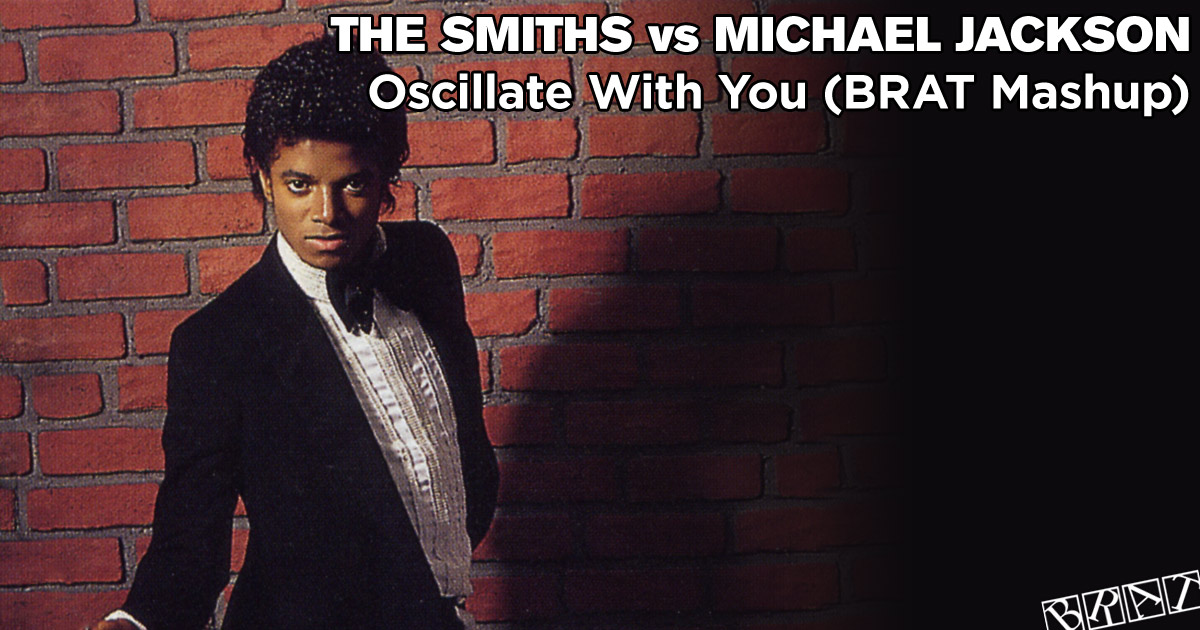 The Smiths vs Michael Jackson - Oscillate With You

BRAT Mashups: The Smiths vs Michael Jackson - Oscillate With You

Always felt this was Johnny auditioning to do a Bond theme - it's v John Barry.

"Initially the very notion of instrumentals was motivated by me. I suggested that 'Oscillate Wildly' should be an instrumental; up until that point Johnny had very little interest in non-vocal tracks. There was never any political heave-hoing about should we-shouldn't we have an instrumental and it was never a battle of powers between Johnny and myself. The very assumption that a Smiths instrumental track left Morrissey upstairs in his bedroom stamping his feet and kicking the furniture was untrue! I totally approved but, obviously, I didn't physically contribute."

FWD.
Some of us is turning nasty
F

I agree with those praising this track as the best of the instrumentals. It's also deservedly the most well known due to the BBC using it quite a bit for their sports coverage.

I can also see that it would have worked well on a movie soundtrack.


Just to show other viewpoints and not because they should be considered in any way definitive...

The only worthwhile Smiths instrumental, but I still skip it most times it comes on.

BookishBoy said:
My favourite of the instrumentals, too, by some distance.

Has anyone ever attempted to put words / a vocal melody to this?
Click to expand...

And second everyone else here as to best of . . .
"The population of an entirely planned and controlled world is going to be inexpressibly lonely." - Cardinal Joseph Ratzinger, later Pope Benedict XVI

Catholic said:
I would also be interested to know this.

And second everyone else here as to best of . . .
Click to expand...

This is the best of the instrumentals by far.

Spotlight. It's time the tale were told !

Carlislebaz said:
I could try

The return of Bernard Manning ?

Bizarro said:
The return of Bernard Manning ?
Click to expand...

Or even Hilda Ogden

While I also like The Draize Train (live) this is definitely the superior instrumental.

I read the quote that @FWD posted. So is this a case of Morrissey attempting to write vocals and not liking the outcome, or did he genuinely believe it's better an instrumental?

The Smiths A-Z: "Money Changes Everything"