hello there everyone
I need help with this release
I have a copy and a few copies to sell
These are proper, legitimate Warner releases
and still i find ZERO info on any website, forum, anywhere
I have practically checked everything and found no info whatsoever
which seems very strange indeed....
anyone knows about this? maybe someone also has a copy????
mail me or write here, ok? 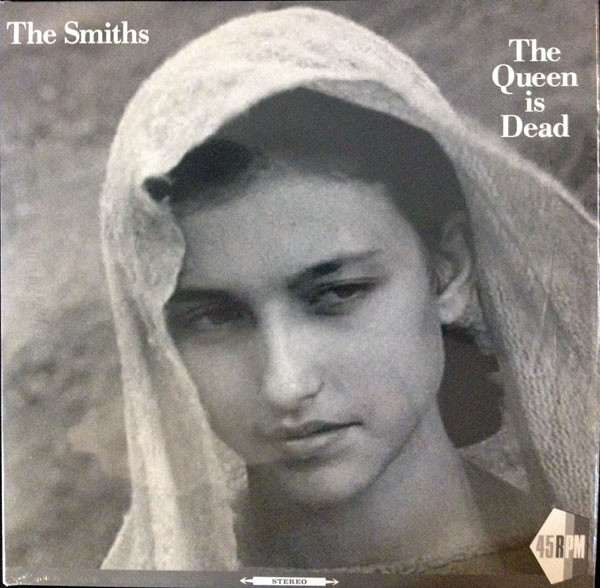 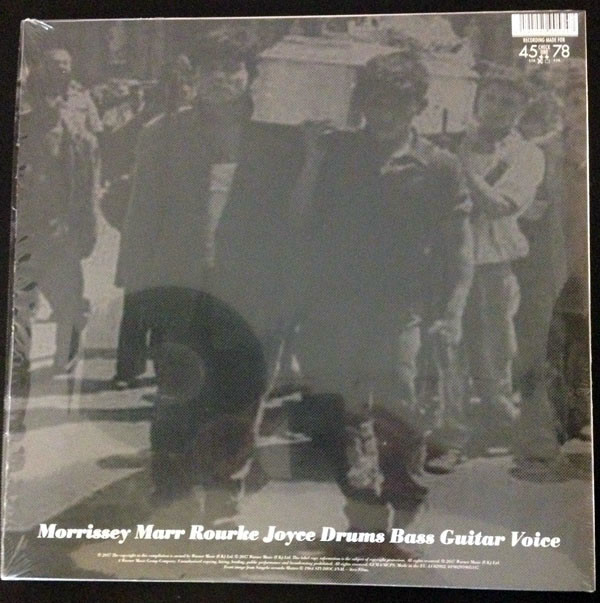 ordinaryboy86 said:
Of course they're official, was never in doubt
Click to expand...

Interesting how the picture disc doesn't credit sleeve by Moz though? I know a lot of the WEA onwards albums were not done by him. Have you opened the picture disc, is there any run out groove message and what's the catalogue number?
A

The catalogue and matrix numbers were added to the discogs release page. I know own the 7" pictures disc. I own many newer bootlegs and this thing looks pretty legit
A

Any news on this?? Has anybody been able to find it anywhere? ...I'm surprised as to no real info has surfaced yet!

I guess Moz gave up waiting for Queen Elizabeth to die, and decided to issue it now. Better late than never!
A

Why exclusive to HMV??? Sigh
Any chance this gets a release in the U.S.?
I really don't wanna pay a flipper price on Ebay
A

Anonymous said:
Why exclusive to HMV??? Sigh
Any chance this gets a release in the U.S.?
I really don't wanna pay a flipper price on Ebay
Click to expand...

Well, you US folks did get the exclusive 'World Peace' orange vinyl, which we had to pay through the nose for on this side of the Atlantic. Shit happens.
A

FWD and some other doubters.....maybe a short "mea culpa" or something is due....
and thanks for those who believed in the originality of this release....
now that it is finally out in the shops....
still makes me wonder why this is being released.....31st anniversary?? odd....
and still if someone one day will shed some light on how they were released to us over here....noone knows still...

Anonymous said:
FWD and some other doubters.....maybe a short "mea culpa" or something is due....
and thanks for those who believed in the originality of this release....
now that it is finally out in the shops....
still makes me wonder why this is being released.....31st anniversary?? odd....
and still if someone one day will shed some light on how they were released to us over here....noone knows still...
Click to expand...

'I am to blame' for what exactly!?
Not sure Catholicism has anything to do with this and there is nothing 'due' from me.
Not sure which part of me being 'happy to be wrong' was confusing (if you can be bothered to read it being said many times throughout this thread).
Picking apart the details of this record release whilst telling people not to personalise the questions being asked about its provenance was pretty clear too.
The way this record came about, the mysterious behaviour of those (illegally?) selling it, the mysterious geographical leaks, the ability of people to list anything on discogs as real without provenance and odd matrix numbers et al when potentially coupled with unscrupulous people who have flogged fake things before isn't exactly anything that inspired confidence. Quite a few fake coloured vinyls/bootlegs etc have come from Europe in the past and when a few records are presented to a global audience as 'real' and nobody except the sellers know anything about the record - it looks odd (people who work in record shops probably know who is supplying them and can be more specific).
All the people concerned cited a Warners spreadsheet that referred to 2 picture discs - which wasn't quite true either - I would carry on, but I bore even me.
Feel free to talk in hindsight, but at the time - many were justifiably convinced that it wasn't a valid release.
I believe I promoted the idea of healthy skepticism - which if you collect records you probably should have - if you don't question things you will have lots of wonderful fake coloured vinyl or test pressings with brand new stickers on them. People that blindly buy things are going to have a bad time eventually and get stung.
As for the whys and wherefores... yes, we will probably not ever know.
My guess: a couple of boxes of records 'vanished' from storage and ended up in collectors hands who happen to work in record shops and found an unscrupulous contact to supply them (it's an odd coincidence that one of the sellers was a huge Moz collector don't you think!?). This was probably at the point that the 2016 vinyl was being placed in 2017 packaging. I don't believe 2 random record shops separated by many miles suddenly got an accidental delivery of a few records (as clearly they kept finding more to sell). I believe it was leaked not sent legitimately to a couple of shops - but, again, hindsight means very little when it comes to the scant information surrounding Morrissey's current marketing strategy. If people selling these on discogs/Ebay accelerated the release in any way - then I might feel a grain of gratitude in an ironic way, but I'm not sorry in any respect for questioning something's provenance - never will be.
Regards,
FWD.
Last edited: Jun 18, 2017
De gustibus non est disputandum.
You must log in or register to reply here.