I know we had a thread on general, but I think it is time we had an official one here since there are a lot of Russell fans here as well. So this is it. (did we have one before? ah well this one will be much better if we did)

what difference does it make?

Last edited by a moderator: May 15, 2016
what difference does it make?

almareallymatters said:
I LOVE him!

wooo hooo!
what difference does it make?

Stop me if you've heard this one before, but could Morrissey be using West Ham to speak to me?
Russell Brand
January 26, 2008 12:05 AM

Is it insanely narcissistic for me to contemplate that Morrissey is trying to communicate with me through the wearing of replica West Ham tops? The answer is, of course, "Yes". "Yes it is. Why would you even need to ask?" Well, because I've been courting Morrissey, of whom I'm a lifelong fan (if that life is about 18 years), for several months with the intention of persuading him to commit to a documentary where I interview him, follow him about and analyse his legacy.

He is aware of my devotion to the Hammers and seems rather fond of me; recently on stage at a handful of gigs that I was unfortunately unable to attend he introduced the members of his band before saying "and I'm Russell Brand". When I heard tell of this I became all queasy and loopy and reckoned it to be the start of a beautiful friendship with a beloved icon. The knowledge of this name-check dramatically impaired my enjoyment of the performance I attended at the Camden Roundhouse this week ("I don't perform, seals perform ... unfortunately") as between each song I became rigid with dashed expectation as I awaited the utterance of my name like it was the sixth Lotto Thunderball number. The trepidation was so torturously unbearable that I nearly leapt to my feet and screeched: "I'm Russell and I need you to love me."

Thankfully I just sat there all spurned, listening to the hardcore chant, to the tune of "'Ere We Go", "Morrissey, Morrissey, Morrissey". I once did a gig with Noel Gallagher and the similarity between the crowd there and at football was startling but I suppose somehow natural because of the obvious corollary of those two demographics, but would you expect to find a large terrace fraternity at a Morrissey gig?

I suppose I'm an unlikely member of both groups, alas on that occasion, unlike at Upton Park I was unwilling to subjugate my identity into the throng but instead perched on my seat's edge wringing my clammy fists like a meekly loyal housekeeper waiting to be listed in the Oscar acceptance speech of an oblivious employer.

At the point in his set where he introduced his band I became so agitated with futile hope that I kicked over my neighbour's drink and locked hands with my companion so tightly that to escape she had to chew through her own wrist like a trapped fox. The fantastic set concluded, quite rightly, without any mention of my name, which has helped me to re-evaluate my expectations of live entertainment. I won't on Wednesday, for Liverpool's visit to West Ham, expect Dean Ashton and Mark Noble to come out at half-time and sing "To All The Girls I've Loved Before" without once breaking eye contact with me, and I think that alone will make it a more enjoyable evening.

So, with my unrealistic, egocentric dementia happily acknowledged we can return to the question posed at this article's genesis. On the cover of his new single That's How People Grow Up Morrissey is wearing a West Ham Boy's Club T-shirt - now he did once wear the same shirt nine years ago, before we met, before he would've had any awareness of my existence, unless he was a secret attendant of Grays School's production of Bugsy Malone in which I dazzled as Fat Sam, but is there even the remotest possibility that his renewed interest in the garment could've been sparked by my own allegiance to the club? "No, let it go." Well, after the show I asked him. Not outright like Paxman, more opaque and obtuse, like Columbo.

I had him cornered but not isolated; also present were the former QPR striker, now with MK Dons, Kevin Gallen and a bloke called Liam, who I think was a Millwall fan. I cagily asked Morrissey why he had taken to wearing the claret and blue, fingers crossed in pockets that the response would come "Because of you, darling boy" but before Morrissey spoke Kevin said, "You're a QPR fan ain't ya?" and Liam said, "I thought you liked Millwall?"

I saw this as a brilliant opportunity to recount an intriguing anecdote I once heard on the History Channel, told by an old German man who had once been a member of the Hitler Youth (I know this is the second consecutive week that I've mentioned Hitler, I'm not secretly Nazi, I don't know why it keeps happening, I think he was a wicked, wicked man. Wicked as in bad, not hip and edgy.)

It was along the lines of: "We the assembled ranks of the Hitler Youth were watching the Führer give a speech, and at the point he said 'You young men are the future of the Fatherland' he looked right into my eyes and I knew he was speaking specifically to me. When I told the other members of my experience each of them said 'No, when he said that he looked into my eyes'"

Now I related this to demonstrate amusingly that all three of us had keenly believed that Morrissey was a follower of our chosen team but midway through I remembered NME coating him off and calling him racist.

To be clear Morrissey is not racist, and only a twit could make such an accusation. Nonetheless I thought "Oh no, he's gonna think I'm comparing him to Hitler" - I mean he's a vegetarian, artistic and very charismatic but it's not a comparison I imagine he'd welcome. I began to flounder and back-pedal, trying to distance myself from my words even as they tumbled from my mouth, clarifying and mitigating like a drowning Hugh Grant. When I finished blathering Morrissey gave a world-weary sigh and turned to the other two gents - "Of course... this is what Russell does for a living" he said.
what difference does it make?


did you see this Alma? so funny
Last edited by a moderator: May 15, 2016
what difference does it make?


did you see this Alma? so funny
Click to expand...

Would you show Russell your boobs?...I would!

(although maybe not on the telly...or would I?!) Would you show Russell your boobs?...I would!

sure would.. he would have a hard time missing mine actually

I happen to love Matt as well 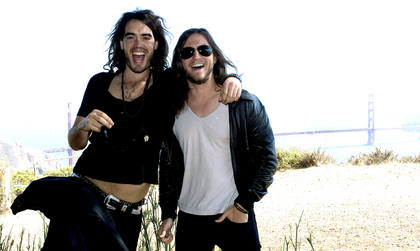 what difference does it make?

wooo another Matt fan, god he is fantastic isnt he?
what difference does it make?

wooo another Matt fan, god he is fantastic isnt he?
Click to expand...

I didn't really like ol' Russ but then I started to listen to the show mainly because of the fact he plays Morrissey, now I like Matt more than Russell.

Oh did anyone hear the jingle about Matt that aparently 'sounds like Morrissey'?

jesuisbryony said:
Oh did anyone hear the jingle about Matt that aparently 'sounds like Morrissey'?
Click to expand...

heheh yes I did it was on last weeks pod cast I think. I think the jungle race war participant was aiming for an Morrissey vibe. Matt said it sounded like Morrissey.

Oh ladies (and gents) have you seen this page its brilliant.
what difference does it make?

I didn't really like ol' Russ but then I started to listen to the show mainly because of the fact he plays Morrissey, now I like Matt more than Russell.
Click to expand...

A few weeks ago did you hear Russell going on about Moz's greatest Hits album he referred to Morrisseys pic as "Morrissey's lovely face in repose" and mentioned that Morrissey had signed it to him as "Russell, my discky wisk, yours Morrissey" or something like that and Matt went "oh god, why don't you two just get a room!"
Russell replied " I Would love to be in a room with Morrissey"
what difference does it make?

vicarinatutugal said:
A few weeks ago did you hear Russell going on about Moz's greatest Hits album he referred to Morrisseys pic as "Morrissey's lovely face in repose" and mentioned that Morrissey had signed it to him as "Russell, my discky wisk, yours Morrissey" or something like that and Matt went "oh god, why don't you two just get a room!"
Russell replied " I Would love to be in a room with Morrissey"
Click to expand...

I don't remember the disky wisk bit ... that's quite lovely
but the other bit yes, I did hear

Also the other week when Matt mentioned that as soon as (superstar) Russell came back from America he said, "Oh god, I forgot to e-mail Morrissey" anyone here that?

Thank you for the hug gif.
How

You know, I hadn't realized he's in that Sarah Marshall movie.

vicarinatutugal said:
Oh ladies (and gents) have you seen this page its brilliant.
Click to expand...

Hmm I'll have to go there in my actual spare time.
[SIGPIC][/SIGPIC]

I could get myself into trouble.....I remember trying to explain to my b/f the attraction of RB as "dirty but desirable".........

I'll lower the tone.....I'm sure I've seen more revealing than this 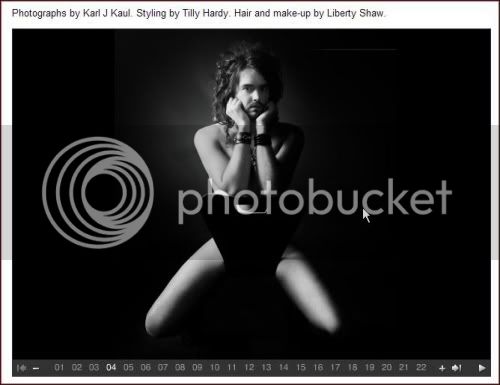 "Before you go to sleep tonight, when you're in your jim-jams, remember, remember : Life is but a moment"