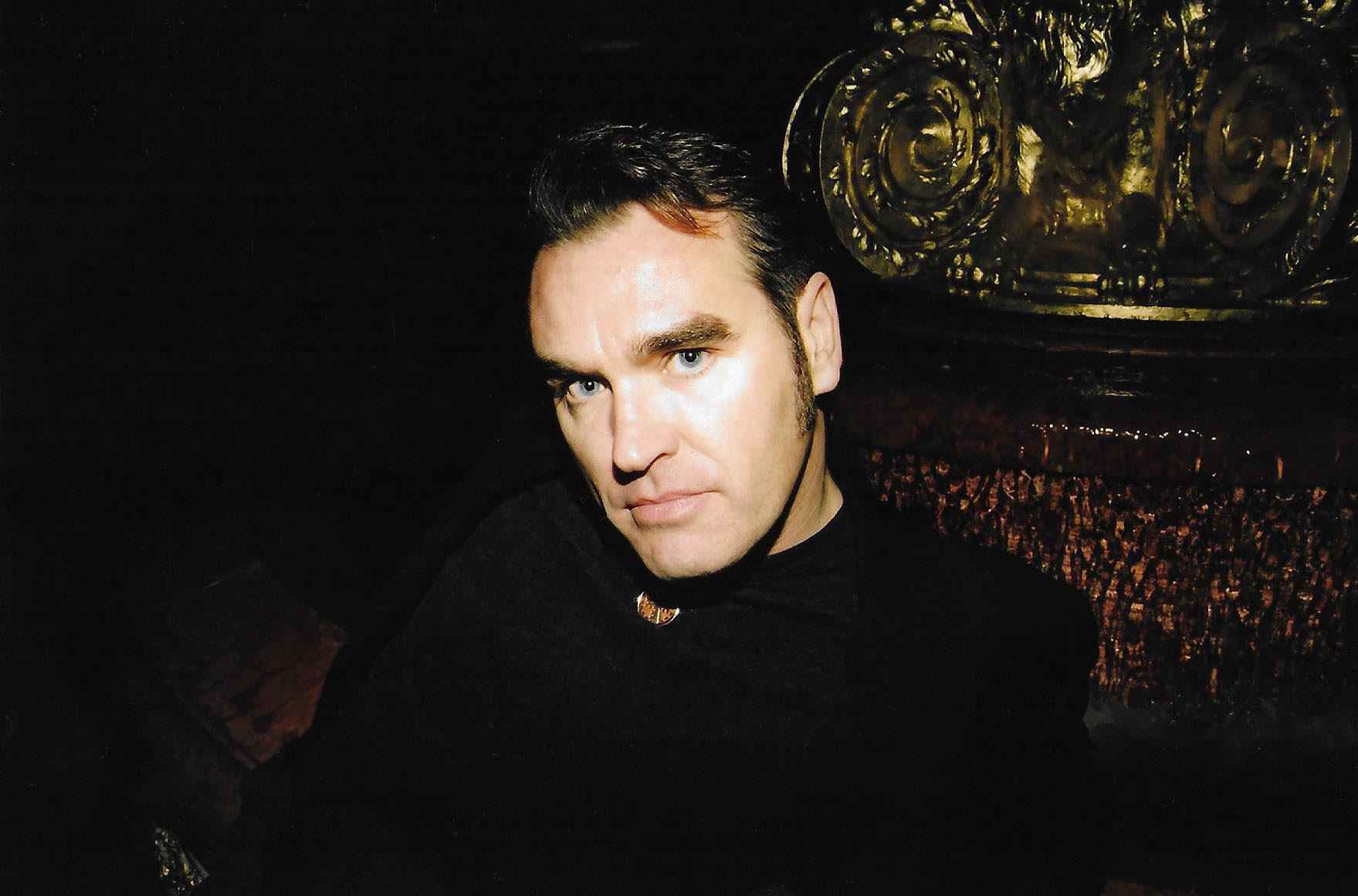 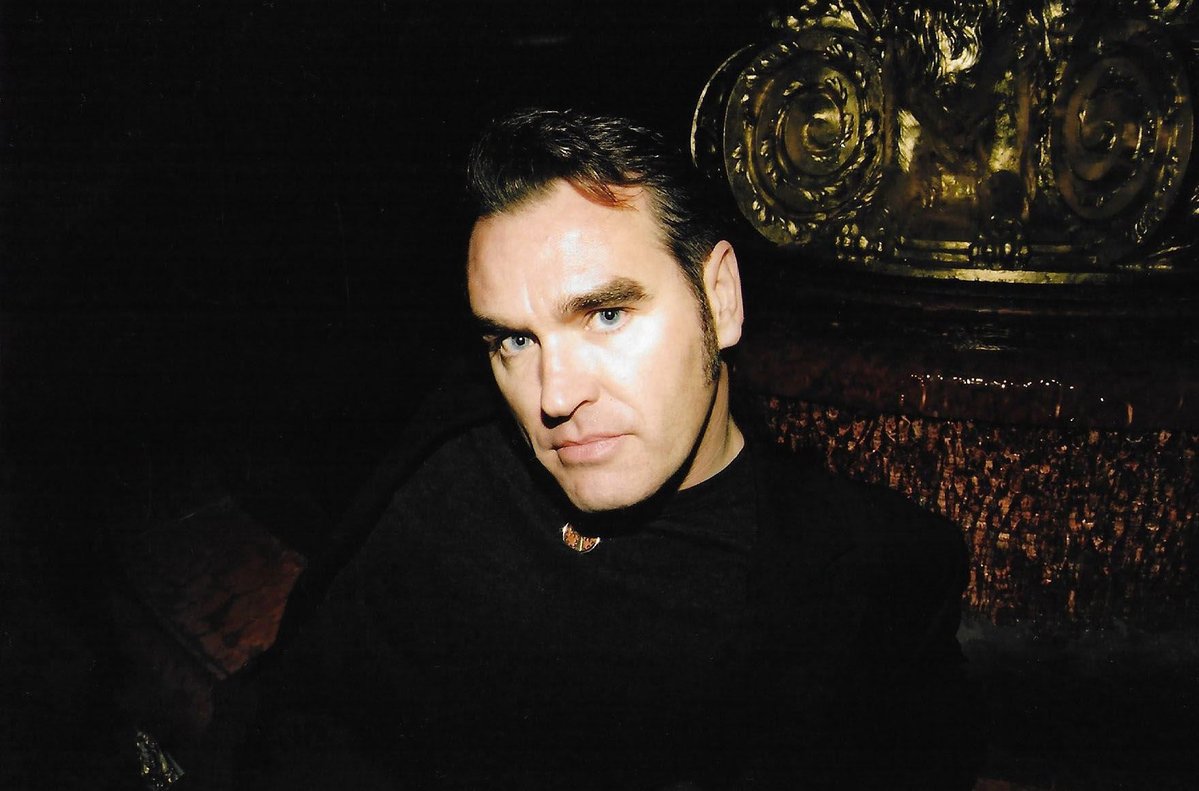 Moz Posse-Shot Caller said:
The greatest post in this asylum ever. If anything doesn't make you crazy delusional sociopaths thousands of miles away from Moz Angeles wake up or give up, nothing will.
Click to expand...

Nah, it just makes everyone think what a couple of dick heads you and Aztec are. There are plenty of people round here who went to school or Stretford College who can give a great account of what Morrissey was like.

Morrissey's left nut said:
It's good to see you move on from just smooching Mozzer's buns cheeks and giving Jesse some lip-service.
Click to expand...

I have lots of love to give to those that deserve it. Don’t be so jealous.

Anonymous said:
I wonder if the return of Alain will see the return of more 90's songs to the setlist? Morrissey seems to have been avoiding a huge slew of tracks from this period in recent years.
Click to expand...

Top of my head, in the last 5 years

happy to be corrected

Verso said:
Sadly, it’s a severe mental illness that has developed new symptoms after years without treatment.
Click to expand...

Hang in there, I’m sure you’ll find
a cure one day to treat your illness.

"...to say the things he truly feels
And not the words of one who kneels..."
S

No 27 said:
I don't want to disillusion you, but none of those that you listed are strong songs. They're the opposite of strong: not strong. Jesse isn't a strong songwriter and he isn't a strong guitar-player. Your taste in songs isn't strong.
Click to expand...

Woh, you're right. You really have disillusioned me. I'm going to renounce all of my musical opinions, throw away the hundreds of songs I've written and knowledge about songwriting I've acquired over decades, and take a good long look in the mirror.

Trans said:
I bet he plays a bunch from dog as he hasn’t exactly got to tour it really
Click to expand...

I’m hoping he plays some from CS he hasn’t played yet. Though over anything else, I’d rather hear some Bonfire songs.

Janice said:
Top of my head, in the last 5 years

Would be great to have a set without
hits, Everyday is like... to Last of the gang. And if he must do a Smiths song, then one we haven’t heard live yet by him or The Smiths.

Would be wild to hear a set made up of songs we haven’t heard live yet, he has enough of them.
I know, keep dreaming.

I'm hoping for 'Hairdresser on Fire'. For added drama, both Jesse and Alain attempt to play the solo at the end, and have a huge onstage fight over who gets to play lead guitar. Full-on, rolling around the stage wrestling, hair-pulling, biting each other's ears - that sort of thing. That would pep up the live set no end.
F

I think over the past 5 years the 1988-97 solo songs performed would be something like:

The Last of the Famous International Playboys
At Amber
Ouija Board, Ouija Board
Yes, I Am Blind
November Spawned a Monster

I've Changed My Plea to Guilty

Seasick, Yet Still Docked
Glamorous Glue
You're the One for Me, Fatty
You're Gonna Need Someone On Your Side
Jack the Ripper

The More You Ignore Me, The Closer I Get
Speedway
I Am Hated for Loving
Hold On to Your Friends
Why Don't You Find Out for Yourself

Not bad and certainly a lot more deep cuts than most singers of his era perform.
Last edited: Jul 24, 2021

Ben Budd said:
Well, you may be able to beat me up, but at least I can spell 'grammar', and that's the real quiz.
Click to expand...

Anonymous said:
I've always been slightly curious regarding this 'musical director' role regarding Boz - it sounds like such an inflated title. Most bands don't seem to need one - learning the songs on the set list and making sure they all sound tight and are playing in the same key etc is just what bands do anyway. There was no mention of this role until after Alain was booted out the first time. It's very strangean artist like Morrissey’s case, lots of artists that sometimes incorporate other commonly “non rock” music instruments such as horns or woodwinds
Click to expand...

Lots of bands on the touring level of Morrissey have a musical director in the band. Often times this happens when there is a need for other instruments that are typically not the traditional drums,bass,keyboards,and guitar for rock. For example the great 60’s songwriter Brian Wilson of Beach boys fane has a musical director in his band. His director is responsible for teaching any of the non rock instrument parts like horns and stringed instruments arrangements to the extra non rock musicians. And also in the case of Morrissey he doesn’t really play any instruments at a proficient pro level so an artist like him will delegate someone else in the band to make sure they teach any new members specific arrangements to new songs inserted into the set list that not everyone in the band may be 100% comfortable playing yet.
V

SqueezingMySkull said:
But I seriously don't see any obvious quality (or stylistic) difference in those Tobias songs to the rest of Morrissey's solo material.
Click to expand...

We did it. We found it. After 24 years of this toilet of a website operating, it’s here at last. The absolute worst thing ever posted on Morrissey-Solo.com.

Verso said:
We did it. We found it. After 24 years of this toilet of a website operating, it’s here at last. The absolute worst thing ever posted on Morrissey-Solo.com.
Click to expand...

I was so glad to see Morrissey's stated excitement over Alain's new songs (and praise for the old ones.)
No time to go through 19 pages of posts, but what's the situation with Boz exactly?

King Leer said:
I was so glad to see Morrissey's stated excitement over Alain's new songs (and praise for the old ones.)
No time to go through 19 pages of posts, but what's the situation with Boz exactly?
Click to expand...

Mere speculation. Nobody knows. Boz himself hasn’t said anything.
"As sentimental as a menopausal woman."
Rifke, 2022.

Verso said:
We did it. We found it. After 24 years of this toilet of a website operating, it’s here at last. The absolute worst thing ever posted on Morrissey-Solo.com.
Click to expand...

TheSmiths_1985 said:
IANADOAC is not a masterpiece, but was surprisingly good, especially after the albums that came before it. I think it’s the most consistently good album since You Are The Quarry. Even the cover art has grown on me.
Click to expand...

I THINK MOZ SHOULD EXPLAIN US WHAT HAPPENED TO BOZ, AND THAT HIS SILENCE IS BECAUSE OF HAVING TALKED WITH BOZ AND THAT HE HAS ASKED MOZ TO KEEP SILENT

NealCassidy said:
Can someone kindly flush this turd away
Click to expand...

Are you Jesse Tobias? I guess that would clear a few things up.
You must log in or register to reply here.