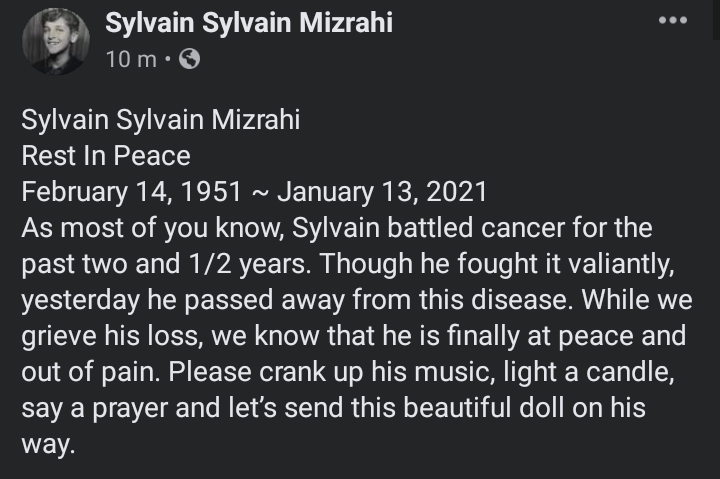 New York Dolls guitarist Sylvain Sylvain is dead at the age of 69. The legendary glam rocker had been battling cancer since 2018.
therockrevival.com

"...to say the things he truly feels
And not the words of one who kneels..."
V

LIFE IS SHORT BUT TRASH IS FOREVER! REST IN PEACE!

"Pease read this letter written for Syl by Lenny Kaye

Sylvain Sylvain, the heart and soul of the New York Dolls, bearer of the Teenage News, passed into his next astral incarnation on Wednesday, January 13, 2021.

Syl loved rock and roll. His onstage joy, his radiant smile as he chopped at his guitar, revealed the sense of wonder he must have felt at the age of 10, emigrating from his native Cairo with his family in 1961, the ship pulling into New York Harbor and seeing the Statue of Liberty for the first time.

It was he who looked across Lexington Ave. and saw the sign for the New York Doll hospital. Syl and a high school friend, Billy Murcia, were in the rag trade then, the aptly named Truth and Soul, handknit sweaters with a side of rockattitude. Hooking up with another classmate, John Genzale, and then, as bands will, Arthur Kane, and David Johansen, and Jerry Nolan, they became a quasar in the rock firmament; embodying trash, glam, garage-to-punk, the ambisexual affirmation of music played louder.

His role in the band was as lynchpin, keeping the revolving satellites of his bandmates in precision. Though he tried valiantly to keep the band going, in the end the Dolls’ moral fable overwhelmed them, not before seeding an influence that would engender many rock generations yet to come.

The New York Dolls heralded the future, made it easy to dance to. From the time I first saw their poster appear on the wall of Village Oldies in 1972, advertising a residency at the Mercer Hotel up the street, throughout their meteoric ascent and shooting star flame-out, the New York Dolls were the heated core of this music we hail, the band that makes you want to form a band.
Syl never stopped. In his solo lifeline, he was welcomed all over the world, from England to Japan, but most of all the rock dens of New York City, which is where I caught up with him a couple of years ago at the Bowery Electric. Still Syl. His corkscrew curls, tireless bounce, exulting in living his dream, asking the crowd to sing along, and so we will. His twin names, mirrored, becomes us.
Thank you Sylvain x 2, for your heart, belief, and the way you whacked that E chord.
Sleep Baby Doll."
"Now cut that out..."
M

"One of the Best" Sylvain Sylvain and the New York Dolls were essentially a pioneer, an adventurer in glam-punk rock. These guys paved the way for The Sex Pistols , Iggy Pop, Jobriath, The Rammones and even the "grunge rockers", of any stripe or color. Just loud and garish enough to annoy the cranky oldsters, me now, and our neighbor Mrs. Westburg who hated loud rock n roll and loud cars. You left an impression Sylvain and a name we won't forget. Hey there Morrissey....The New York Dolls Live Forever and Sylvain Sylvain not dead !
A 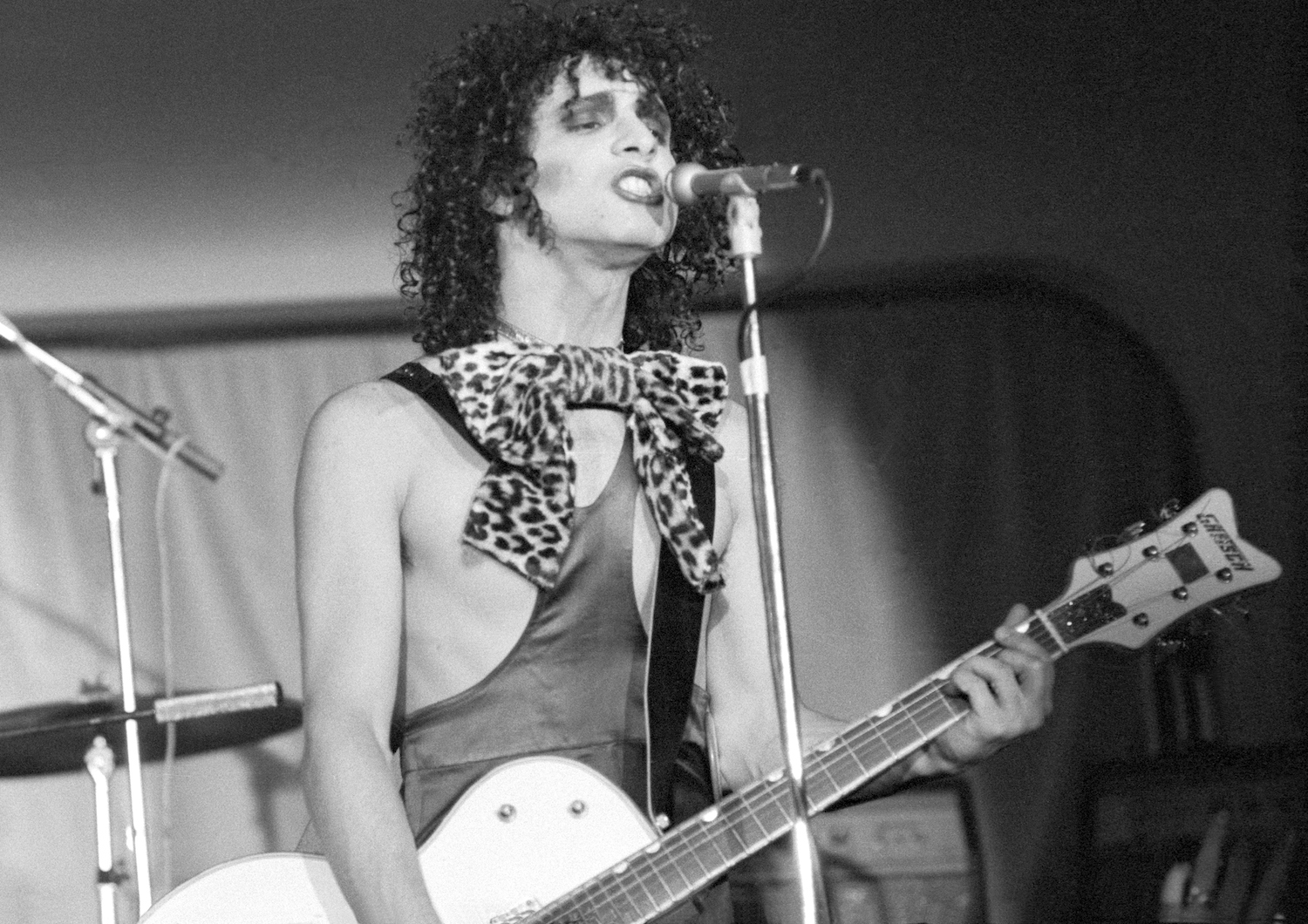 New York Dolls guitarist Sylvain Sylvain has died at 69, per a post on his Facebook page. He had been battling cancer for the last few years. Sylvain, real name Sylvain Mizrahi, was born in Cairo in 1951; his family emigrated to New York City when he was 10. Sylvain joined the New York Dolls in...

Hopefully David doesn't follow close behind. And I am anticipating the film that Martin Scorcesse is making about David. Is David the last NY Doll standing?

There are some bands that you never forget the first time you hear them - the New York Dolls are one of those bands. There's gonna be a showdown in heaven tonight...

the rock legends are on the conveyor belt of life,slowly edging towards the end and there is nobody to fill the gap they are leaving.rock is too sanitised and corporate now,a wildman is more extinct than a sierra de omoa streamside frog.
Last edited: Jan 15, 2021
rip roaring,free scoring,never boring,glasgow celtic.
A

Almost two million people dead from Covid 19.
Morrissey has no sympathy for them.
Cowering away in his hotel room, out of touch with any and all humanity. 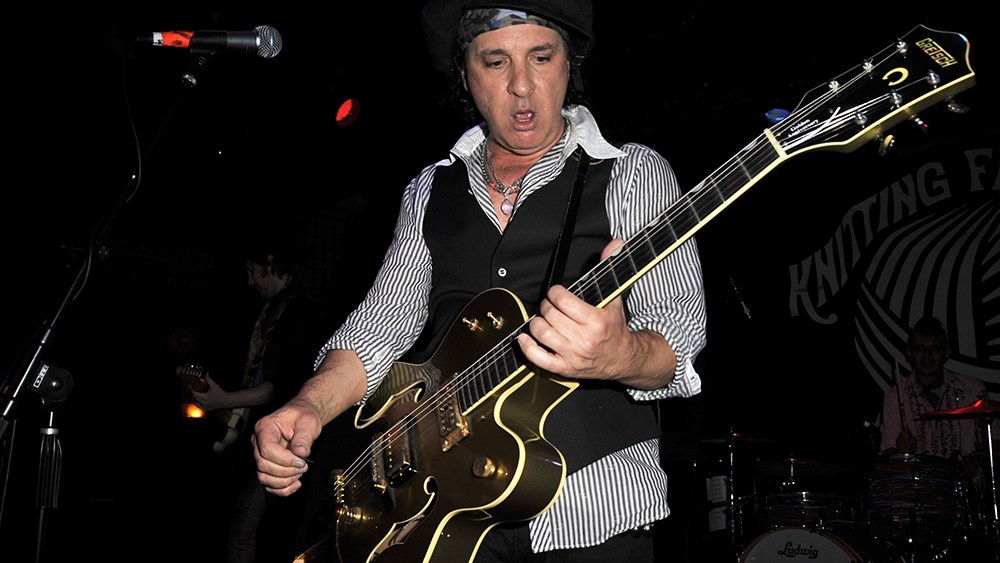 "And in the late 1970s, a British teenager named Steven Morrissey — later lead singer of the Smiths, who sounded nothing like the Dolls but copped some of their attitude — formed a New York Dolls fan club."

"'Somebody was asking me the other day, ‘If David and yourself died, would you want the new guys to keep it going?,’" Sylvain said of the band’s new lineup in 2006. “And I said yes. ‘Cause the New York Dolls is no longer just my band or something I created. It’s now the people’s band, if you will. It’s their baby. After we lost Arthur, I was e-mailing friends and got one back from Morrissey. He said, ‘Yes, you should go on and keep it going, because not only would Arthur would want you to tell the world about the New York Dolls, but you need to tell the world about the New York Dolls.’ That’s the way I see it now, and I think that’s a beautiful thing.”" 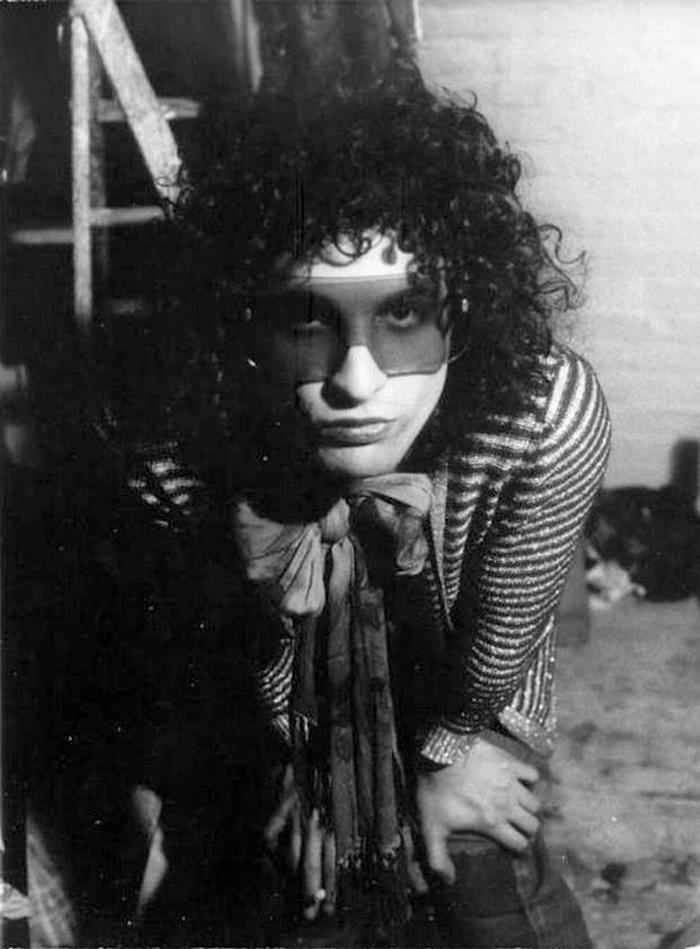 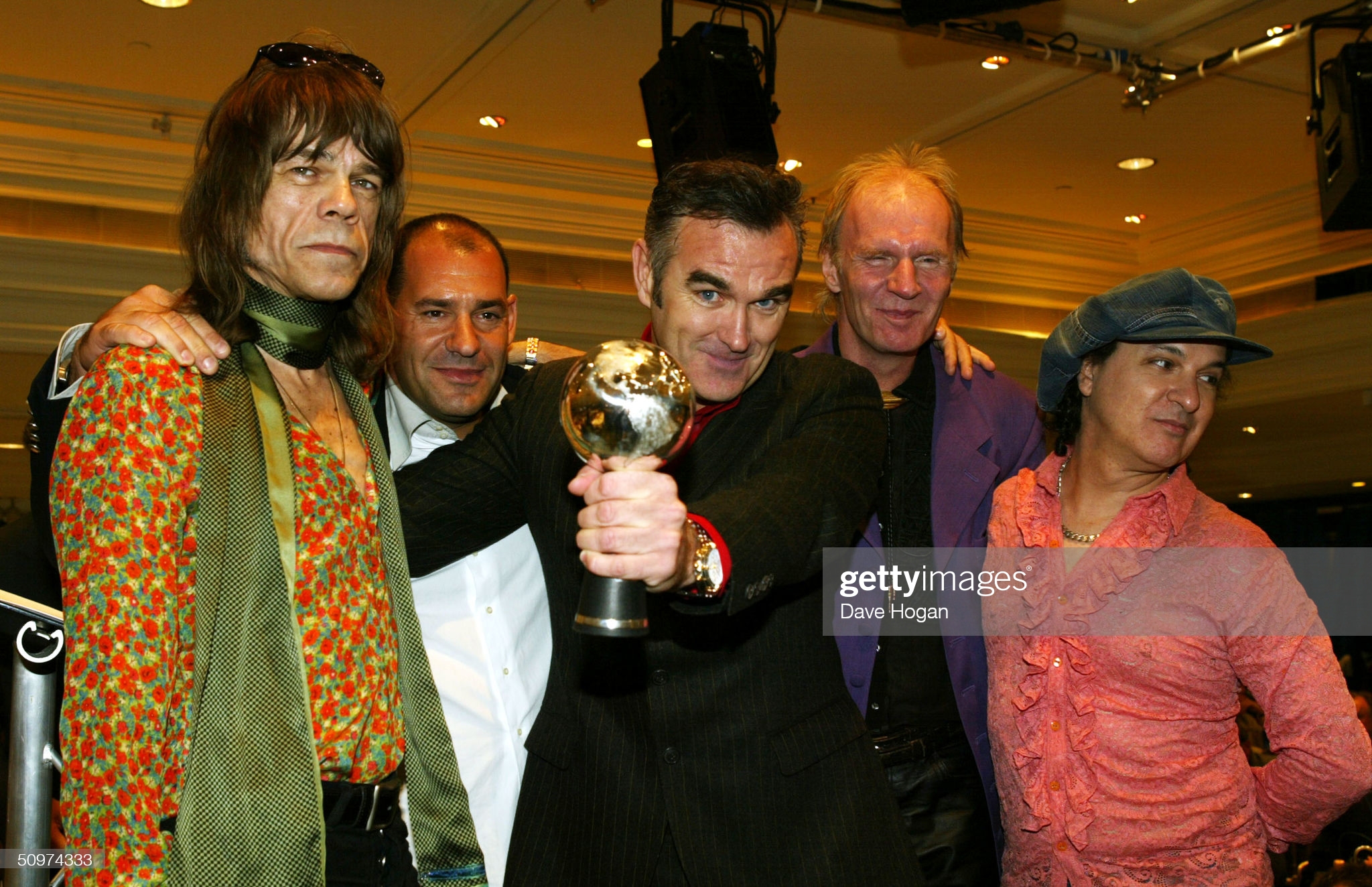 MollyMaeMorrissey said:
"One of the Best" Sylvain Sylvain and the New York Dolls were essentially a pioneer, an adventurer in glam-punk rock. These guys paved the way for The Sex Pistols , Iggy Pop, Jobriath, The Rammones and even the "grunge rockers", of any stripe or color. Just loud and garish enough to annoy the cranky oldsters, me now, and our neighbor Mrs. Westburg who hated loud rock n roll and loud cars. You left an impression Sylvain and a name we won't forget. Hey there Morrissey....The New York Dolls Live Forever and Sylvain Sylvain not dead !
Click to expand...

you're right except for Iggy Pop. The Stooges began before
https://smiths1982.wordpress.com/
T

Lustman said:
you're right except for Iggy Pop. The Stooges began before
Click to expand...

Was thinking the same. great band and he left his mark 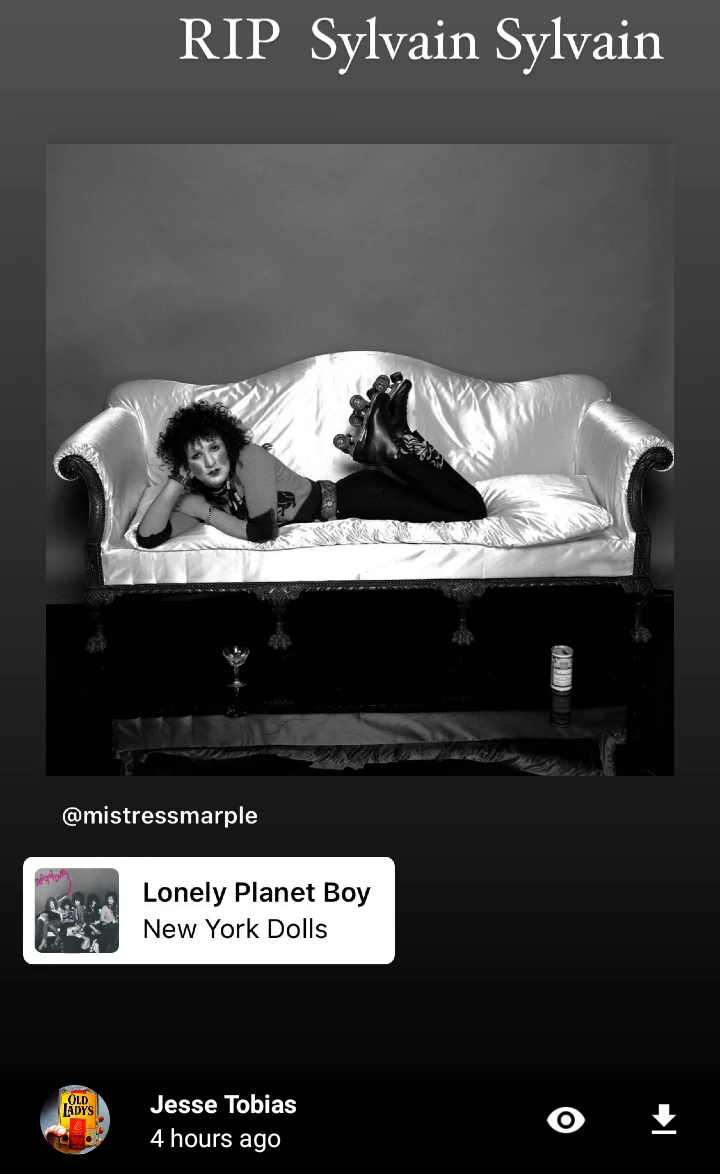 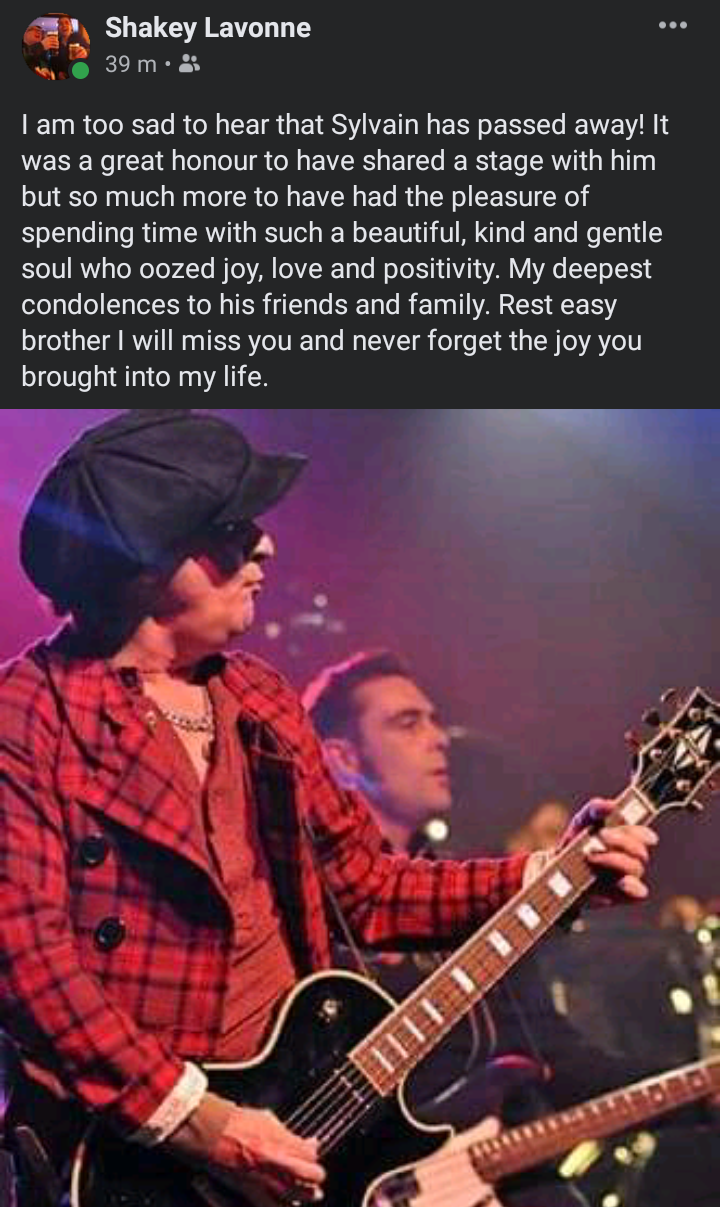 Very sad. RIP.
"Maybe if I was an anarchist and had a signed copy of Kimono My House or something you'd sleep with me" ​ 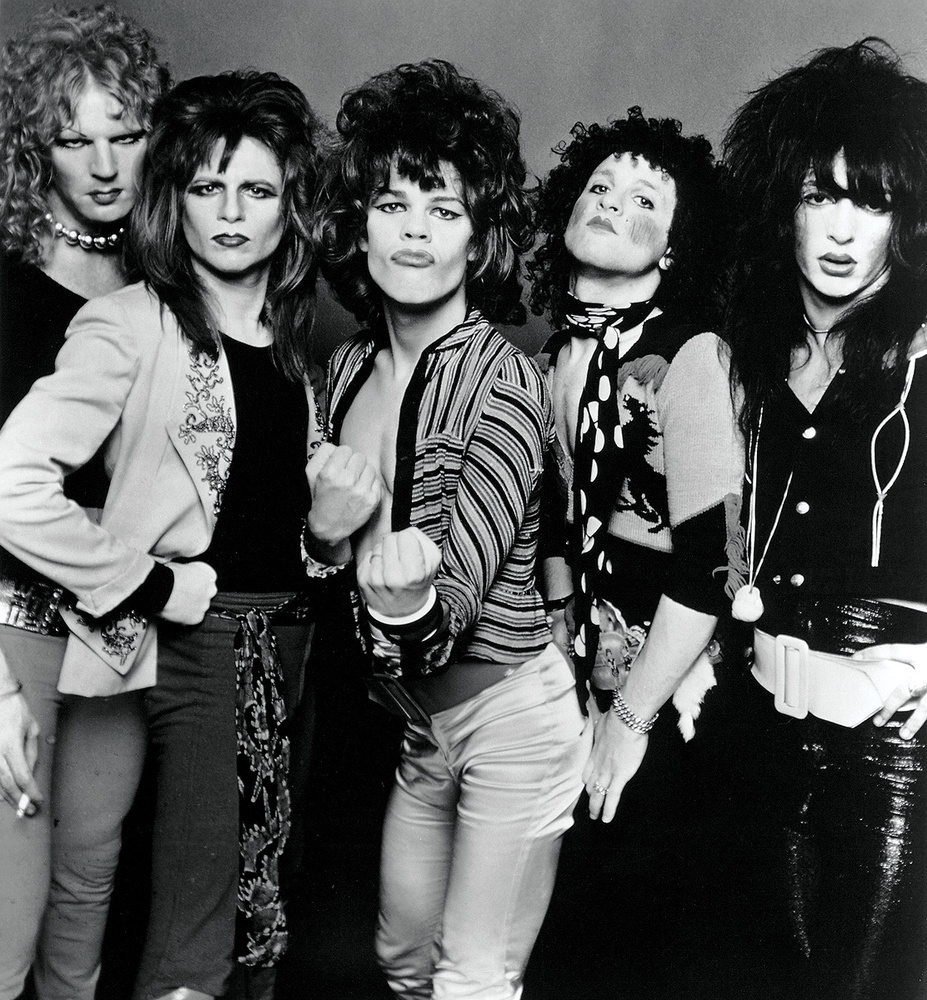 Thought more might be said.
Regards,
FWD.
"Now cut that out..."
You must log in or register to reply here.