Soundsville International
The Smiths live at the Brixton Academy in London on the 24th Oct 1986. For the encore they brought on a second drummer, Fred Hood from the Impossible Dreamers, to play the Draize Train and this - How Soon Is Now.

Concert Filmed by Soundsville International. This is taken from my master tape.

Brixton was home territory for me at the time ... although the Ace (or Fridge as it became) was closer, it was still within walking distance. I'd always liked the venue, and although security was always tighter here than other London venues I'd never had any problem getting my audio gear in. Video gear was another matter, or course, but my out of date access all areas pass always seemed to work and this night was no exception. The Academy is an old theatre. It's reasonably large and still has the original decorations, which include moulded ceilings and statues in alcoves on the wall. All the seats have been removed from the downstairs part, but the floor slopes towards the stage like it would if there were seats. At the front there was a crash barrier, which was unusual at the time. However the slope mean that people were quite happy to spread out back from the stage, and it was always easy to get a good audio recording position down in front of the stacks. There was seating upstairs. Generally tickets were for wherever you fancied going, but sometimes they would be split upstairs/downstairs. Can't remember what it was for this show, but I went upstairs. There was very little lighting for the upstairs seats, which was good. The front of the balcony was a semi-circle with a little square cut in the middle, with aisles going from the back down to the where the square started. This meant that at the end of the aisle there was a little corner with no seats, and I took my position at the one on the left hand side, so I was slightly left of centre, which is ideal for filming the Smiths, as you're naturally facing Johnny.
When the band came on I got the camera out and started filming resting on the balcony railings. I really didn't worry about being seen, just concentrated on getting a good film ... but I guess it was dark enough up there that no-one would see, and although security was tight getting in, there was no-one wandering around up-stairs. The balcony is reasonably high up, so you're noticeably looking down in the video (as opposed to the Palladium video where the balcony was not much higher than stage level), and the lighting is always a bit dark there.
"You don't know what you don't know... "

That's an incredible bit of footage. I never knew about the 2 drummers gig.
One thing for sure is that having Craig Gannon in the band really added some muscle to the gigs and allowed Johnny to go into full Jimmy Paige mode.

Interesting that Noel has similar views to Morrissey regarding charts/record labels but actually gives his thoughts on why things have changed. 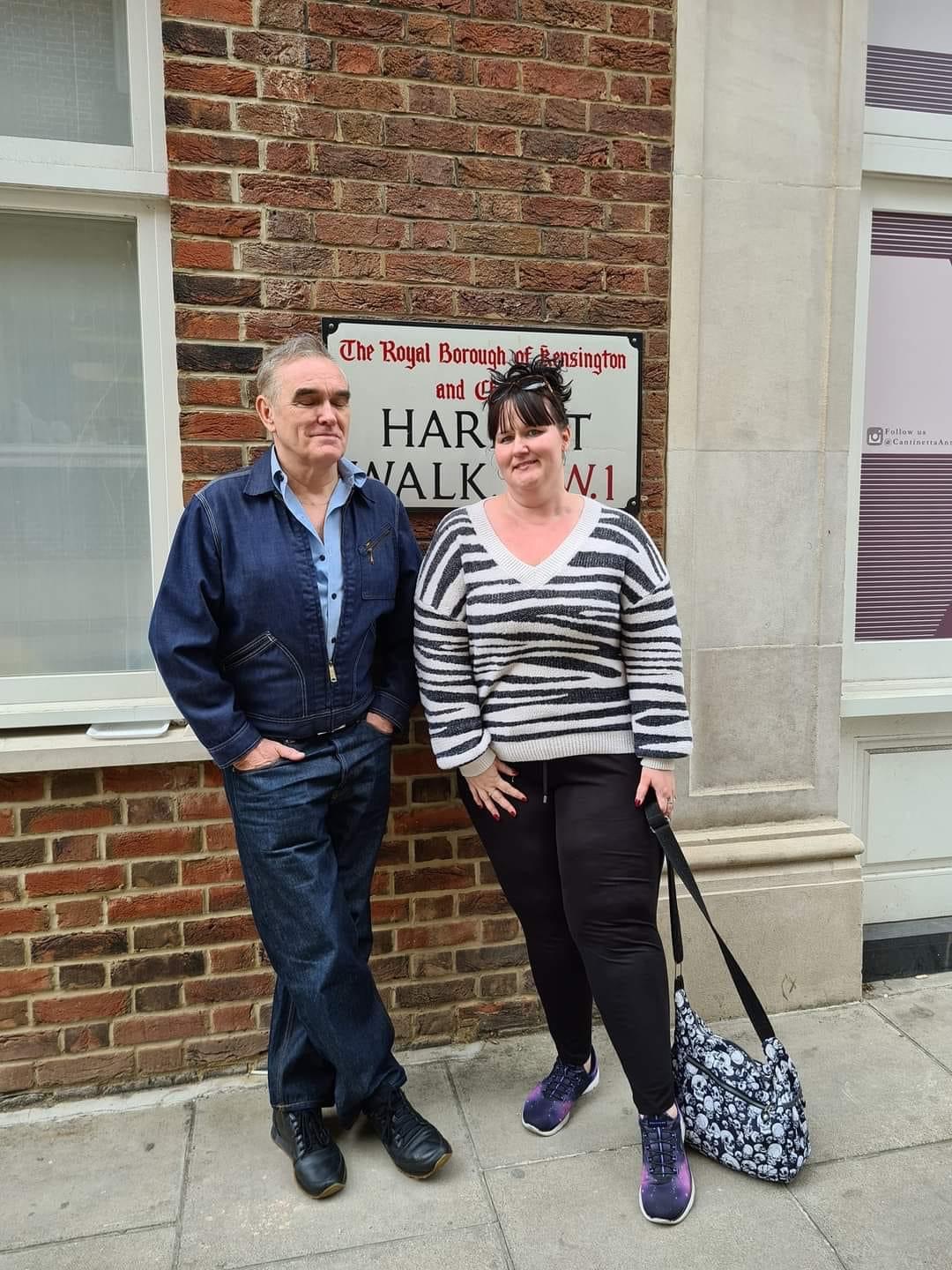 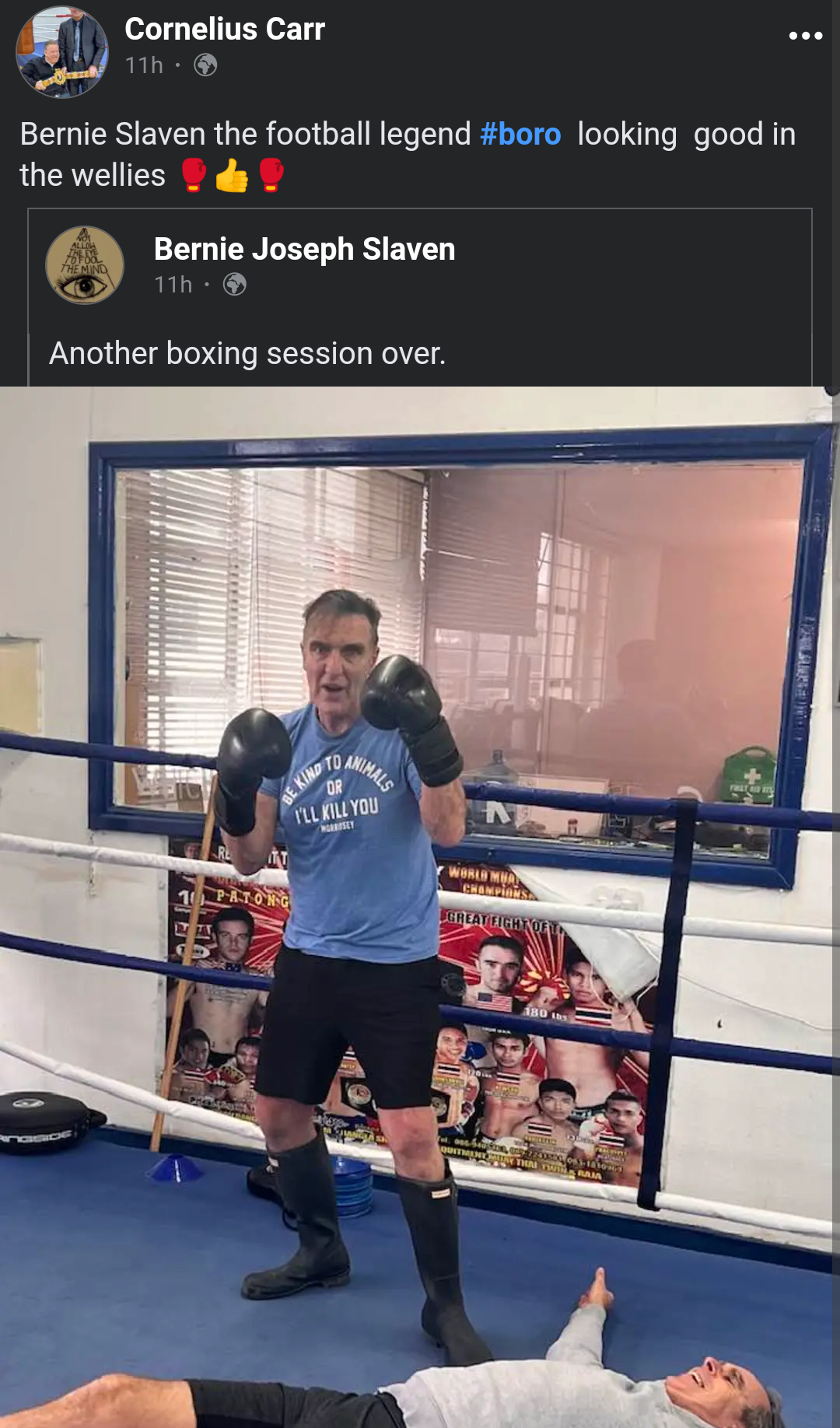 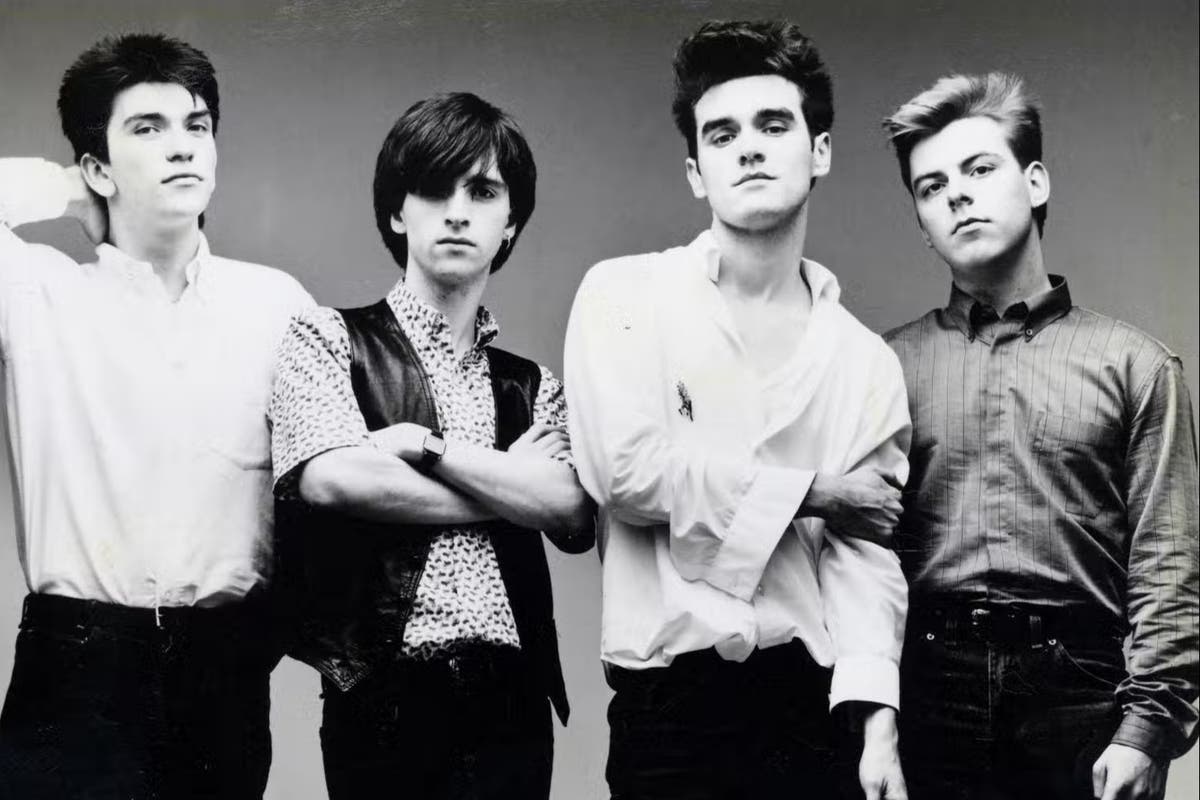 The 20 best indie rock bands of all time

From The Jesus & Mary Chain to Spoon, here’s our pick of the world’s best indie rock bands 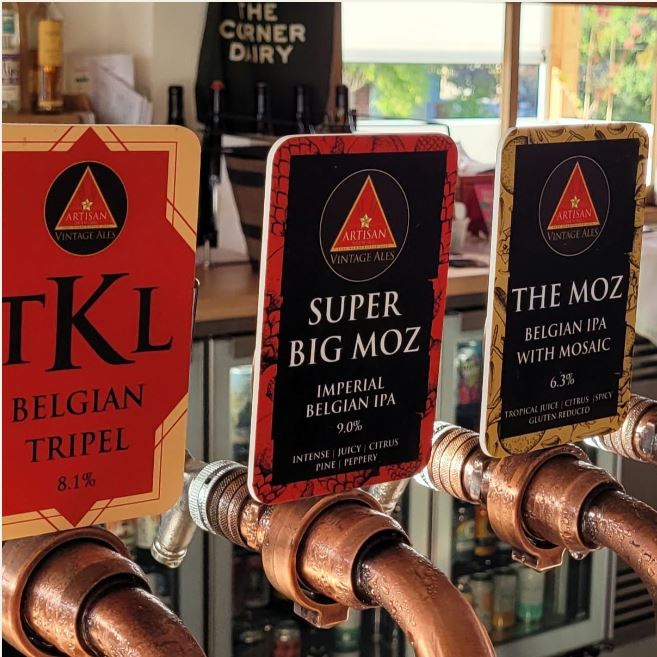 cat on a train

As my comment has been transported into the clogging thread: "is it already spring in the uk? we are still freezing our balls off where i live."

Seems that everything needs to be explained in detail nowadays....

cat on a train said:
As my comment has been transported into the clogging thread: "is it already spring in the uk? we are still freezing our balls off where i live."

Seems that everything needs to be explained in detail nowadays....

One of the "Letters to the Editor" in The Times today: 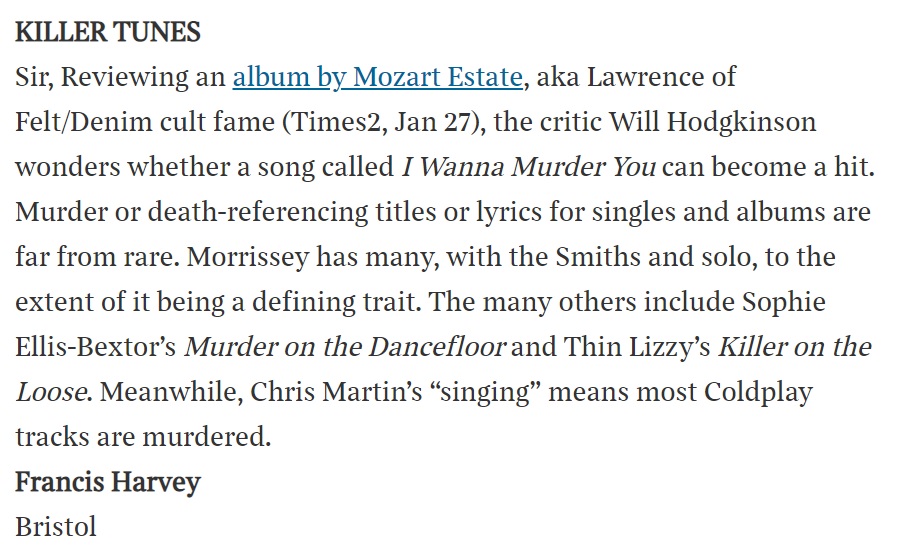 cat on a train

A coherent and amicable reaction to NFD:

i personally think there is more to be said about the lyrics. I wonder if David is supposed to be Bowie https://www.politico.com/magazine/story/2016/01/david-bowie-death-politics-213529/ and the song one of Morrissey's many nods towards his crush.