born to mourn and yawn said:
No, Johnny, you can't eat it.
Click to expand...

not very bright, is he?

Ketamine Sun said:
not very bright, is he?

... or very hungry coz Mozzer ate his breakfast.

Greg Davies’ new comedy The Cleaner has a Morrissey reference in episode three. His character is having a heated debate about veganism, Morrissey is mentioned and he says “Meat is Murder” is a cracking song, but he doesn’t take either that or “f*** Tha Police” literally. 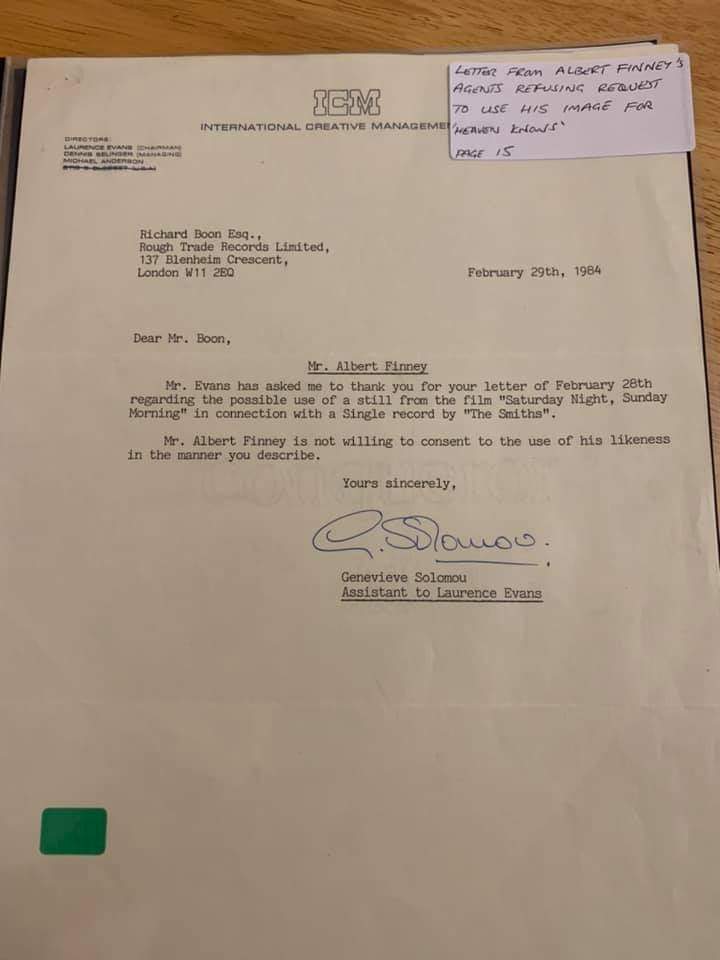 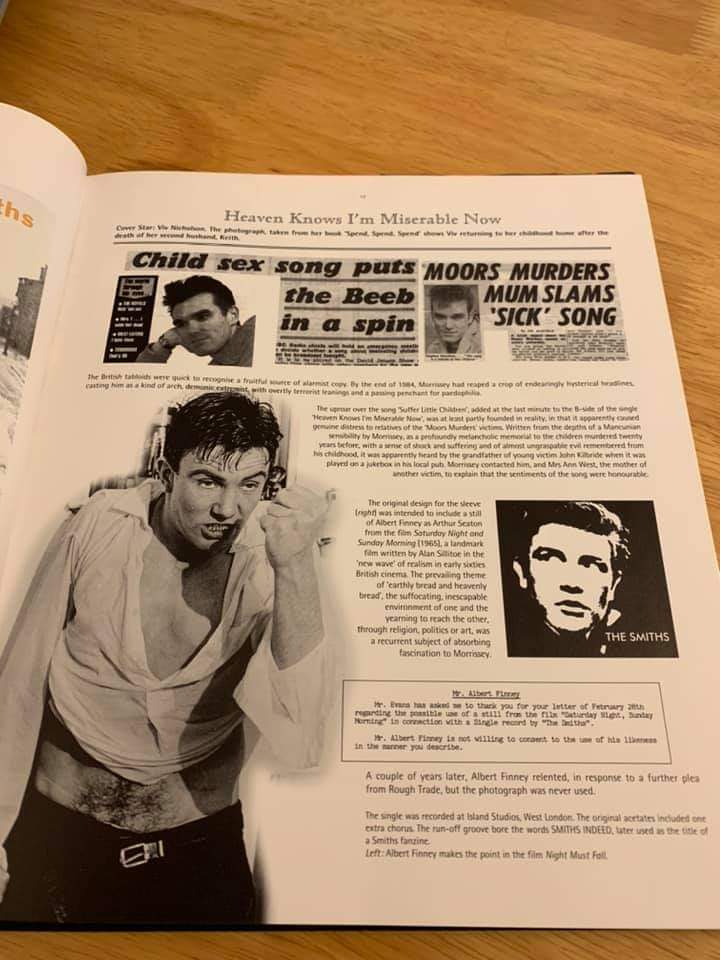 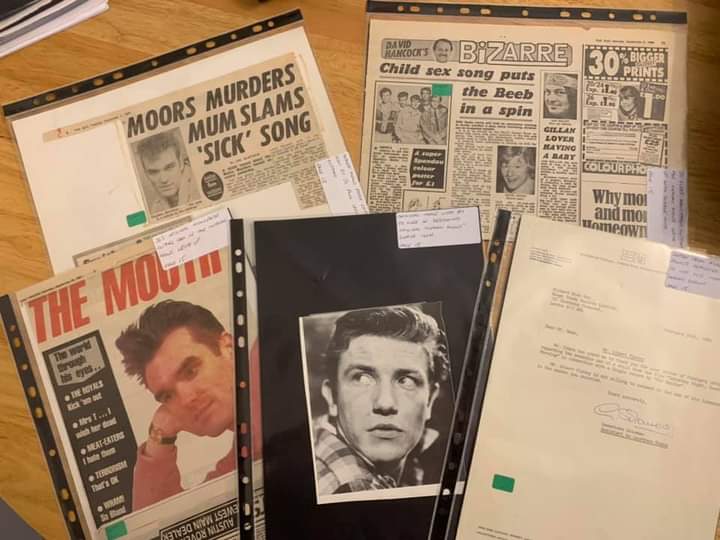 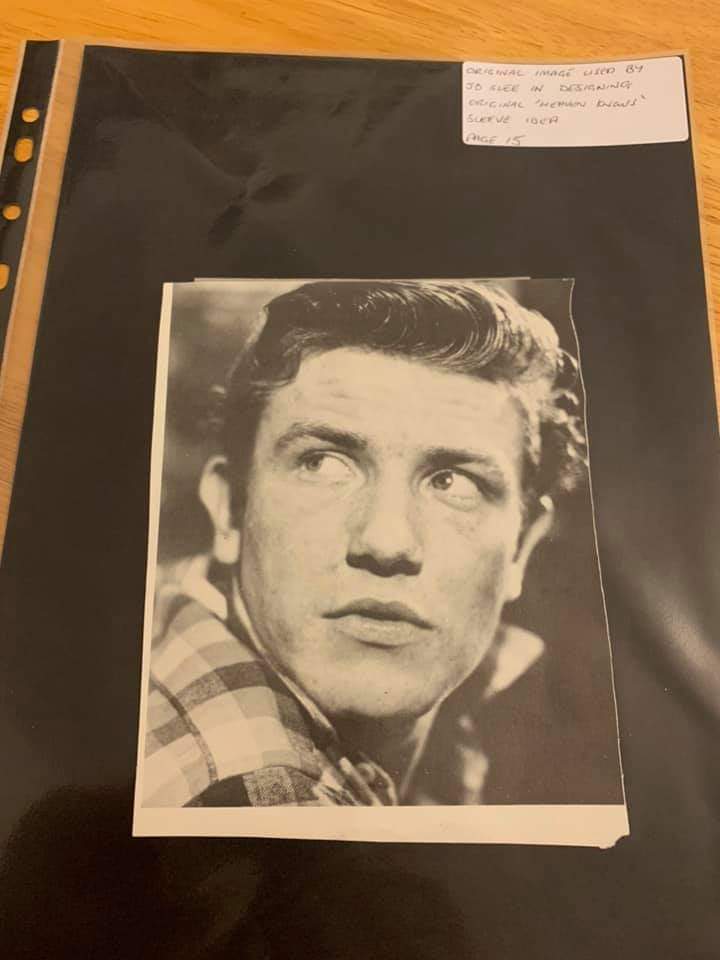 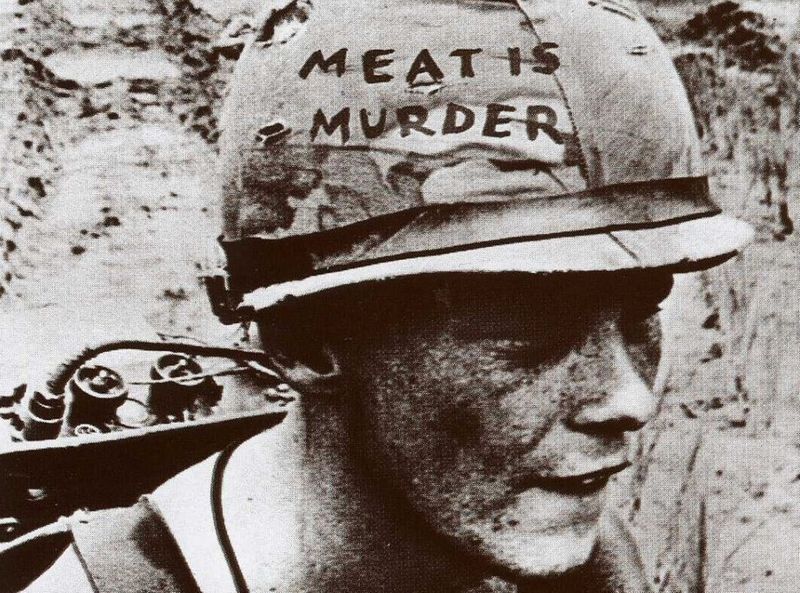 From The Smiths to Oasis: 6 indie albums that influenced heavy metal

Moderator
I think I can hear Central typing already 🤣
Rick's longevity and becoming a latter day meme are all well and good, but in the late 80's he was a musical abomination (to Indie fans at least).
Regards,
FWD. 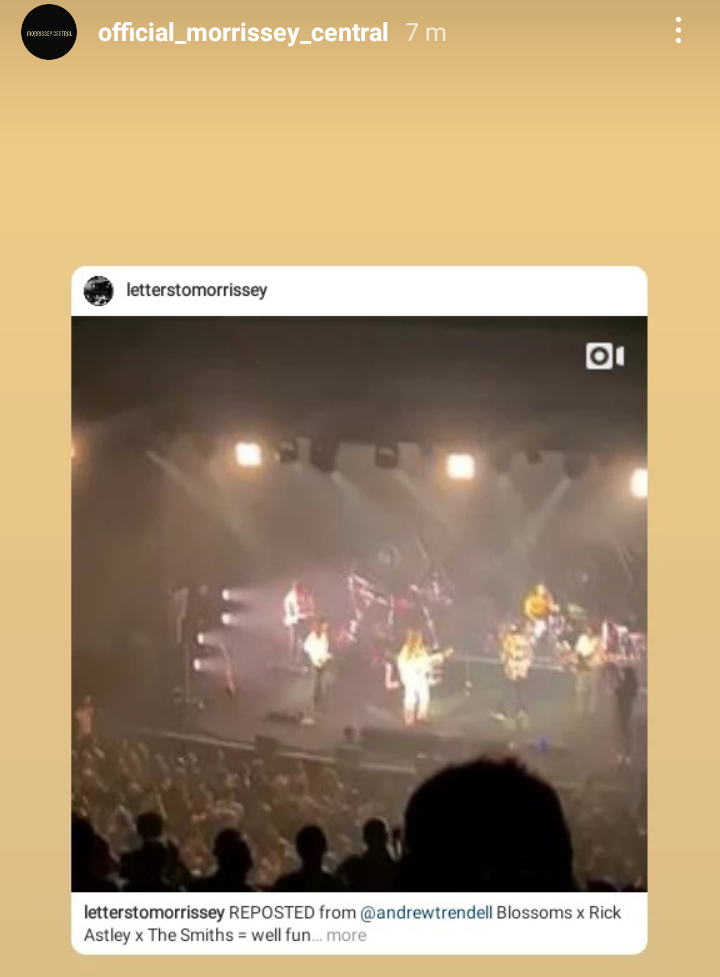 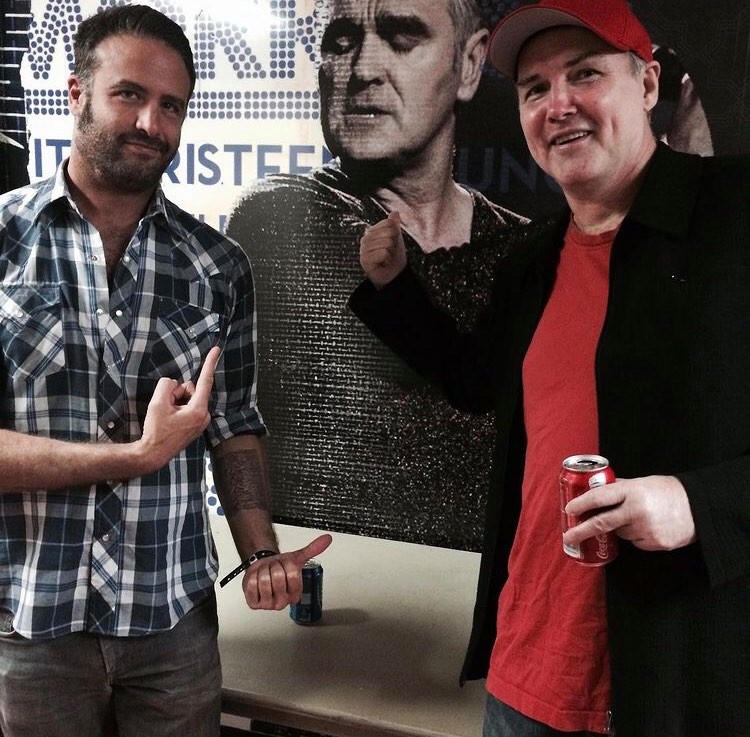 Rolling Stone magazine has updated its "500 Greatest Songs of All Time" feature, which includes "How Soon Is Now?" at #421.

It's a classic piece of contemporary writing about The Smiths, of course, bending over backwards not to mention Morrissey's contribution to the song at all:

With its engulfing, molten guitar intro and enormous drums, “How Soon Is Now,” which began life as a B side, grew to become a bona fide club hit for the Smiths. Guitarist Johnny Marr wanted a riff that would be inescapably recognizable: “When [it] plays in a club or a pub,” he said, “everyone knows what it is.” Marr came upon the song’s guitar riff hungover at an afternoon session after producer John Porter asked him to try to replicate the Elvis Presley classic “That’s All Right.” Porter later recalled thinking, “Now we’ve got a band that could be like R.E.M. are now.”
D 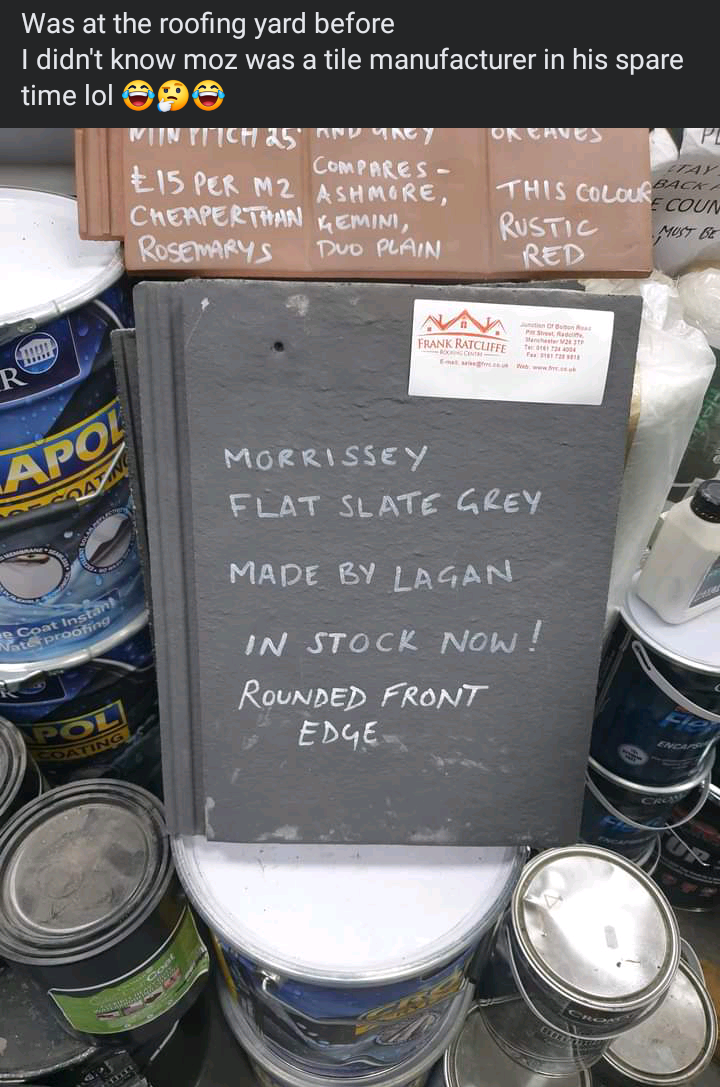 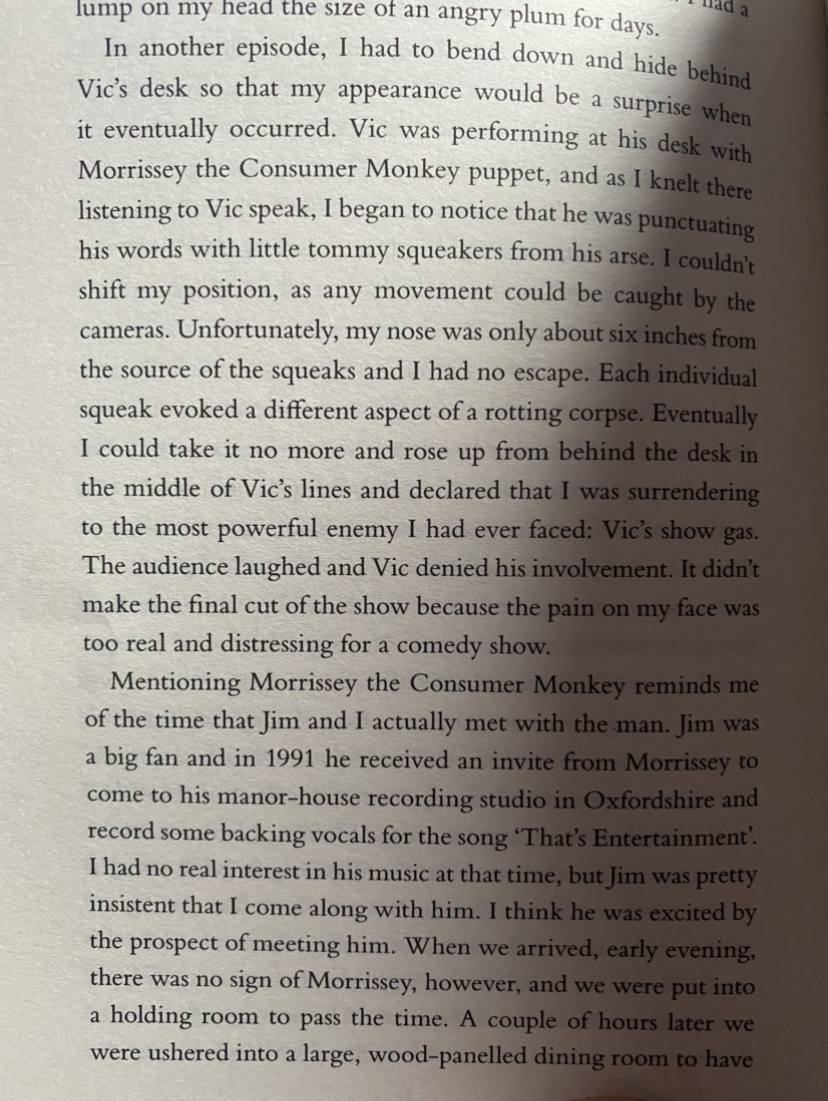 Moderator
Brief Morrissey & Smiths mention/footage in the BBC documentary tribute to Bob Harris.
2 hours of nostalgia and worth watching on iplayer catch up.
FWD.
"You don't know what you don't know... "

Mentioning Morrissey the Consumer Monkey reminds me of the time that Jim and I actually met with the man. Jim was a big fan and in 1991 he received an invite from Morrissey to come to his manor-house recording studio in Oxfordshire and record some backing vocals for the song ‘That’s Entertainment’. I had no real interest in his music at that time, but Jim was pretty insistent that I come along with him. I think he was excited by the prospect of meeting him. When we arrived, early evening, there was no sign of Morrissey, however, and we were put into a holding room to pass the time. A couple of hours later we were ushered into a large, wood-panelled dining room to have our dinner, where Morrissey joined us at the table and his chef brought in various vegetarian dishes to eat. He was extremely quiet and reserved, only coming to life when talking about a ghost he believed walked up and down the stairs of the manor house at night making a racket and disturbing his sleep. After we had eaten, we went through to the actual recording studio where Jim entered the singing booth and did his backing vocals. While he was in there, Morrissey remained silent, so I thought I had better try to start a conversation with him. I plumped for this winning question:
‘Morrissey, do you like brown suits, or do you prefer something a bit more formal?’
He gave me a hint of a smile, then answered, ‘I never wear suits. They make me feel like I’m in trouble.’ I thought it a good answer and we chatted for a while. He told me you should always wear clothes that reflect your default mood and make you feel comfortable. You should never wear clothes that make you feel like a character or are intended to suggest a personality that you don’t possess. After Jim had finished his vocals, Morrissey went up to bed, clearly preferring the company of his mischievous ghost to ours. When I got up for breakfast, I could see Jim and Morrissey strolling around the misty manor-house gardens together. Both were wearing deep-blue Crombie coats, jeans and boots. Their hairstyles were almost carbon copies of each other’s but their personalities couldn’t have been more different.

Anyone have any idea how / why How Soon is Now is showing up as #5 on the ITunes current charts? 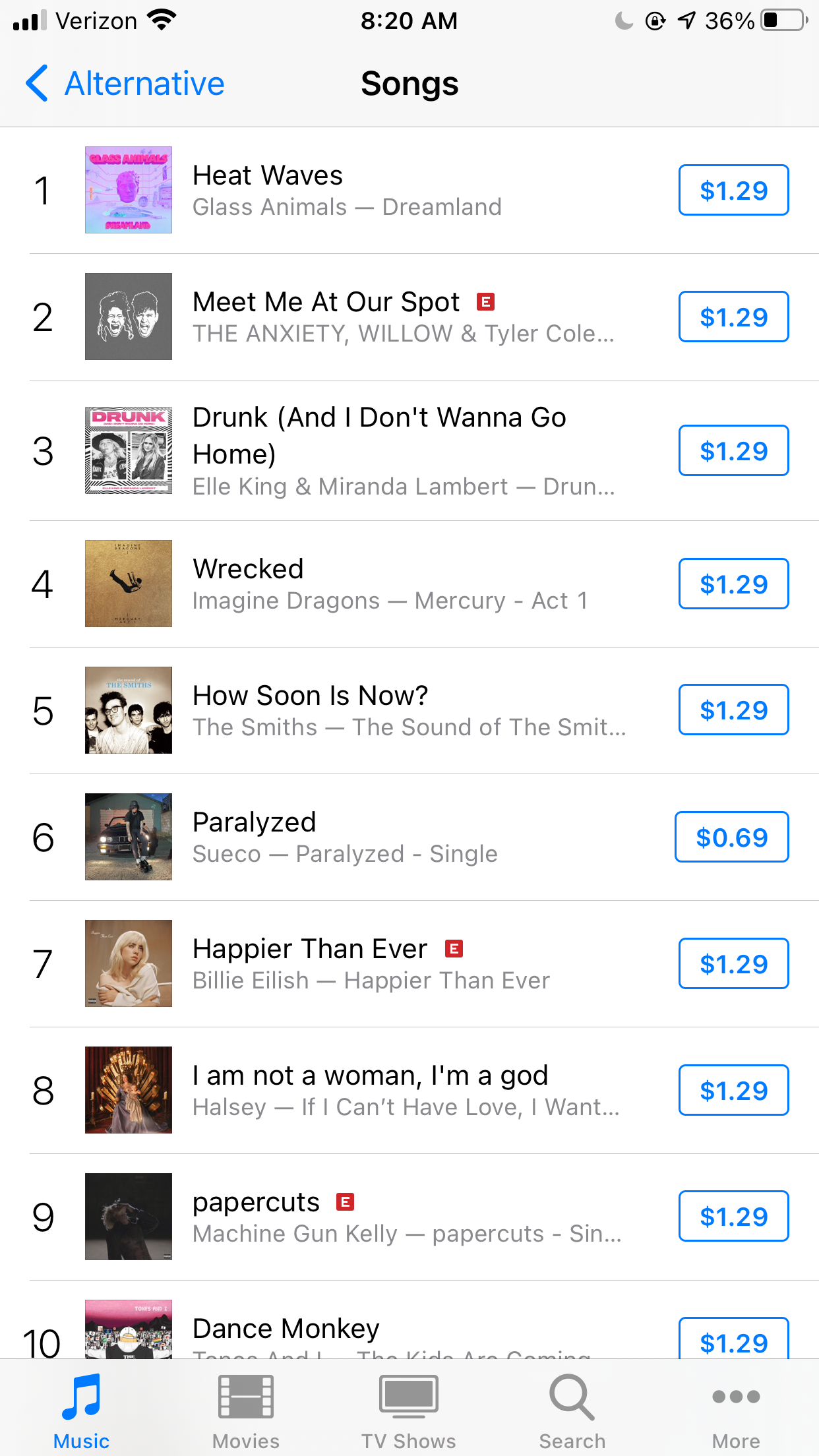 McSmiths said:
Anyone have any idea how / why How Soon is Now is showing up as #5 on the ITunes current charts?
Click to expand...

It went down well at Riot Fest - probably enough to get people downloading it thereafter.
Regards,
FWD.
"You don't know what you don't know... "