Spencer Cobrin to appear at The 2014 Smiths/Morrissey Convention

Special Musical Guest, SPENCER COBRIN will be joining "These Charming Men" for a One Time Only "Live" mini-set of "Your Arsenal " songs, to Celebrate the recent Re-Release of the Classic Morrissey Album.

Dublin Ireland's "These Charming Men" will be playing with their Original Lineup for the first time in 10 years. 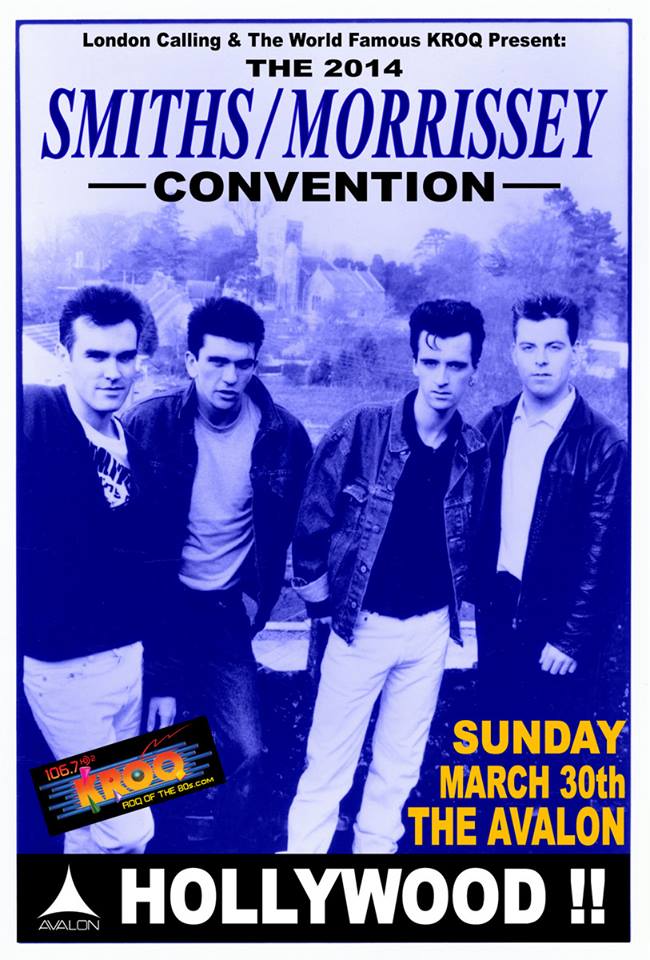 I would have preferred Mike Joyce for his Smiths history but hey-ho never mind !
Why not have both and have a drum off ? It's time the tale was told of who is the best skin-wacker. I can hear ya'll now "go Mikey go Mikey". . . . . . . . . . . I love you guys, yo hi fives all around you hear whad am sayin ?

Seriously, not trying to be mean or put this down at all. It sounds like a fun time and I've been to conventions before but not for many years. But the statement touting that a tribute band is playing with their original lineup is kind of funny.

I'd rather poop salsa than go to a convention.

Well, at least I"ll get to see them this year because I just happen to be going again. fyi: Spencer is bald.
[SIGPIC][/SIGPIC]
A

Spencer quit the Moz band in a huff, just when he had honed his drumming skills (having previously drummed to the wrong song), but he didn't quite exit the building, as he wanted to pursue an acting career and checked in with Moz to see if he wrote a screen play. (Info. from Moz Auto.)

Never knew such a convention existed . Great idea to get fans together. Growing up with The Smiths I was one of a few at school to like them. It got very lonely and tiresome to be laughed at / made fun of for a love of music. So while some may think this convention as a big joke , I disagree . I LOVE having this kind of support now and so wished for it back in the school days .
A

Spencer was/is the Spuds Mackenzie (visually) of Moz's history.
A

Anonymous said:
I would have preferred Mike Joyce for his Smiths history but hey-ho never mind !
Why not have both and have a drum off ? It's time the tale was told of who is the best skin-wacker. I can hear ya'll now "go Mikey go Mikey". . . . . . . . . . . I love you guys, yo hi fives all around you hear whad am sayin ?

drum off? skin-wacker? you are lame.
A

I got to meet Spencer by chance in a bar in Brooklyn a couple of years ago. He's such a nice guy. Very polite and friendly.
You must log in or register to reply here.

May 3, 2013
Anonymous
A
T
"This Charming Man": Morrissey interview by Sean Smith in The Big Issue in the North, 15th November 1999 (transcribed here for the first time)