It's been a while since I've bored you with a Sinéad thread, but I couldn't resist. Her Web site has just announced a new limited edition (2000 copies) DVD of her December 2006 performance at Dublin's Sugar Club. Video clips from two songs from this performance have been available on her Web site for a while now, and 5 songs appeared on limited edition versions of last year's Theology album, but this is the first time that the whole performance is being made available. 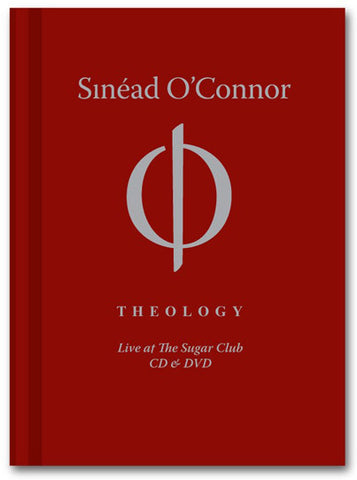 From her site:
Rubyworks is pleased to announce the release of Sinead O'Connor - "Theology - Live At The Sugar Club" in a deluxe CD+DVD package. This is a once only pressing of just 2,000 copies worldwide, and is exclusively available through www.sineadoconnor.com. The CD and DVD will be presented in a lavish hardback outer case with a foil-blocked Theology logo. The booklet will include photographs from The Sugar Club concert in Dublin on 8th November 2006, as well as additional portraits of Sinead by Kevin Abosch, Amelia Troubridge and Thomas Canet. The album and DVD document the live debut of many of the songs featured on Theology, recorded in the intimate environs of The Sugar Club, in front of an invited audience of Sinead fans from around the world; and featuring Sinead and a stellar band of Irish musicians specially assembled for the evening. The DVD also includes an extended interview with Sinead. The album and DVD will ship worldwide week commencing December 8th 2008, and is available to order now for $30.00 (€23.50) including postage and packing from the shop here.
CD & DVD (NTSC – Region 0) Tracklisting - Something Beautiful, Out Of The Depths, If You Had A Vineyard, The Glory Of Jah, Whomsover Dwells, I Don't Know How To Love Him, We People Who Are Darker Than Blue, 33, Rivers Of Babylon

Love Morrissey, but hate most Morrissey fans? Then this is the FB group for you.
​
You must log in or register to reply here.