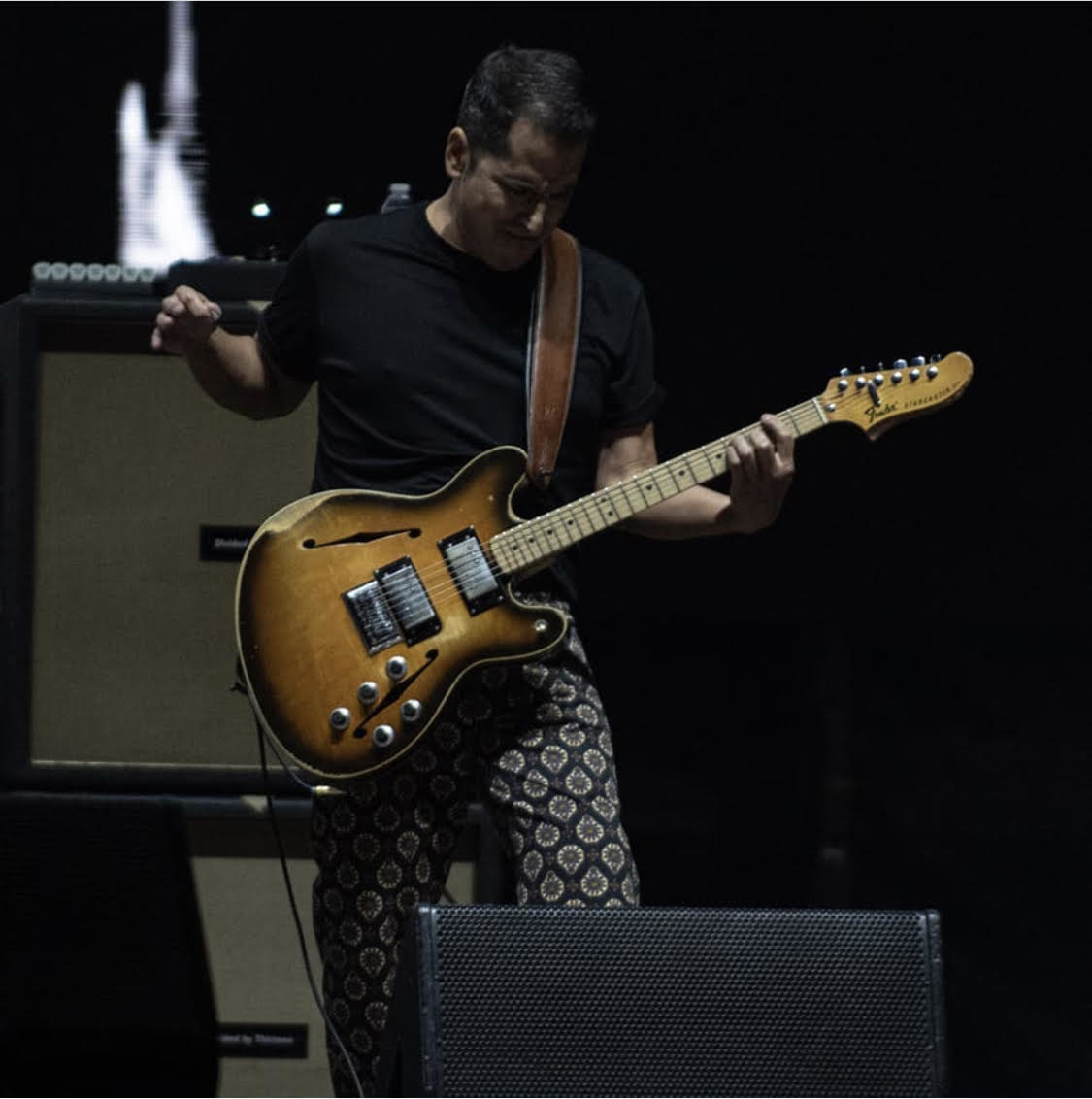 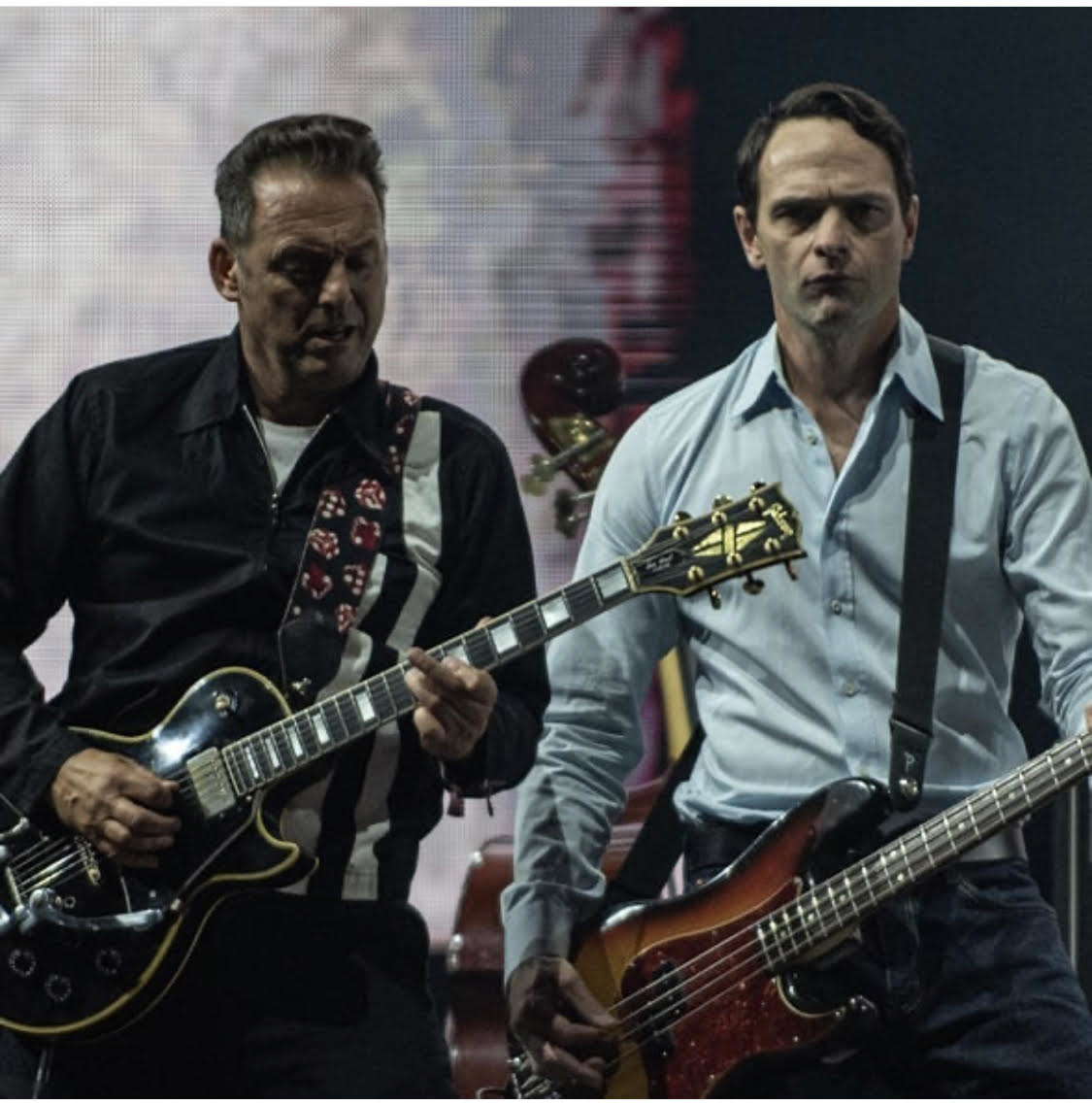 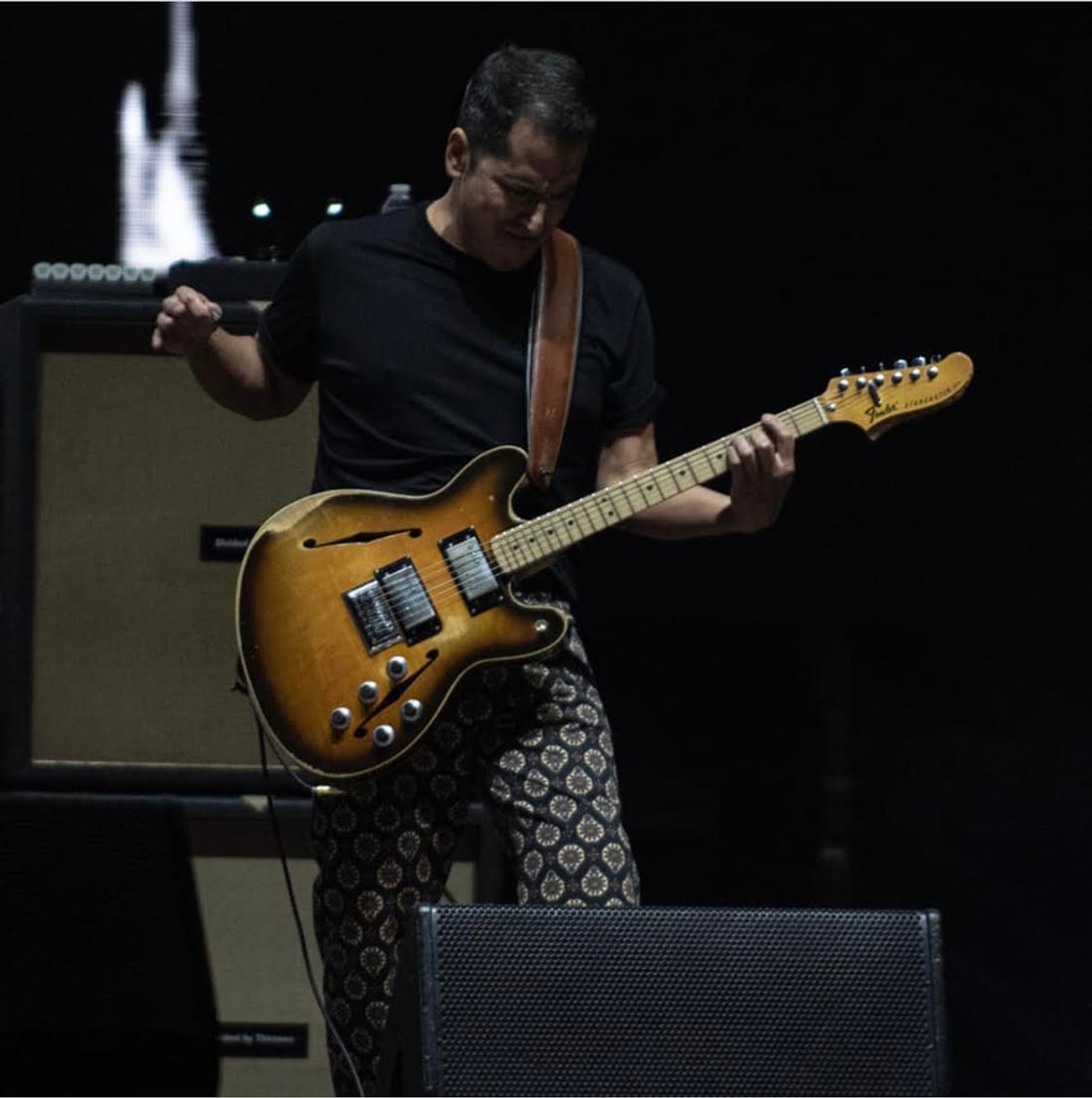 ThePoliticalRevolution said:
The band were tight in Chicago, I enjoyed their playing.
Click to expand...

Tight is an understatement! Strong and powerful as never before!

A wrinkle here or there, but otherwise Alain and that guitar could be pictured at any Morrissey show 1991-June 2004. His interaction with Solomon brought a different energy to "Boz's side" of the stage. I suspect this is how he and Gary Day would have interacted if they had both been stage left back in the halcyon Lads days. I was genuinely surprised and impressed with how he and Jesse complemented each other, sonically. I think it was definitely a conscious decision that he never strapped on an acoustic guitar, like Boz has become wont to do for the last several years - it certainly seemed to say "I'll SHARE lead guitar but I won't relinquish it." By and large, fan reaction has warranted that choice.
A

Spencer is probably a nice person, and anyone who's seen clips, over the years, of him playing with Alain's group, or knows that he's a pianist and a songwriter would know that he's got talent as a multi-instrumentalist. However, anyone who would like Spencer to be Morrissey's drummer again is purely seeing things through nostalgic lenses, and clearly has no general appreciation for what percussion can bring to a song. The Matt Walker - Morrissey era, the drums on the recordings - patterns, nuances....have never sounded better, louder, or bigger. Morrissey at this stage in his career would go with a more accomplished drummer anyway, someone who can easily shape the rhythm in different ways (almost as if they too are composing the song) because of all their experience in music, not just as a time-keeper.

Matt W. is ACE! He's probably one of the top 20 drumming-minds in the world, I'm not kidding. Youtube 'Hated for Loving Kettering OH' (I LOVE MORRISSEY's post) - anyone who really knows that song.....you will see how much change and dynamics he brings.

Btw, Matt's played live with Garbage for something like 15 years now, simultaneously as he was recording/playing live in Morrissey's band. Drummers can do that as most are freelance and not tethered to one specific act.
M

So you would miss the days when Morrissey told the band what to wea.

Mayfly said:
So you would miss the days when Morrissey told the band what to wea.
Click to expand...

Yeah, that’s what I said…we all know Morrissey forced his poor band mates to wear proper trousers…
"As sentimental as a menopausal woman."
Rifke, 2022.

marred said:
Yeah same here. As far as I'm concerned this is the reunification that I've been looking forward to versus that other reunion some sad people still think should happen. Without Alain the band just lost that key member that made it a band and not a bunch of musicians that play for Morrissey. Boz can stay in Spain as long as he likes.
Click to expand...

ThePoliticalRevolution said:
The band were tight in Chicago, I enjoyed their playing.
Click to expand...

They were excellent! I really liked and miss old Boz, but I noticed a difference in energy there in Chicago.
E

Jesse's guitar there is sweeeeett. I'm in love.