Hi all, I'm trying to fill some gaps in my collection, and there are just three versions of Smiths songs I'm missing (according to passionsjustlikemine). I've been through the NHS, Extra Track and Smithstorrents and can't find them on there. Would be really grateful if anyone does have them.

* Stop Me If You Think You've Heard This One Before
single version {3:32}• Europe edition (slightly different mix with different tambourine treatment and louder vox)
(is this really a different mix? I can't find a reference to it anywhere else)

Moderator
Subscriber
@Famous when dead should be able to help.
Alles oder nichts.​
A

Here is the full CD of How Soon Is Now in wav format:-

adhouse said:
Here is the full CD of How Soon Is Now in wav format:-

I've now found the European version of "Stop Me" buried on Smithstorrents, so it's just the longer live version of Meat Is Murder to go!

Moderator
Right, MIM Animal Lib "version" is just an unfaded cut of the FM broadcast via the TD - this was the source and then faded by the record company (and not faded as soon by the Animal Lib producers).
The part you refer to is the heavy clapping at the end that Stephane suggests as about 20 seconds long. Unfortunately, taking anything to do with vinyl & running times too seriously will always lead to rabbit holes & frustration. People have previously relied on recorded running times via fast-running turntables and it just confuses the hell out of everyone - made worse when things are taken as definitives.
If you have the Oxford TD or the (possibly better) satellite or even FM broadcast - you have the source of this recording. The track you require hasn't been shared in FLAC on this site, but here's the MP3 version to see the ending - 100% the version you refer to and luckily has a running time reference: 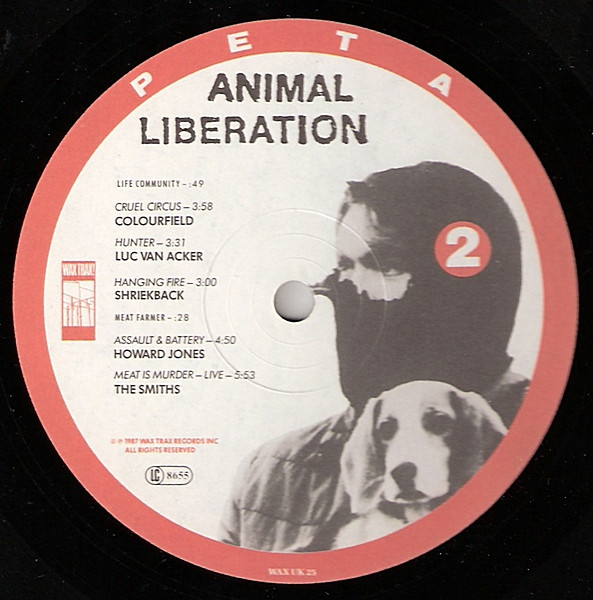 I've not been fussed about it as the TD & various boot-forms of it sit in my storage, but whilst you look, the MP3 should help (it's not this version that's included on Singles).

That's fantastic, thank you so much!

Funny Howard Jones and M were on there, they really looked alike for facially. for a while.