You're Gonna Need Someone On Your Side / Alma Matters / Hairdresser On Fire / I Wish You Lonely / Satan Rejected My Soul / Morning Starship / Wedding Bell Blues / Lady Willpower / I'm Throwing My Arms Around Paris / If You Don’t Like Me, Don’t Look At Me / Munich Air Disaster 1958 / Seasick, Yet Still Docked / Why Don’t You Find Out For Yourself / That Joke Isn't Funny Anymore / Never Again Will I Be A Twin / Back On The Chain Gang / The Bullfighter Dies / Jack The Ripper / Some Say I Got Devil / Irish Blood, English Heart // Everyday Is Like Sunday / How Soon Is Now?

Setlist completed via the assistance of @karelMoz

Compadre said:
I noticed the tear too. Beautifully sung and moving. Reminds me a little of Moz's wiping a tear in Zagreb with "Smiler" some years back.
Click to expand...

docinwestchester said:
Sorry to quote my own post, but it's been pointed out to me that during the intro Morrissey is fat-shaming Melanie here. Thoughts? 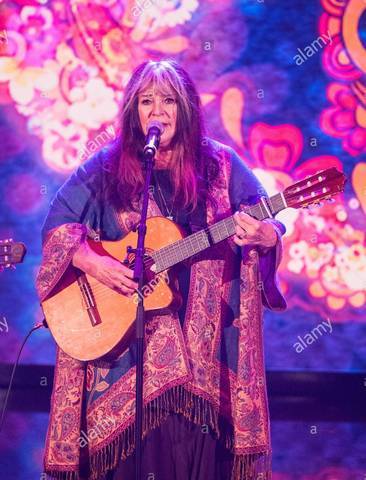 Maybe, but he did say the same about Jobriath- "a skinny boy from Pennsylvania"- so I'm thinking there's a bit more to it than that.

Anonymous said:
Maybe, but he did say the same about Jobriath- "a skinny boy from Pennsylvania"- so I'm thinking there's a bit more to it than that.
Click to expand...

Cool. I hope so!
Can anyone help me ID the song/artist from his preshow video? It was of a live performance - singer was wearing a red dress and had tattoos.
This is way underrated. He totally nails these vocals.

docinwestchester said:
This is way underrated. He totally nails these vocals.

He was wiping away tears throughout the song.
If you don't like this, just turn in your So-Low member's card to davidt right now:

docinwestchester said:
This is way underrated. He totally nails these vocals.

Successfulfriend said:
He kept changing Paris to,some French phrase but then said he meant something slightly different? (I don’t speak French. At all)

Something else had a slight lyric change even from broadway. Hmm can’t rememebr
Click to expand...

He was saying "gilets jaunes" aka yellow vests / jackets but he did pronounced jaunes off, not sure if intentional for an added play on words?

Thanks a lot!
These youtube clips are perfect Larry, thanks so much!

docinwestchester said:
Sorry to quote my own post, but it's been pointed out to me that during the intro Morrissey is fat-shaming Melanie here. Thoughts?

he assumes, that all his listeners know that he is drawing a parallel to his own physical development, having once been a skinny youth in mcr. so, he is jokingly also talking about himself... assuming that those he is talking about, can laugh about it too, inviting them to laugh about it together, forgetting he might touch a carefully hidden soft spot here and there. but maybe he knows her well enough. i would say it is partly a self-deprecating, partly a thoughtless projection of self-shaming, a "we're all in the same boat"-embrace.
and he is not saying, she is "fat". neither is he.

might get problematic with an audience who havent followed him from the 80s onwards.
Last edited: Sep 9, 2019

Many Thnx & Love To " Docinwestchester " , I'd Like To Share " Never Again Will Be I Twin " * Why Don't You Find Out " In Mp3 Format .. Docinwestchester's Recordings Is a Clean Source That is Considered As Good Base On The Mp3 Format Conversion ......... http://www.mediafire.com/file/3fldn3076rglojq/Never_Again_Will_I_Be_a_Twin_(_Live_).mp3/file
Share:
Facebook Twitter Email Link