believe it or not, I am a big fan of brevity, especially when it comes to cartoons like in the New Yorker and stuff
here are 8 from my photobucket, I'd like to see what others here like that fall into this form of humor: -You have to click on image to make it larger. "All you people ought to be like me / Drink that good cold whisky and let the cocaine be."

LOL'd at this one.
I don’t look at the clouds of tomorrow through the sunshine of today.

Loved me some C&H....still do. I have this one hanging outside of my cubicle at work.

Also, LOVED Bloom County......I remember this one fondly.....I was young at the time so I can't believe I grasped some of the political topics going on within. Regarding Oliver Wendall Jones from the strip:

"His first such hacking endeavor in Bloom County occurred only days after his first introduction to the series, where he alters the print newspaper's front page of the New York Times, which has the headline, "Reagan Calls Women 'America's Most Valuable Resource'". Milo, who accompanies Oliver, immediately alters it on the basis of being "too wordy" and the final edition reads "Reagan Calls Women 'America's Li'l Dumplin's'", sparking nationwide outrage and a mass dumpling pelting attack on the White House by feminist activists but earning the administration praise from Phyllis Schlafly (the comment was based on a real comment made by Hayden Fry, the football coach for the University of Iowa which provoked similar outrage in real life). He also reprogrammed NASA's Space Shuttle re-entry trajectory to cause the shuttle to land in on their neighbor's beet patch; his dad commented that that was kinda funny, but that Oliver was still in BIG TROUBLE. Hacking the IRS to give Dad a multi-million dollar rebate didn't quite go as planned either."
Last edited: Feb 6, 2014
I don’t look at the clouds of tomorrow through the sunshine of today. "All you people ought to be like me / Drink that good cold whisky and let the cocaine be."

some gr8 stuff posted, especially the fake C&H one here's one that made me chuckle: I know, right
anyways, before I go, one more:

I can't see a lot of the links I want to post but here are some funny cartoons I've found: 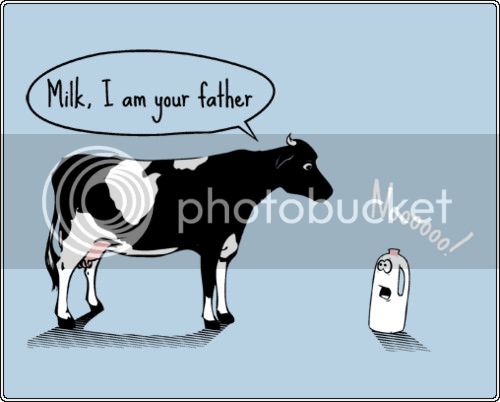 and here are two that umm well, you'll see three fourths of this makes me chuckle, but the fact is lesbians often make great soldiers this would be funny if it was not so true and in the interest of fairness? a couple more

no, I just think these are funny as well and a little bit true