"Surprising what a “turn for the worst" the writing for The Simpson’s tv show has taken in recent years.

Sadly, The Simpson’s show started out creating great insight into the modern cultural experience, but has since degenerated to trying to capitalize on cheap controversy and expounding on vicious rumors.

Poking fun at subjects is one thing. Other shows like SNL still do a great job at finding ways to inspire great satire.

But when a show stoops so low to use harshly hateful tactics like showing the Morrissey character with his belly hanging out of his shirt (when he has never looked like that at any point in his career) makes you wonder who the real hurtful, racist group is here.

Even worse - calling the Morrissey character out for being a racist, without pointing out any specific instances, offers nothing. It only serves to insult the artist.

They should take that mirror and hold it up to themselves.

Simpson’s actor Hank Azaria's recent apology to the whole country of India for his role in upholding "structural racism” says it all.

Unlike the character in the Simpson’s “Panic” episode…….

Morrissey has never made a “cash grab”, hasn’t sued any people for their attacks, has never stopped performing great shows, and is still a serious vegan and strong supporter for animal rights.

By suggesting all of the above in this episode…the Simpson’s hypocritical approach to their storyline says it all.

Truly they are the only ones who have stopped creating, and have instead turned unapologetically hurtful and racist.

Not surprising…... that The Simpsons viewership ratings have gone down so badly over recent years."

More shoddy journalism by COS and Pitchfork today.

They attributed my quote (on The Simpson’s poor writing) to Morrissey, while using false facts to try and support more meaningless stories

Someone should tell COS and Pitchfork that is what is called “journalism".

In the meantime nobody has even mentioned the horrible false portrayal of Morrissey used by The Simpsons team. - Peter Katsis

Why did Cumberbatch even agree to take this voice-over gig playing the Morrissey character?

Could he be that hard up for cash that he would agree to bad rap another artist that harshly?

Clearly he would have read the outline or script before he took the gig.

Could he actually be as big an asshole as the people on The Simpson’s writing team? and the FOX team?

Apparently so. Maybe he should speak up and tell his side of this.

Does he even have enough balls to do that? - PK

I have seen The Moz so many times...starting in 1997 with Kalamazoo, Chicago, Ann Arbor, Buffalo...but I missed the “Your Arsenal” Tour and then had to wait 4 years. Those were prime years(1993-1997)...and for Morrissey to not do a major tour during those 4 years...that was back when 4 years was a very long time.

I was part of the Flint saga, 3 cancelled shows...maybe it was even more? And there were other cancelled shows as well...am I upset with Morrissey about these things...no. This guy got me through bad times & worse times...and he still does.

This cartoon could have treated Morrissey like they have treated ALL other singers/bands on their show...with appreciation for their work & a few light hearted jabs...instead of going full Brutus.

Not sure if this has been posted already but Rolling Stone's Andy Greene went for a more balanced approach... 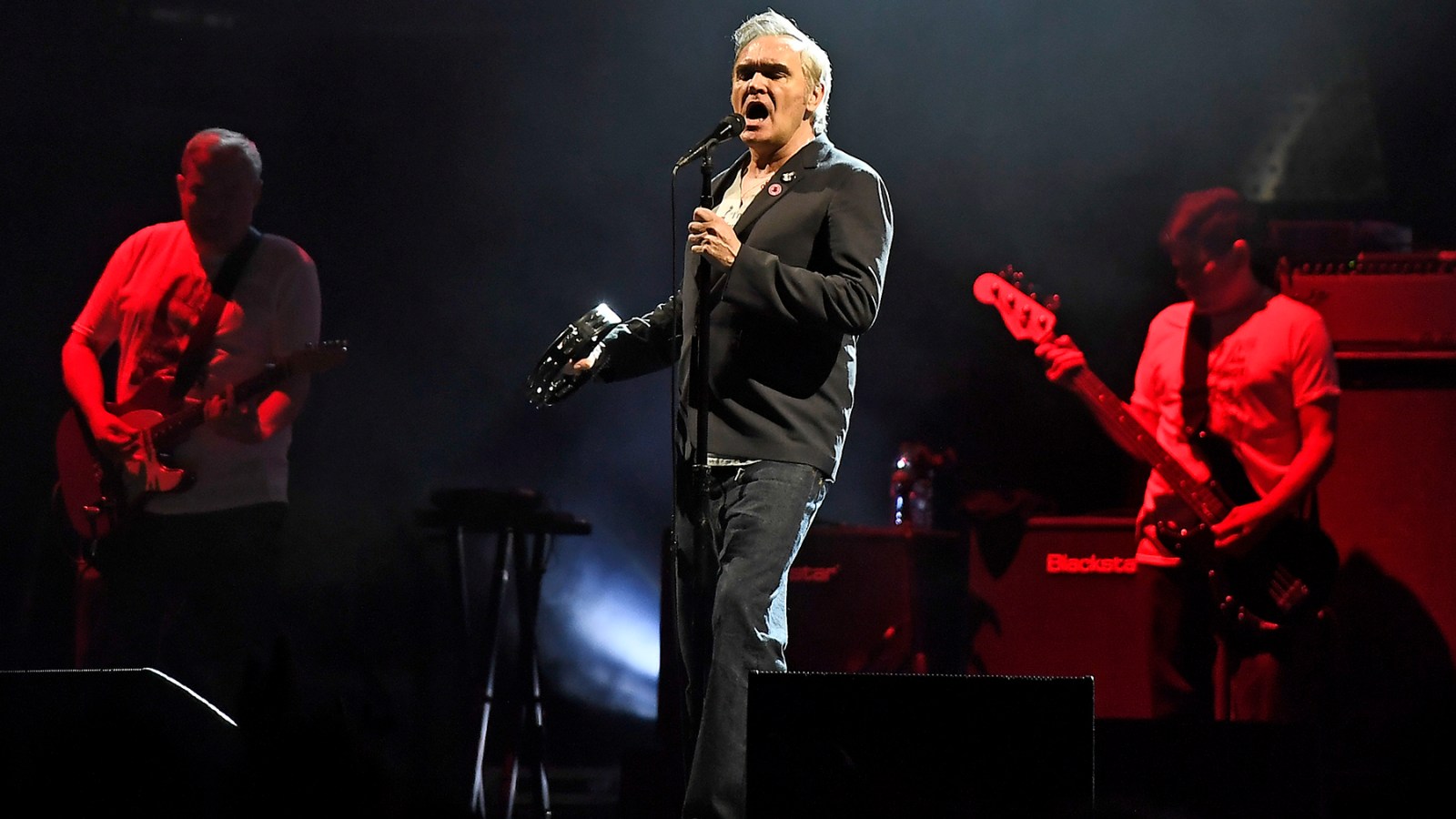 In real life, he’s quite a bit different than the obese, meat-loving Quilloughby from the Simpsons universe
www.rollingstone.com

GirlAfraidWillNeverLearn said:
Not sure if this has been posted already but Rolling Stone's Andy Greene went for a more balanced approach...

In real life, he’s quite a bit different than the obese, meat-loving Quilloughby from the Simpsons universe
www.rollingstone.com
Click to expand...

See, now how hard was that? No agendas, no sides, just the music.

But then isn't "Rolling Stone" fascist now? Or owned by fascists? í need to check my memos... 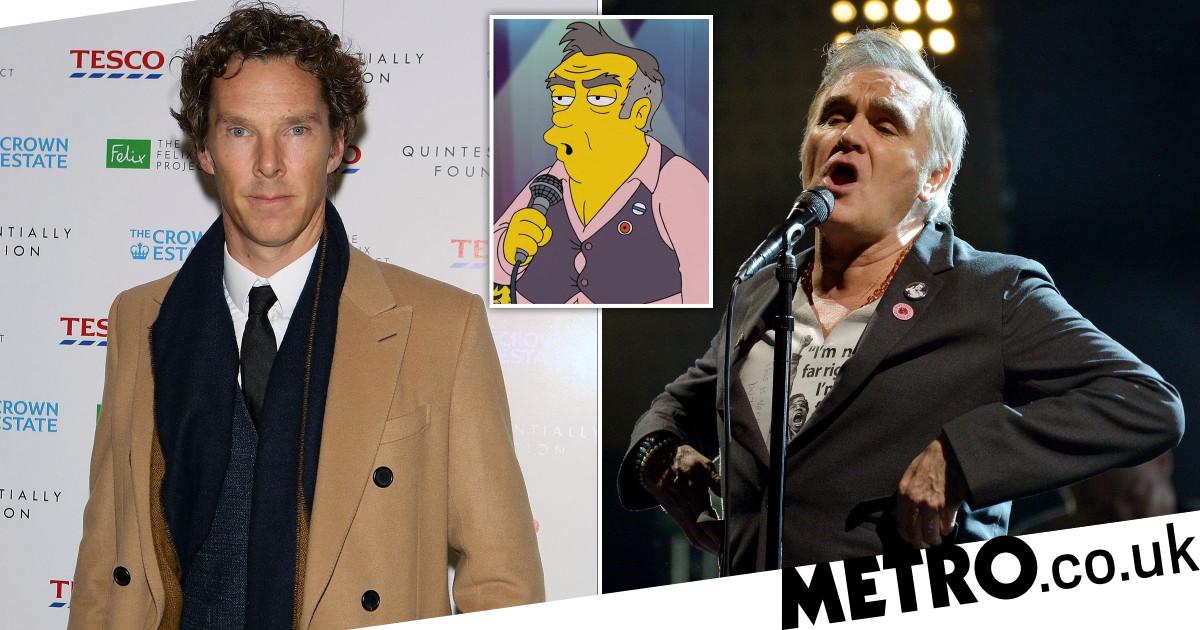 Benedict Cumberbatch slammed by Morrissey's manager over The Simpsons character

The singer is reportedly not happy with the similarities. Maybe it's part of his deal not to get cancelled. After he called black actors "coloured" it came out that his family were on historical record as owning slaves. MailOnline has been inside the plantation where the Oscar nominated star's ancestors lived alongside up to 250 slaves, who toiled on their land making the famous family's fortune.

says it all about cumberbatch

NealCassidy said:
says it all about cumberbatch

surprise surprise, he played dominic cummings in an anti-Brexit film....
Click to expand...

Only six years old. Couldn't you have found something older?

Radis Noir said:
Only six years old. Couldn't you have found something older?
Click to expand...

NealCassidy said:
It’s not me who ‘found’ it is it, wokist
Click to expand...

You endorsed it though, ignorantist.

Radis Noir said:
You endorsed it though, ignorantist.
Click to expand...

Crikey! It took 30 years but Morrissey has finally found a manager thats as off-the-rails as he is.

Mr Propers Ghost said:
Crikey! It took 30 years but Morrissey has finally found a manager thats as off-the-rails as he is.
Click to expand...

How on earth did he find him? Did he share a sauna with Enrique Iglesias?
"-Mira Morrissi, I know a guy with huuuge cojones, he used to rub oil on mi papa before his shows, driving las chicas locas, tiene nada en la cabeza, he's looking for a job, Subway won't hire him, no entiende nada, they say he's driving customers away. Can you help?
-Tell him he can be my manager. He starts tomorrow."
Русский солдат, иди домой​

joe frady said:
See, now how hard was that? No agendas, no sides, just the music.

But then isn't "Rolling Stone" fascist now? Or owned by fascists? í need to check my memos...

But perhaps it's noteworthy that PK singled out Rolling Stone as an example of a "real paper" (*big lol*) in his second meltd... errr, statement. 😉

I don’t look at the clouds of tomorrow through the sunshine of today.

Maybe the theme of the show hit a nerve with Morrissey as it was "...too close to home....And too near the bone"....

I'll show myself out.....
I don’t look at the clouds of tomorrow through the sunshine of today.

Not interested in poking a dead horse, but this seems to be (minor) additional information.
I might have missed it, but I don't think an 'interview' with Katsis has been mentioned on here

"In a subsequent interview, Katsis told Rolling Stone, 'It’s funny that none of the stories are talking about the false portrayals or what The Simpsons did. The Simpsons are claiming it’s a composite of several artists — obviously so we don’t sue them. What no one’s talking about is how insulting it truly is. The guy is still a super vegan. His beliefs in animal rights is what’s got him to this point.'

Katsis said they aren’t currently planning legal action but will 'surely be looking at options.'" Morrissey on 'Simpsons' Mockery: 'In a World Obsessed With Hate Laws, There are None That Protect Me'

Singer writes that animated show’s “hatred” is “obviously a taunting lawsuit, but one that requires more funding than I could possibly muster in order to make a challenge&#8…
www.rollingstone.com


The first article they published on the topic is blocked for me, so I don't know if it contains any additional quotes from the 'interview'. PK is a clown. Benedict strapped for cash? He’s a god damned Avenger.
A

Yes, as if that is the worst insult they can think of - to be poor and have to work.
V

none have money. nobody watched that dumb movie about the nomad

Benedict Cumberbatch slammed by Morrissey's manager over The Simpsons character

The singer is reportedly not happy with the similarities.

"The singer is not happy with the similarities" is pretty sassy. lol
A

A Barnett said:
Yes and he WON his case against "The Word" ( that numbskull Quantick if I remember)
Click to expand...

"The Word" the TV show? What about the NME case?

I don't know all of Morrissey's court cases. I don't like what Mike Joyce did. 😢 I wonder if Mike Joyce regrets it now. Morrissey should have won against Joyce and Rourke.
You must log in or register to reply here.