...NEW date for Peepshow Menagerie's 4th annual edition of "Let The Right One Slip Off" in on Friday, November 18th at Fais Do Do in Los Angeles. basically it's become Morrissey month again, but at least it's almost all actual Morrissey this time and, as always, we're doing a show by fans for fans and have even added the Moz/Smiths cover band NOWHERE FAST to rock the house until the end of the night after the burlesque part of the show.

In the show we'll have some returning favorites including a few title holders as well as several new performers and performances. 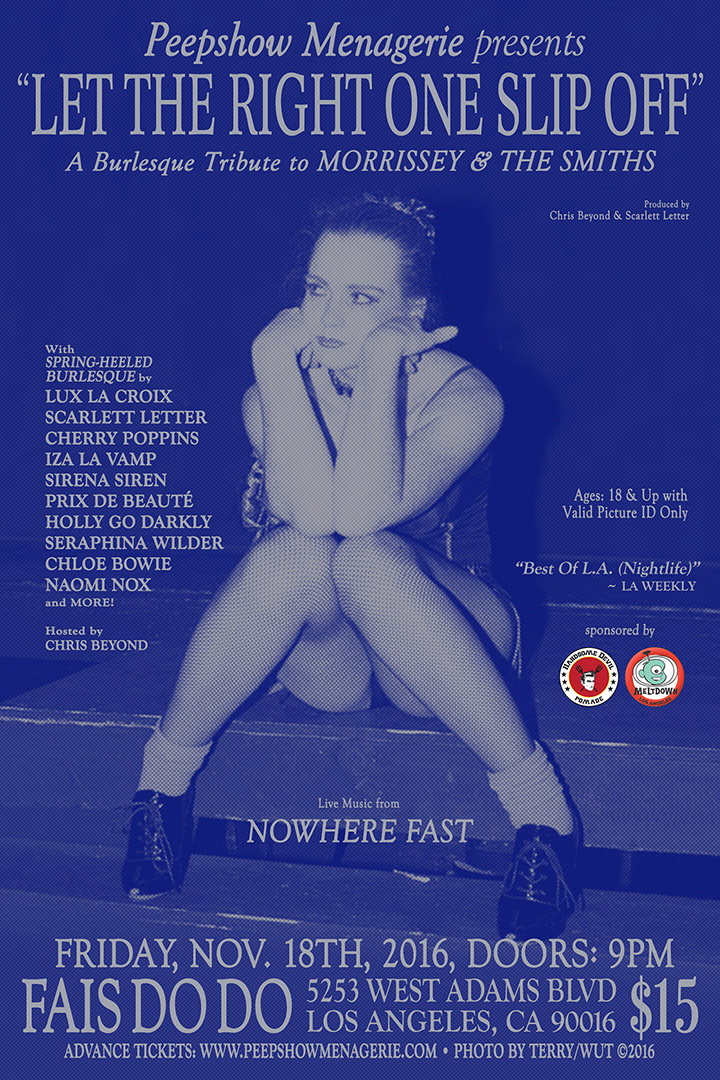 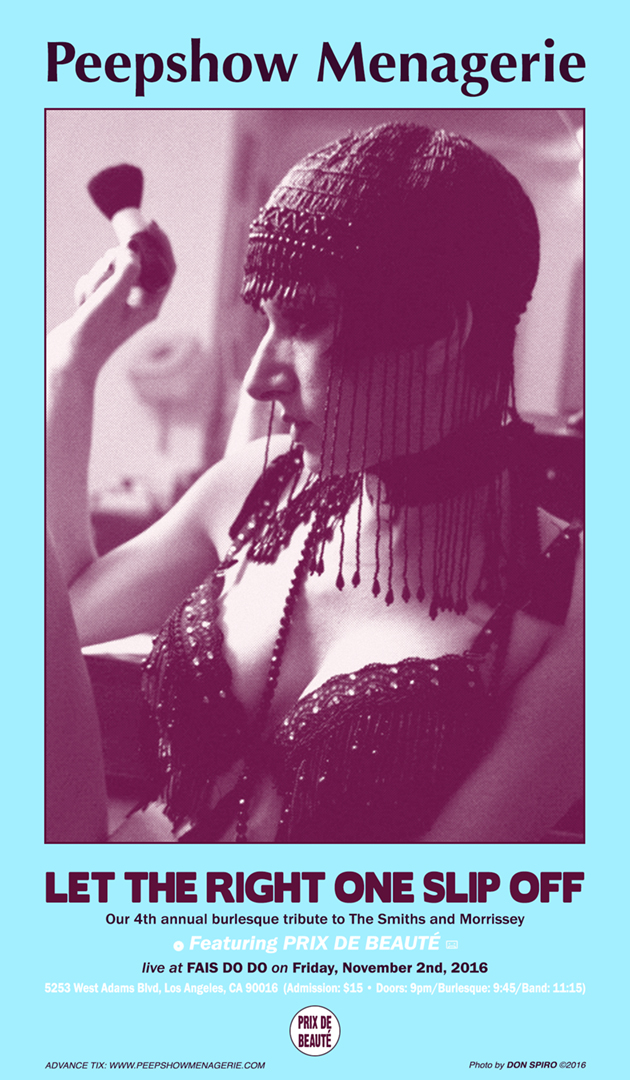 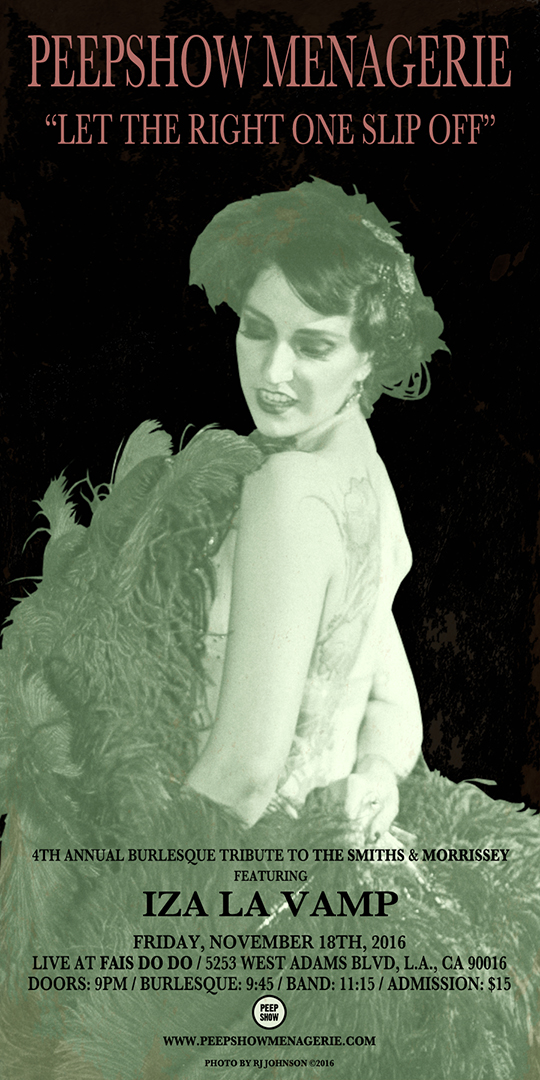 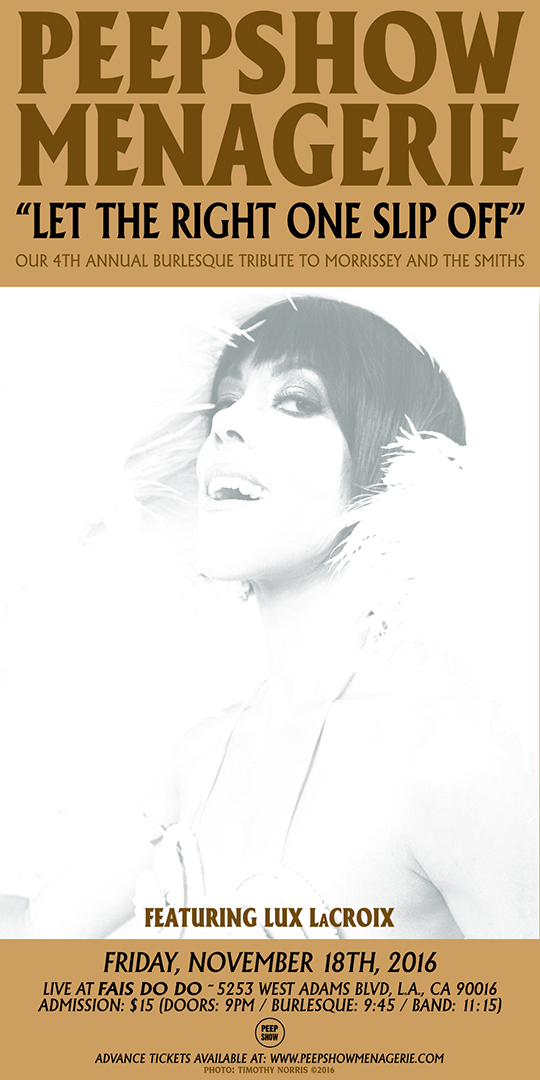 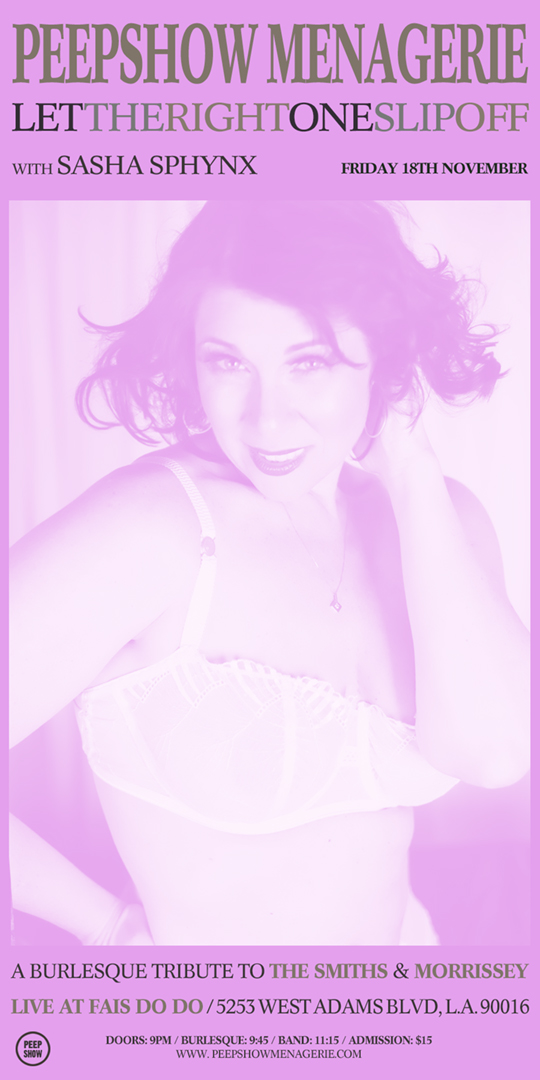 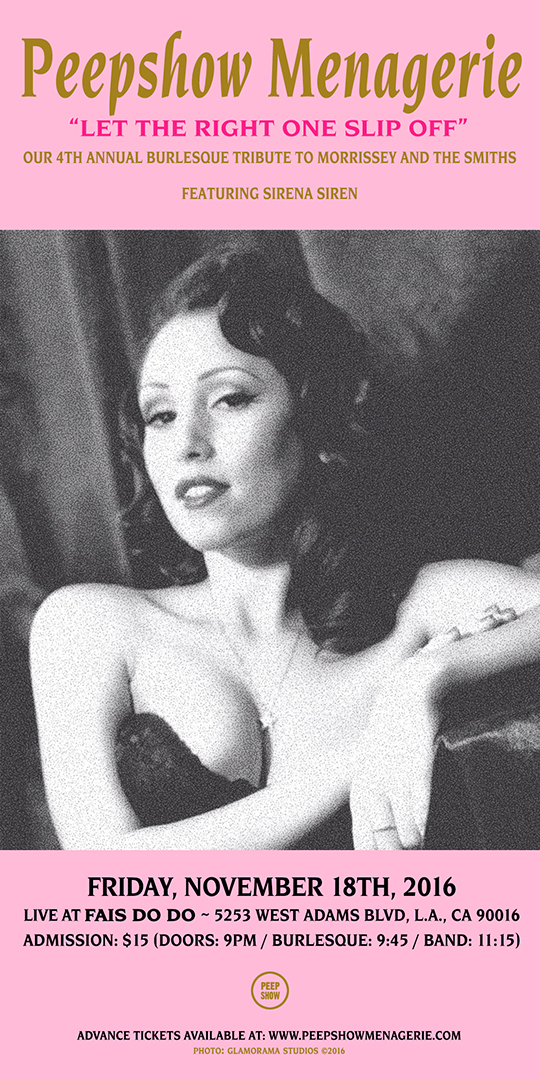 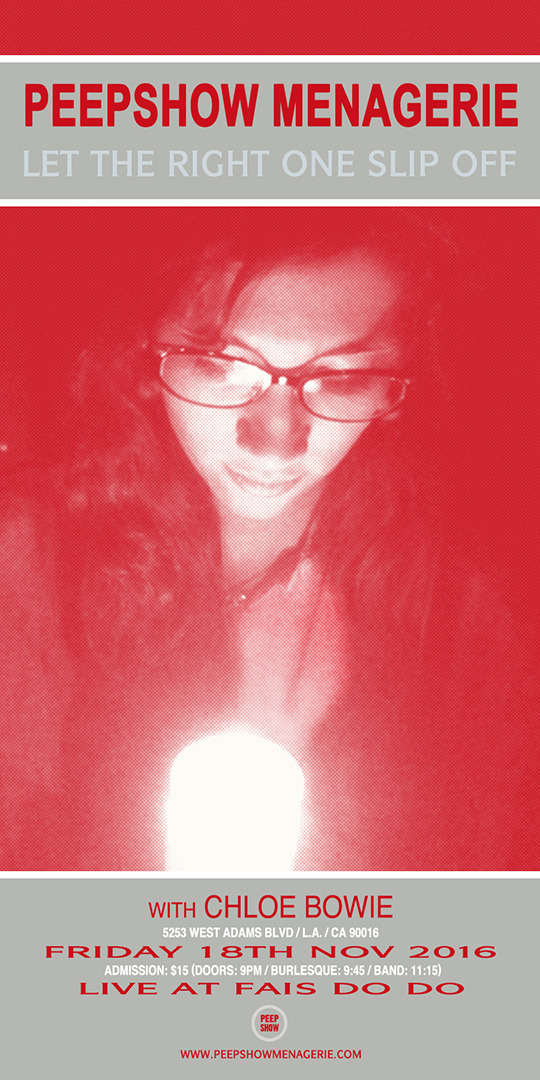 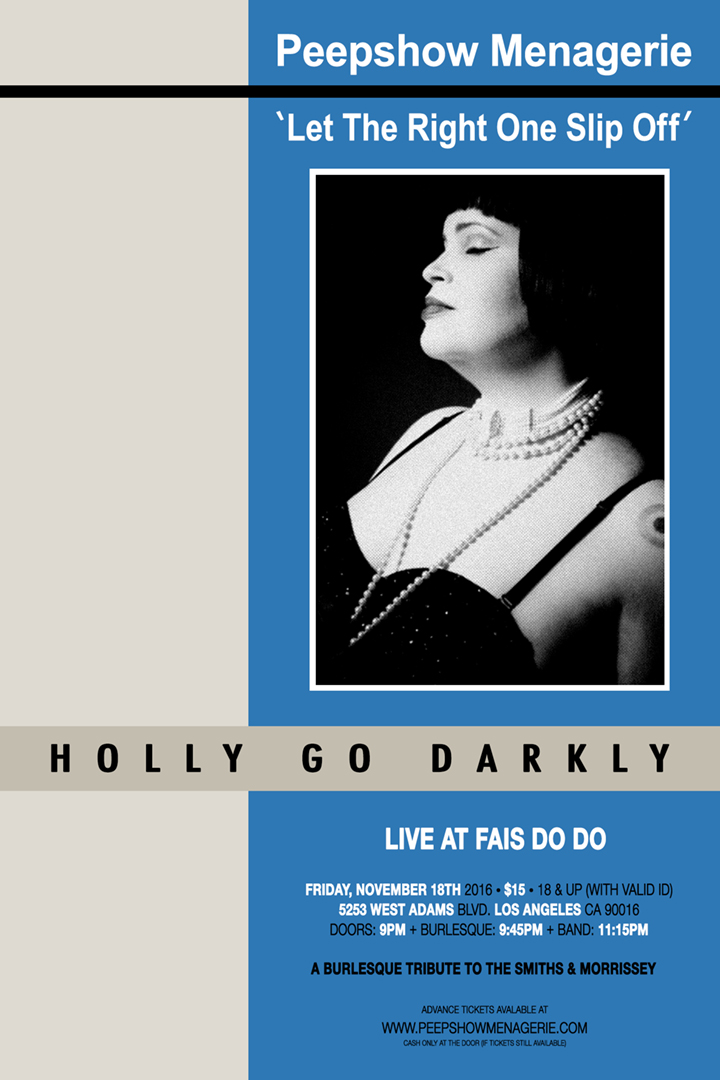 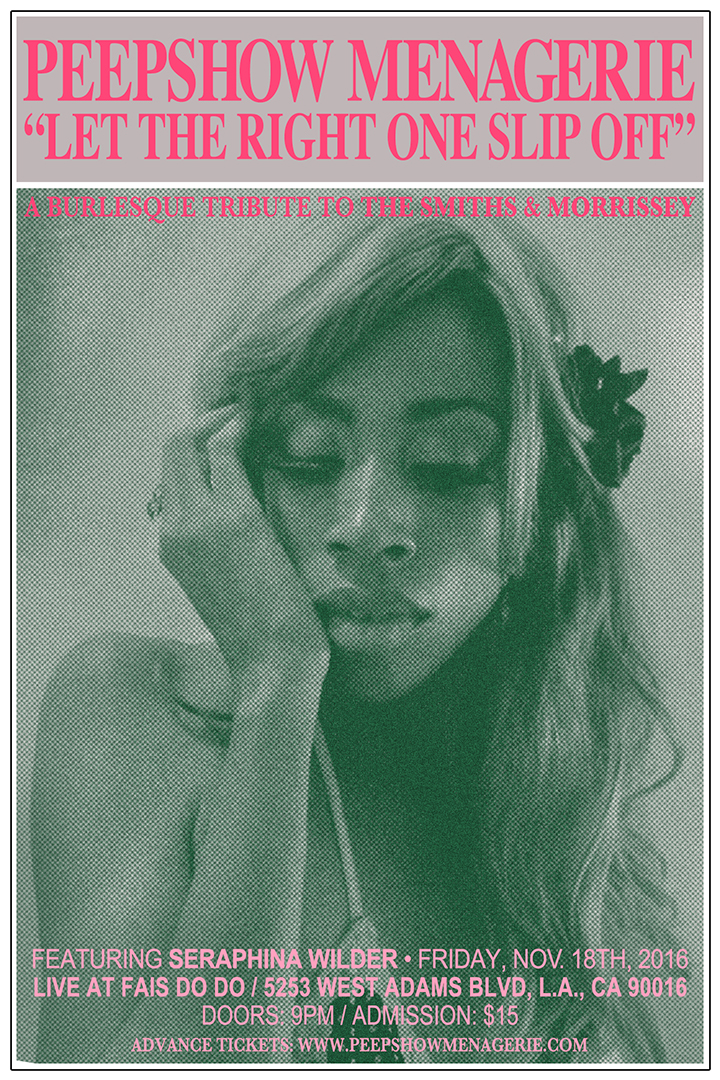 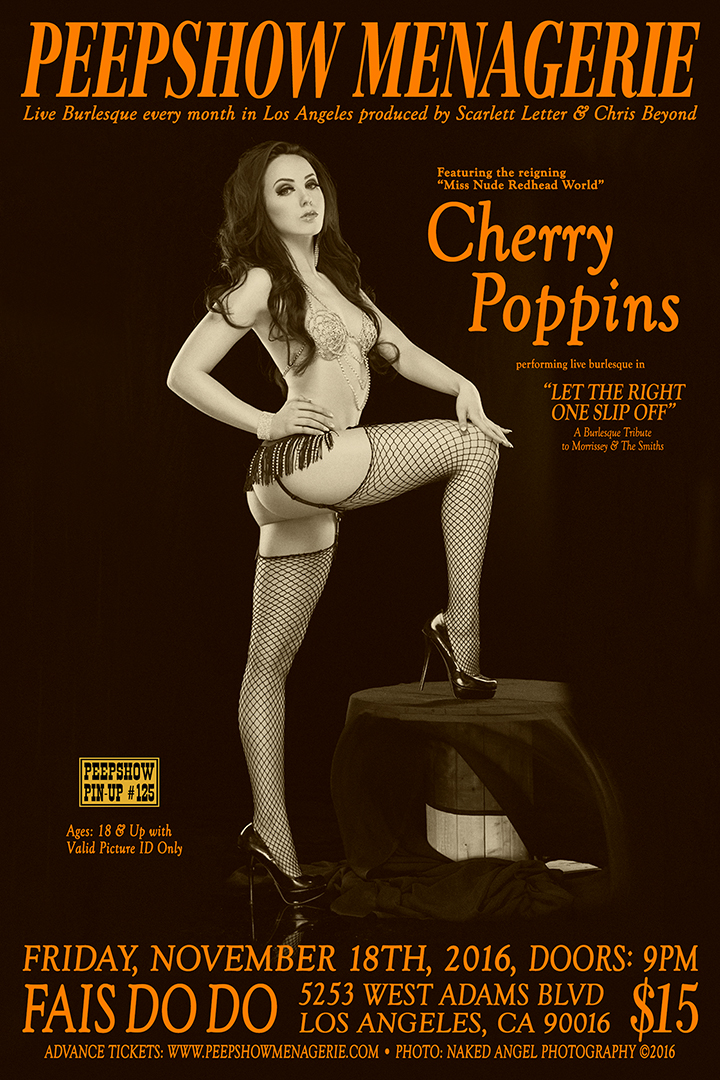 More Promo Posters for tonight!
Hope to see you there!

Tickets available at www.peepshowmenagerie.com
~ Chris Beyond

More Promo Posters for tonight!
Hope to see you there!

Nice posters!
"I love you Moz!" So when did you last see your psychiatrist, hmm?
"Yesterday. She said it was okay. She loves you too oo."
You must log in or register to reply here.

"Let The Right One Slip Off" - A Burlesque Tribute to Morrissey & The Smiths returns (LA, May 15, 20

Do Latinx Fans Still Love Morrissey (And Will They Show Up At Hollywood Bowl This Weekend)? - LAist
2 3 4