I've been cleaning out my desks/bookshelves and came across this odd cold preparation box: 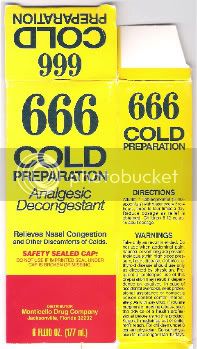 Inside were some invitations to Moz house parties I held in the 90s, one as a consolation when Moz canceled US shows in the mid '90s (at Carnegie Hall in NYC and Grand Olympic Auditorium in Hell A). As I recall, the b.s. excuse by the promoter was that "the band was not rehearsed to Morrissey's satisfaction". Uh huh...9 months and they couldn't rehearse enough?!?! Several years later Moz said that he had never agreed to the shows and that a tour was put together without his consent. Whatever.

The second one was a preview party for the Boxers e.p. Great fun! Nicole Garrison, editor of the Morri'zine graced us with her presence. I had a d.j. set-up with 2 turntables, 2 cd players, a mic, and a mini-mixer so we had a kind of make-shift karaoke machine (if the vocals are on separate channels, they can be faded down). This was pretty fancy stuff 15 years ago, you young whippersnappers! I recall needing liquid courage (had vodka, Tizer, and Perrier -- bleurgh!) for Smiths-Moz karaoke. But it wasn't needed for sing-alongs with Matt from the Bigmouth list playing acoustic guitar -- that was for the '94 cancellation consolation party. I think Nicole played us some songs on her guitar.

I also remember getting kicked out of the hotel at the Smiths convention in Pasadena in '97 (was it?) because we sang "Jeane" too loudly with an acoustic guitar, and the couple downstairs complained. But still had great memories, meeting international list members f2f for the first time after talking to them for years, seeing actual ex-Smiths in person...

Front and back covers of the invites: 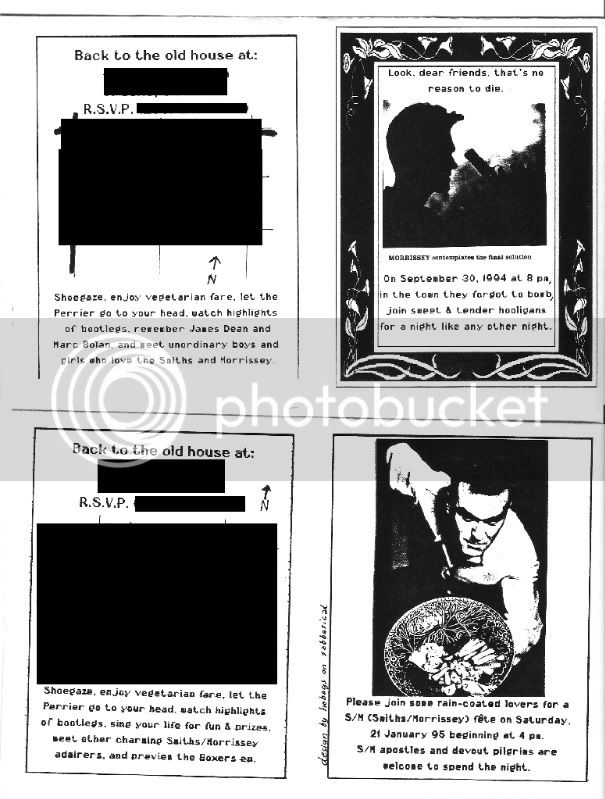