Noel Gallagher is so jealous of Harry Styles 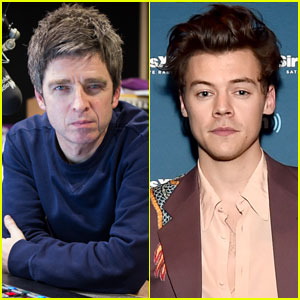 It’s safe to say Noel Gallagher is not a big Harry Styles fan.

“You’re not telling me Harry Styles is currently sat in his room somewhere writing a song,” he said. “With any joy, he’ll be surrounded by a lot of 17-year-old girls, do you know what I mean? F-cking getting coke blown up his assh-le, hopefully. But I can assure you, he doesn’t got an acoustic guitar out trying to write a middle-eight for someone. You know what I mean?”

Harry is credited as a writer on all 10 tracks off his debut solo album.

“Because people of my age have let themselves go, you know, and they’re kinda fat, balding idiots with fading talent, too,” Noel continued. “They kind of sit in their garage and write sh*t like ‘Sign Of The Times’ for Harry Styles. Do you know what I mean? Which, quite frankly, my cat could’ve written it in about 10 minutes.”

“I don’t mind the song,” he backtracked. “My wife was falling over herself. ‘Have you heard Harry Styles‘ new song?! It’s like Prince!’ And I was like, ‘I can f-cking assure you, without even hearing it, I can assure you it’s not like Prince.’”

Noel Gallagher, from Oasis, jealous at Harry Styles?
Maybe a tiny little bit for his popularity amongst the youngsters but come on!

Noel is and was the musical brains for Oasis, he wrote the music for the most part and he is an excellent guitarist, and if he hasn't been throwing it all away has made an amount of money Harry Styles will never be able to make, even if he was reincarnated as a bankers son with a golden spoon in his mouth.

By the way, I never heard about anything negative from Noels mouth regarding Moz.
On the contrary, he admires him and there is no need for jealousy, so he is okay.
Sometimes I think about the possibility he might co-operate with Moz and I think it could be marvellous.
I mean, as musical professionals they could come up with a very good product.
Cheers Calamine!

"I love you Moz!" So when did you last see your psychiatrist, hmm?
"Yesterday. She said it was okay. She loves you too oo."
You must log in or register to reply here.

Noel Gallagher wants to work with Morrissey - The List

T
Liam Gallagher talks about growing up and forming Oasis